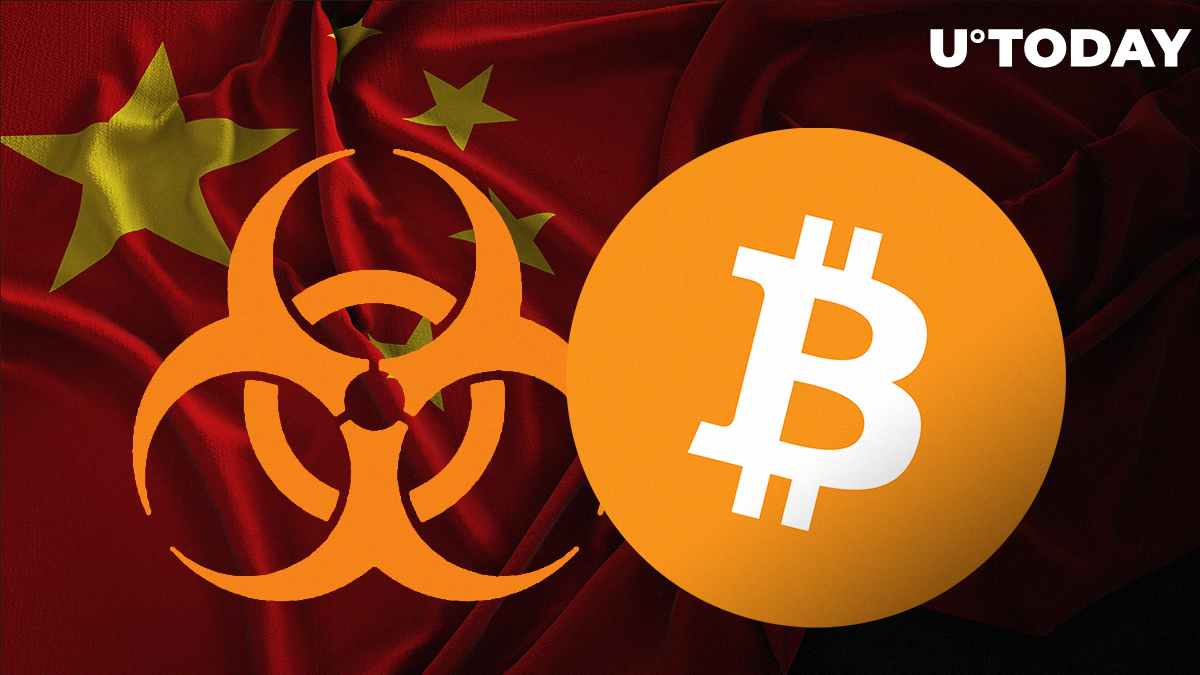 In a move to prevent the spread of the deadly coronavirus, China has decided to sanitize its old banknotes, Bloomberg reports.

According to many crypto proponents, China putting its money under quarantine is one of the many reasons why the world needs Bitcoin (BTC), a decentralized and permissionless cryptocurrency.

Related
China Will Be World’s Blockchain Leader by 2023: Report

Stacy Herbert, a television presenter who co-hosts 'Keiser Report' together with early Bitcoin (BTC) adopter Max Keiser, tweeted that Bitcoin "doesn't get quarantined" when commenting on the news.

Even though businesses are not allowed to refuse banknotes, China is steadfastly turning into a cashless society. Younger generations prefer mobile payments that are controlled by the duopoly of Alipay and WeChat Pay.

Adel de Meyer, the co-founder of DAPS Coin, tweeted that it is necessary to get rid of the middleman in the era of digitalization. Apart from BTC, there are also privacy coins such as Monero (XMR) and Zcash (ZEC).

Another reason to go completely digital with 'cash'.. Not debit or credit cards using a middle man but peer to peer being the safest, fastest and most secure option aka #crypto ? and... if you can use #privacycoins even better. https://t.co/8KRUiDGbWZ

China to launch its own crypto

Despite being responsible for 90 percent of the global payments market, China didn't hesitate to nip crypto in the bud by banning Bitcoin and other digital assets in September 2017.

The People's Bank of China is now actively working to launch its own cryptocurrency that it will be able to control. As reported by U.Today, the PBoC teamed up with commercial banks and telecom operators to start testing it in Shenzhen and Suzhou.