Bitcoin Mining Is Now Even More Controlled by China: Report 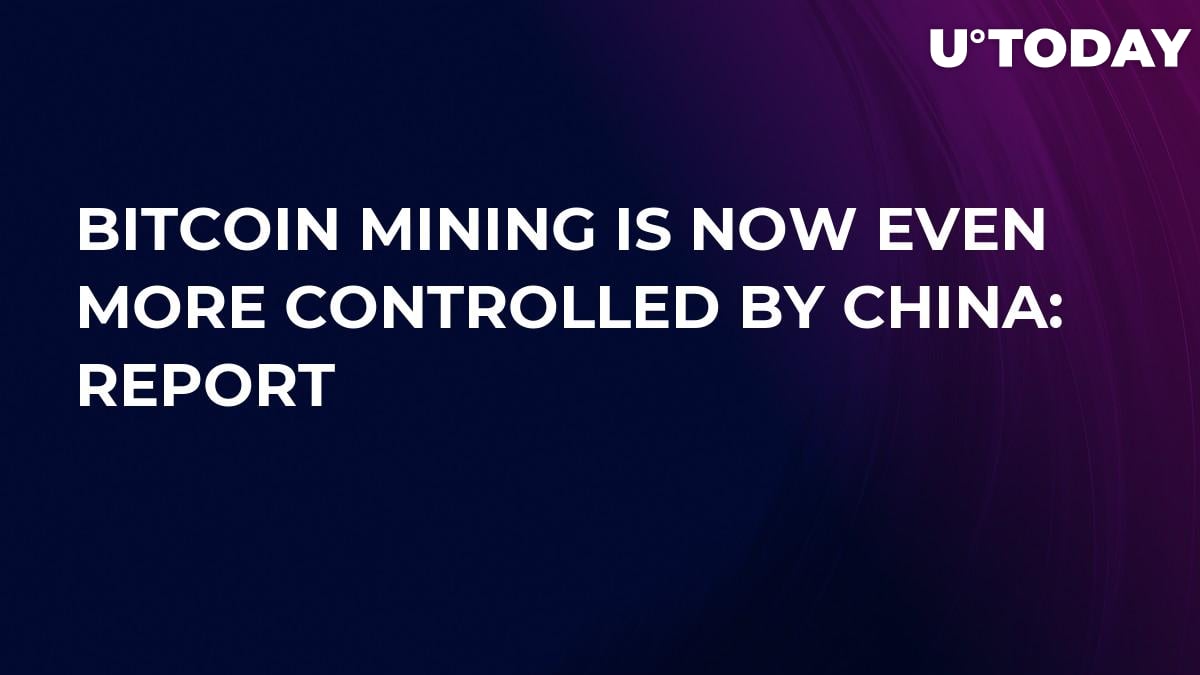 According to a recent report by digital asset management firm CoinShares, China is now responsible for 66 percent of Bitcoin's total hash rate, which represents a six percent increase from July.

Notably, China is currently producing the biggest share of BTC since CoinShares started monitoring its hashrate in 2017.

In early November, Bitcoin mining was removed from the list of industries that China wants to eliminate. The move essentially confirmed the country's plan to capitalize on the mushrooming growth of its mining businesses.

Despite numerous troubles, Chinese giants in the likes of Bitmain and Canaan continue to reign supreme with state-of-the-art equipment. As reported by U.Today, Jihan Wu, who's now at the helm of Bitmain after ousting the company's co-founder Micree Zhan, wants to return his company's glory days by deploying a new sales strategy and hedging their customers against volatility.

“This is beneficial to the Chinese mining industry. If you are the first to increase your proportion of the hashrate, and you can do that before your competitors, that’s generally good,” said Chris Bendiksen, the head of research at CoinShares.

The fact that China's authoritarian regime has so much control over Bitcoin mining remains one of the main concerns within the crypto industry. Despite President Xi Jinping's recent embracement of blockchain, Bitcoin remains banned in the communist state.

That said, some other countries are vying to chip away at China's share in the Bitcoin mining market. As reported by U.Today, Russian internet ombudsman Dmitry Marinichev is building a gargantuan mining farm that plans to steal China's mining crown. Billionaire Peter Thiel came up with a similar plan by investing a cool $50 mln in a Texas-based mining company.