Alex Dovbnya
Was Holo’s rising popularity on Twitter a major catalyst for the token’s impressive growth this January? 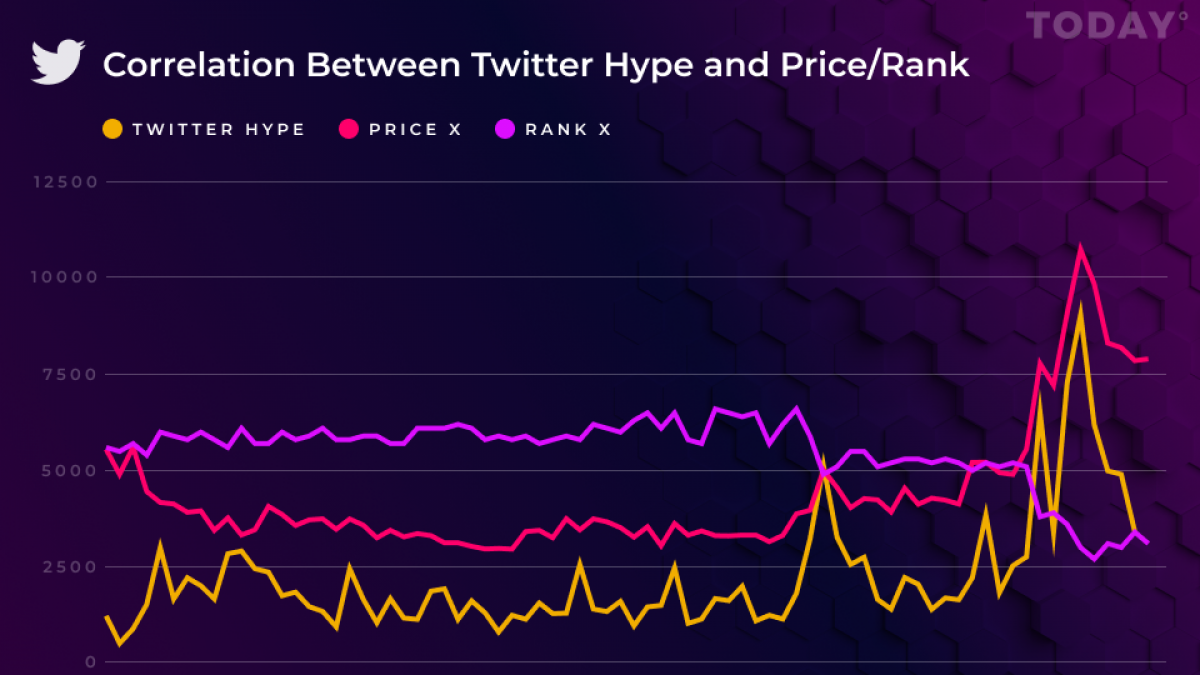 This January turned out to be a great success for Holo (HOT) with a monthly gain of 199 percent. A recent DataLight study shows the correlation between its Twitter hype and price in order to determine what caused what.

A precursor to a future price pump?

Holo has been hovering within the top 60 range without any sizeable gains since Nov. 16. Its Twitter hype (the total amounts of mentions, likes, and retweets) also was on the same level given that the token mostly remained under the radar of crypto enthusiasts.

On Jan. 7, Holo’s Twitter hype surpassed the 3,000 mentions mark for the first time (3,212 mentions), which was quickly followed by a huge spike in Twitter activity (5,125 mentions) on Jan. 8. Notably, Jan. 8 was also the first time the token cracked the CMC top 50, occupying 49th place.

Witnessing a bull run amidst the crypto winter

After a minor success, Holo’s Twitter activity fizzled out. Things were relatively quiet until Jan. 24 when Twitter hype witnessed more than a two-fold increase and reached a brand new peak position on CMC — 38. The bullish trend continued, and HOT price reached its current year-high of $0.001527, landing 30th place on CMC. Yes, you guessed it — its Twitter mentions also skyrocketed to 9,049.