Darryn Pollock
With the markets fluctuating and looking to be on an uptrend, Cardano looks to be leading the altcoin charge 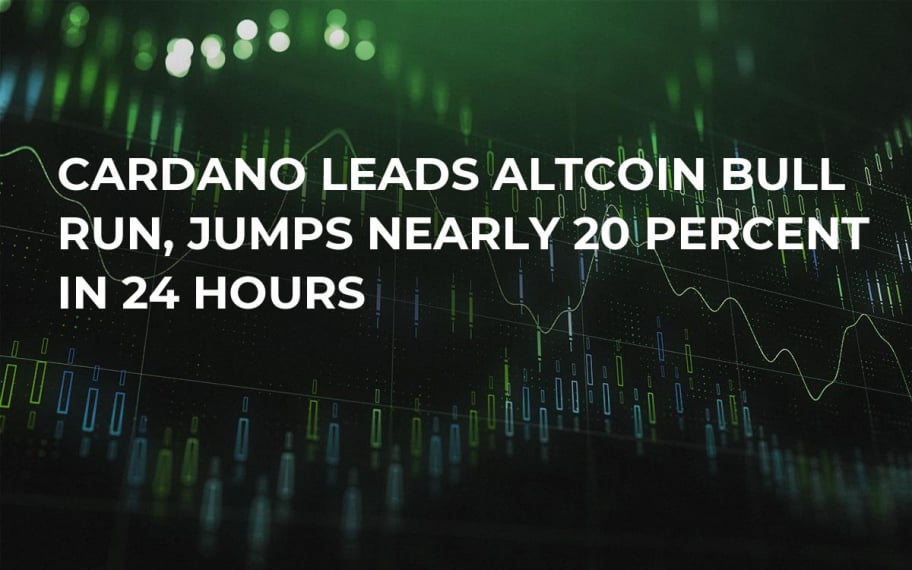 With the cryptomarkets having come through an interesting few days over the G20 conference in Argentina, the news is positive and some, like Tom Lee, believe a bull run is about to break out.

If Lee is right, then the coin in the altcoin market making the first move is Cardano, a smart-contract based Blockchain that is said to rival Ethereum.

Cardano has seen a price increase of 19 percent in 24 hours in the latest breakout for a number of altcoins.

Cardano on the rise

A look across the markets show that a number altcoins have seen some impressive gains, and as is often the case, those with the lower market caps usually jump higher. However, Cardano, sitting at number six on Coinmarketcap is forging ahead.

Cardano’s price sits at a comfortable mark of $0.22 which may be well off its all-time high of last year, but that is a similar situation for most coins. It is rather worth comparing this altcoin’s gains compared to the biggest one, Bitcoin.

Bitcoin, over the past few days, has seen a rise in its value, thanks in part to positive news coming from the G20, yet, Cardano is out doing it by over 10 percent in growth.

With $251.83 mln in 24-hour trading volume, the demand for Cardano appears to be more than genuine. This trading volume is relatively low for this currency, although it is more than acceptable given the overall market trend.

Cardano to lead the charge?

Tom Lee of Fundstrat has been putting forward some lofty predictions of late, stating that by 2020 he calculates Bitcoin will reach $91,000. He is also now stating that there will be a turnaround in fortunes for altcoins as they approach a bull market.

"After a 75 percent decline in altcoins since Jan. 13, our altcoin indicator ("% of Bitcoins rising >200% in past 90D or 3X) now sits at three percent, suggesting the bulk of the altcoin retracement is done-in other words, we believe the altcoin bear market is largely over," a note to Fundtrat clients read.

"While the bulk of the decline is behind us, a bull market for altcoins, however, is not necessarily underway," Fundstrat added.