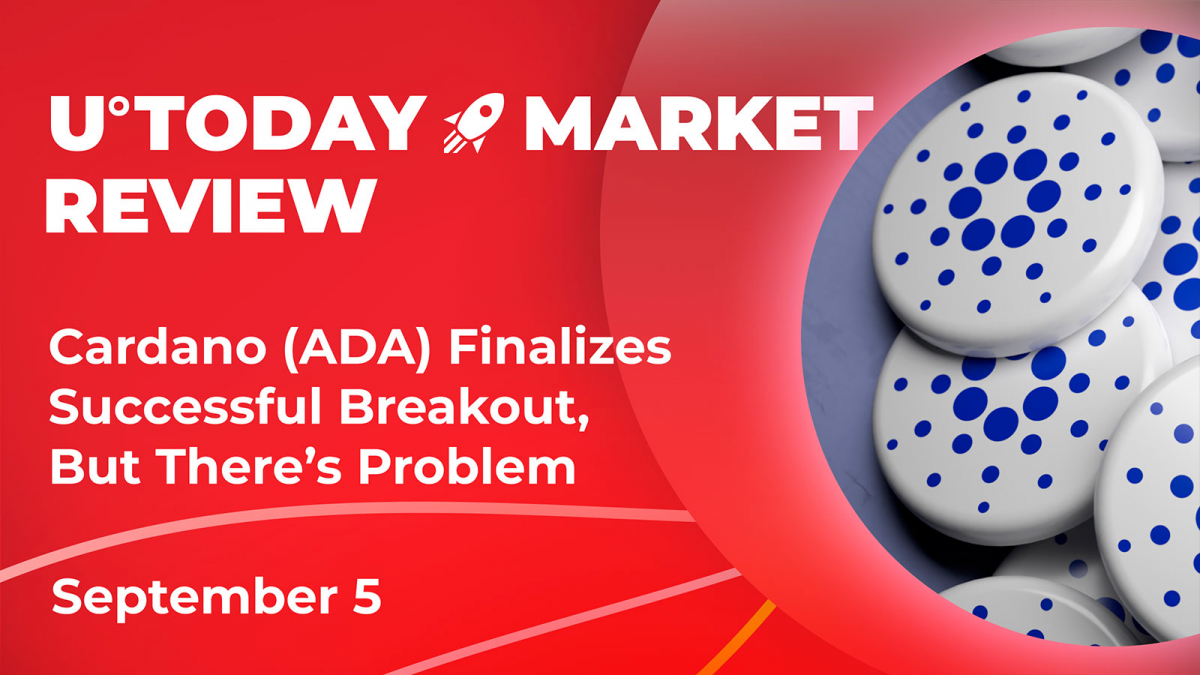 In one of U.Today's market reviews, we mentioned how Cardano could be on the verge of a breakout that might become a starting point for a new rally to help cryptocurrency gain a solid foothold at the top of the market. As we expected, a breakout has occurred.

On the ADA/BTC trading pair, one of the biggest Ethereum competitors started rallying during the weekend trading session as bulls were able to break the local resistance with less selling pressure compared to regular days of trading.

Unfortunately, after bears have awakened, ADA faced an immediate spike in the negative trading volume and lost almost 2% of its previously gained value. While the coin has not lost even half of what it has gained during weekend trading, it should be considered a worrying sign.

With the negativity prevailing on the cryptocurrency market, Bitcoin will most likely continue to face elevated selling pressure, which might push ADA further against BTC and create a false feeling of safety for investors.

If we take a look at the ADA/USD pair, it becomes clear that the asset failed to break through the local resistance level of the 50-day moving average. Another unsuccessful attempt to break the moving average would be the third time ADA could not enter recovery mode, which might be a bittersweet pill to take for the supporter of the coin on the market.

The DXY index that represents the movement of the U.S. dollar against a bracket of foreign currencies has reached a 20-year high today, showing how far the financial market is from returning to conditions we saw in the last 12 years.

The strict monetary policy is still providing significant pressure on risk-on assets, including cryptocurrencies that have already lost around 70% of their value since the all-time high we saw back in November.

Less than 10 days left before the Merge

At the beginning of next week, we will finally see the implementation of the biggest update in the digital assets industry for the last year. Ethereum will no longer use the PoW consensus algorithm.

Miners are still moving their hashpower into alternative options like Ethereum Classic or Ravencoin, which has recently gained first place among the top of most profitable cryptocurrencies in the last 24 hours.

As more miners move to networks like Ravencoin and Ethereum Classic, investors believe that those networks will start growing exponentially as their fundamental value increases thanks to the power invested in their blockchains.