BTC, ETH, BNB, DOGE and ADA Price Analysis for May 22

Denys Serhiichuk
Is the correction wave on the cryptocurrency market coming to an end? 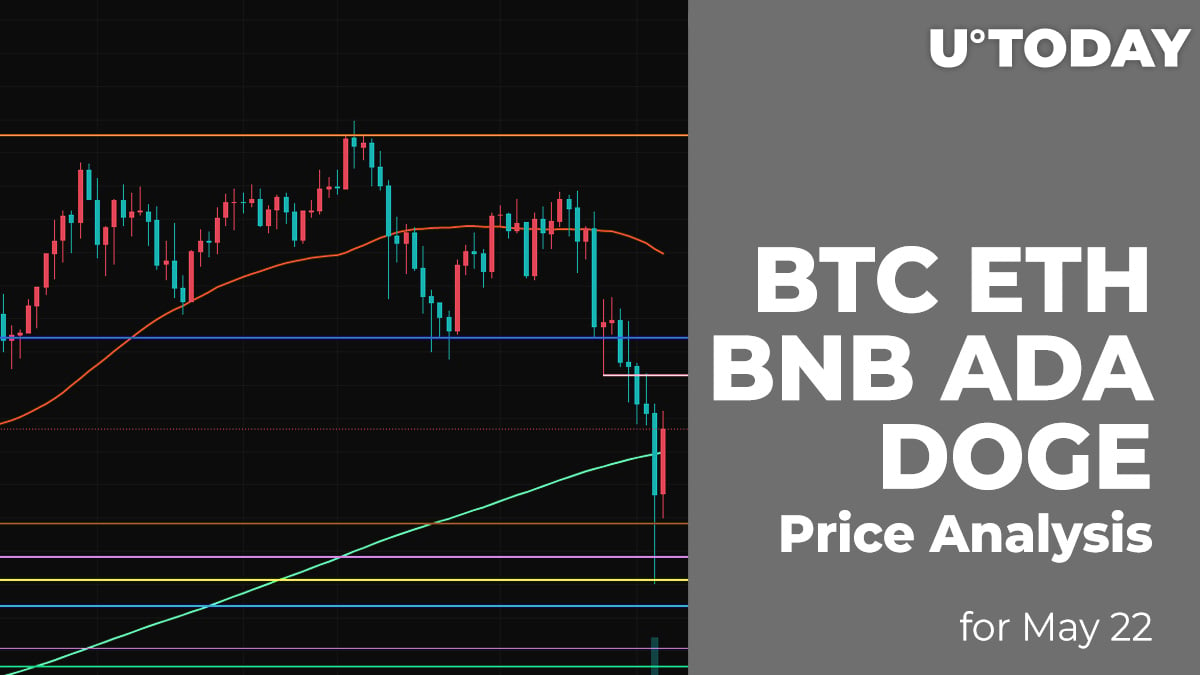 The weekend has begun with a continued bearish mood on the market as all top 10 coins are again in the red zone.

Bitcoin (BTC) has again lost the least, with a decline of 6%.

Despite the decline, bulls have bounced off the support at $34,000, having confirmed the power of bulls. The selling volume is reduced slightly, which means that buyers can try to touch the resistance at $42,100. Such a price action is relevant for the next week.

Ethereum (ETH) has also started the weekend with a price drop, as the decrease has accounted for 9%.

As is the case with Bitcoin (BTC), the decline might be another correction, followed by future growth. The selling trading volume has gone down, which means that bears are running out of power. Respectively, bulls have all the chances to seize the initiative and return the rate of the chief altcoin to the vital mark of $3,000 soon.

The drop of the native exchange coin over the last 24 hours is by 13%.

However, from the mid-term projection, the price has bounced off the support four times, which means that bulls are ready to keep fighting for this level. Moreover, the selling volume keeps decreasing and strengthening the positions of buyers.

If the situation continues and bulls can keep Binance Coin (BNB) trading above $300, the mirror level at $480 may be tested by the end of the next week.

Binance Coin is trading at $327 at press time.

Cardano (ADA) has not shown such a deep crop as Binance Coin (BNB) as the altcoin has lost 6% from its price share since yesterday.

Despite the price loss, Cardano (ADA) is showing a bounceback. However, the trading volume remains low. From the technical point of view, the ongoing rise may continue until the coin reaches the resistance at $1.66 on the 4H chart—where bears might seize the short-term initiative.

DOGE is more of a loser than Cardano (ADA), as the price has gone down by 9%.

On the daily chart, DOGE is trading similarly to Cardano (ADA), as the altcoin has bounced off the MA 50 and continues its rise. Until bulls can keep DOGE above the MA 50, the long-term scenario remains bullish. All in all, the next target at which buyers may face problems is the resistance at $0.45.