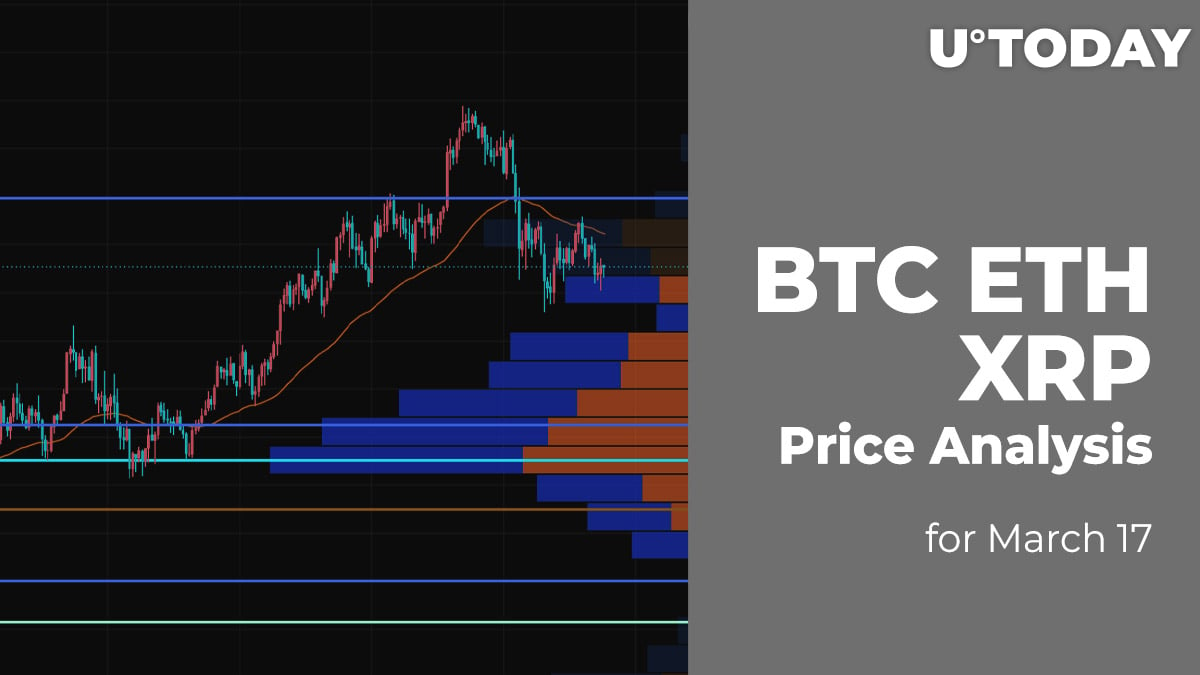 The correction has continued on the market as coins are still in the red zone. Meanwhile, Cardano (ADA) is the top gainer out of the top 30 assets, rising by almost 20% over the last day.

Yesterday morning, the level of $53,400 limited the decline in the BTC price and, by the end of the day, the pair recovered to the area of average prices.

Buyers managed to pierce the two-hour EMA55 tonight while volumes were decreasing. During the day, buyers will try to restore the pair to the resistance of $58,000. But if the EMA55 reverses the price downward, the pair will return to the area of the weekly low (to the support of $53,400).

Yesterday morning, buyers confidently pushed the Ethereum (ETH) price back to the two-hour moving average EMA55. However, in the second half of the day, the volume of purchases decreased significantly, and the pair could not continue to rise above the level of average prices. Buyers have tested the POC line ($1,800) several times, but so far they have been unable to overcome the resistance in the $1,800 area.

Today, bulls will repeat their attempts to restore the pair above the Volume Profile indicator line ($1,800). If they fail to gain a foothold above the level of average prices, the decline will continue to the support at $1,680.

Yesterday, the XRP price managed to gain a foothold above the upper border of the blue channel, and buyers managed to pierce the resistance at the level of $0.50. The March high is set at $0.520.

The pair could not stay above the psychological level of $0.50 for long and returned to the support of $0.450 by the end of the day.

Buyers initiated another attempt to restore the pair above the $0.50 level tonight but, in the morning, they were stuck around the $0.475 mark. If the growth continues and fails, the pair will return to the blue corridor.