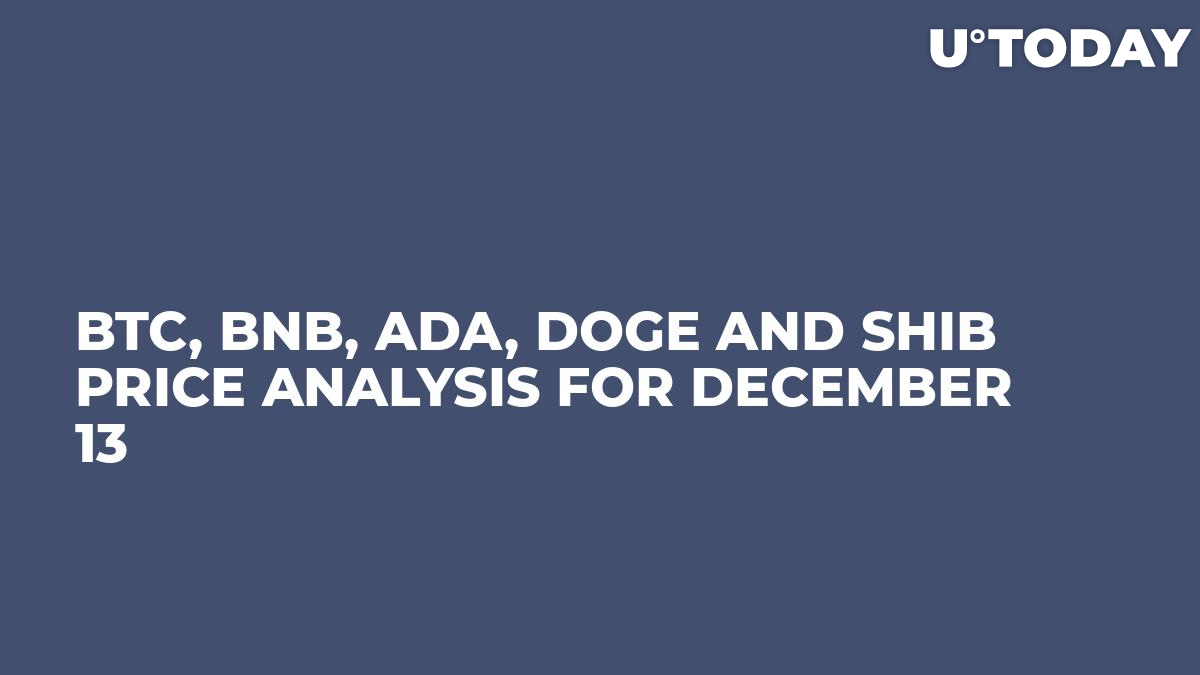 The new week has started with a neutral mood on the cryptocurrency market as some coins are trading in the green zone, while others are in the red.

Over the past weekend, buyers tried to restore the Bitcoin (BTC) price above the two-hour EMA55 level. On Saturday evening, the pair tested the moving average EMA55 and tried to stay above it for a long time, but the movement took place in a narrow sideways range at the level of average prices.

On Sunday evening, buyers were able to overcome the psychological barrier of $50,000, but the price could not hold in the area of ​​the local maximum of $50,800. As of this morning, the bears have returned the price below the two-hour EMA55.

Today, bulls may try to repeat the breakout of the average price level in order to gain a foothold in the resistance area of ​​$53,400.

Binance Coin (BNB) has begun the new week with a continued decline. The rate of the native exchange coin has decreased by 2.34%.

After a false breakout of the support at $540, BNB is coming back to it, which means that bears are more powerful than bulls. If sellers can break the level and fix below it, one may expect a sharp drop to the psychological mark at $500.

However, if the prices bounce back again, there are chances to see the correction to the zone of the most liquidity around $600.

Cardano (ADA) has lost the least with a fall of 1% over the last 24 hours.

Despite the fall, Cardano (ADA) is located in a channel between the local support at $1.18 and the resistance at $1.932. Currently, the rate is located closer to the support, which means that sellers dominate over buyers. If bears can keep the pressure, there is a possibility of seeing the continued drop to the zone around $1.

DOGE is trading similarly to Cardano (ADA) with a price drop of 1% since yesterday.

DOGE remains trading under bearish pressure as the price is returning to the support after a recent false breakout. Even though selling trading is low, the breakout of $0.1617 may lead to the ongoing fall to the next support level at $0.1310. Such a scenario is relevant until the end of the current week.

SHIB is the only gainer from the list today as its price change has accounted for +0.10%.

SHIB is showing weakness after short-term growth to the zone around $0.000040. If buyers cannot seize the initiative, bears may continue pushing the price more profoundly and lead SHIB to $0.000030. In this case, buyers' reaction may be in the zone of the most liquidity around $0.000025.