Denys Serhiichuk
Are there any chances left for midterm bull run? 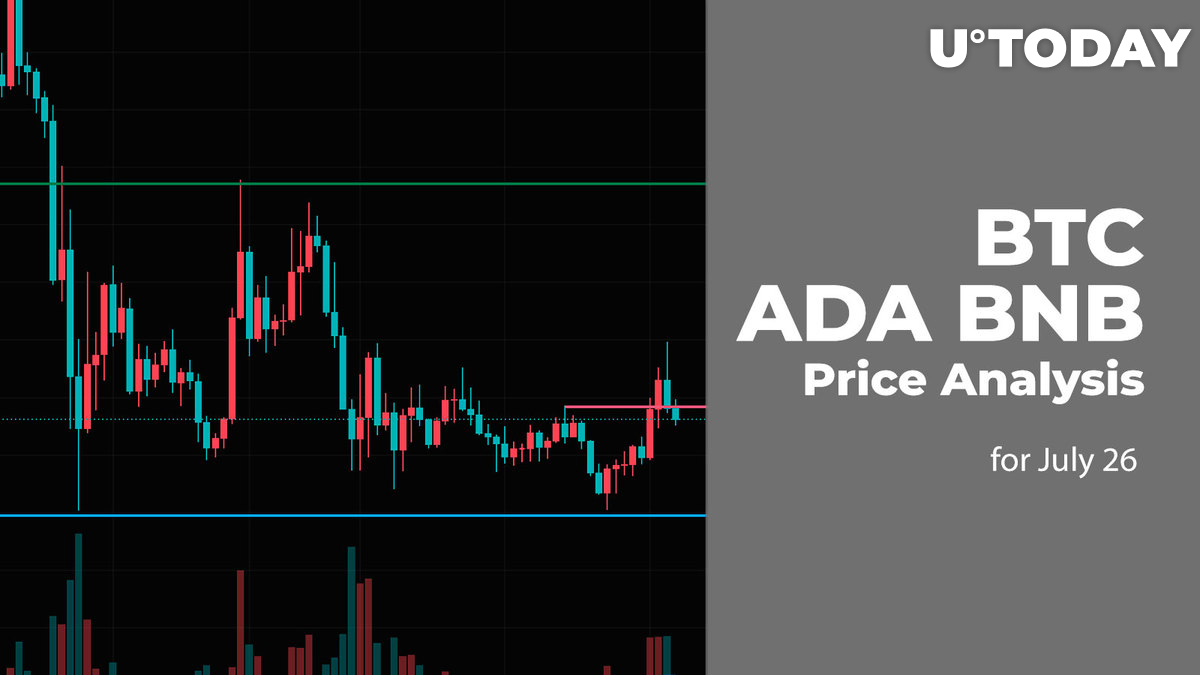 Bears have continued their pressure as all of the coins from the top 10 list remain in the red zone. 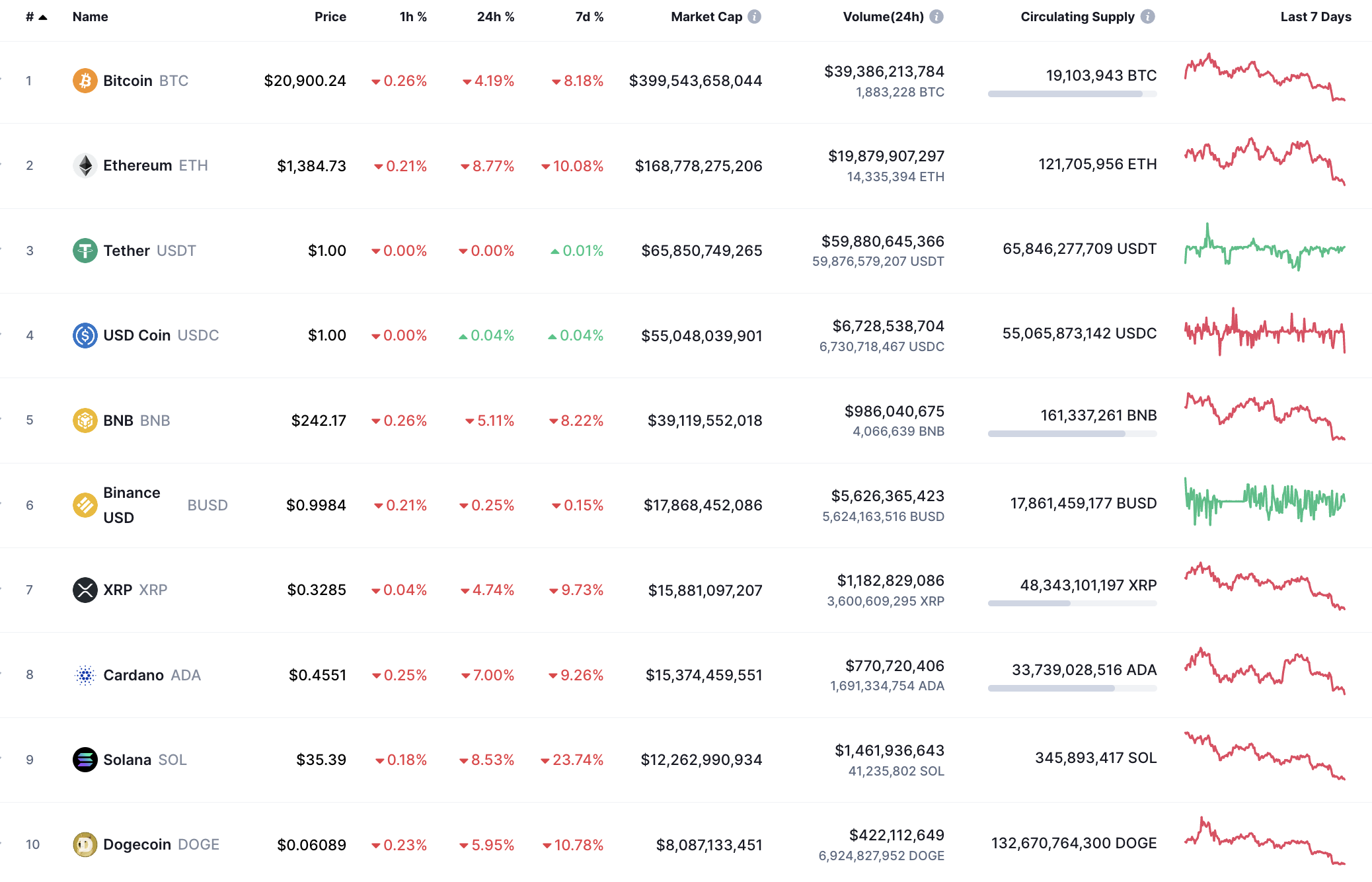 Despite the fall, Bitcoin (BTC) looks stronger than altcoins with a decline of 4.22%.

Bitcoin (BTC) has continued the fall after yesterday's bearish candle against the increasing volume. Thus, the price is below the vital $21,000 mark, meaning bears might have seized the initiative.

Binance Coin (BNB) has followed the drop of Bitcoin (BTC), going down by 5% over the last 24 hours.

On the daily chart, Binance Coin (BNB) has also broken its important level at $245.2 and is currently trading below it. If buyers cannot return the price to the previous local peaks, one can expect a further downtrend to $220 shortly.

Cardano (ADA) is the biggest loser from the list, falling by 7%.

Cardano (ADA) is looking worse than other coins as the altcoin keeps going down after the false breakout of the $0.50 zone. If buyers lose the $0.45 mark, there is a high possibility to see a decline to the support level at $0.3974.