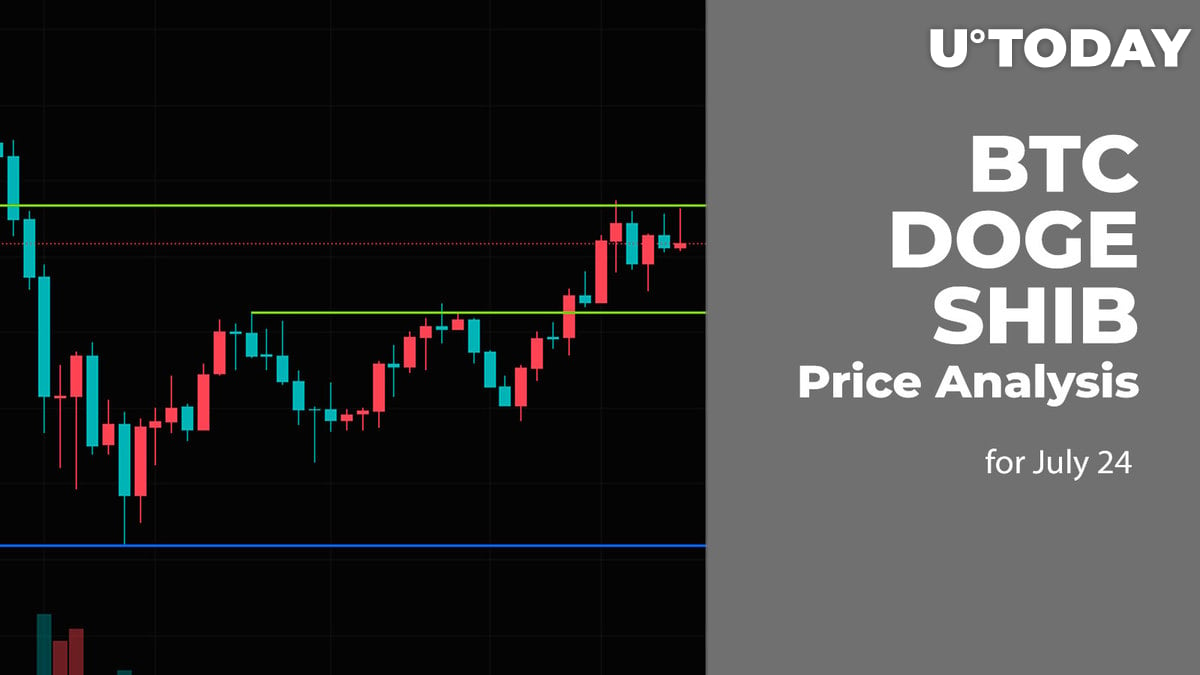 On the last day of the week, bulls have seized the initiative as all the top 10 coins are again in the green zone. 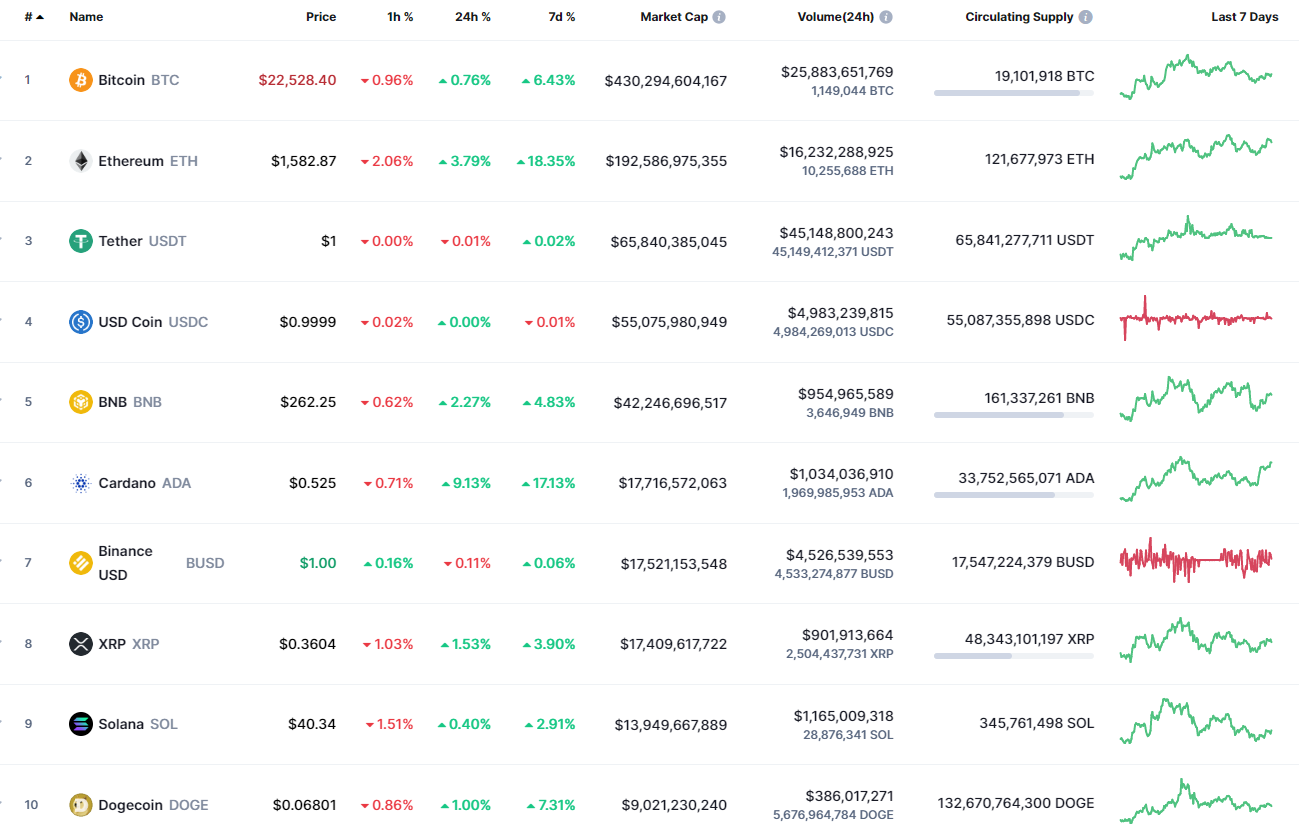 From the midterm point of view, Bitcoin (BTC) is about to fix above the $22,400 mark. In addition, sellers' power is accompanied by high volume, which means that there are high chances to see a further rise next week.

All in all, overcoming the aforementioned level might be a prerequisite for an upward move to the $24,000 zone next week.

DOGE has outperformed Bitcoin (BTC), as it has risen by 6.72% this week.

Despite the rise, DOGE is trading sideways as the rate is located in the middle of the wide channel between the support at $0.04978 and the resistance at $0.07759. The low volume confirms that neither side is ready for a sharp move. Growth is only possible if DOGE returns to the $0.07 mark and fixes there.

SHIB has seen the most growth on today's list as the price has rocketed by almost 7% over the past week.