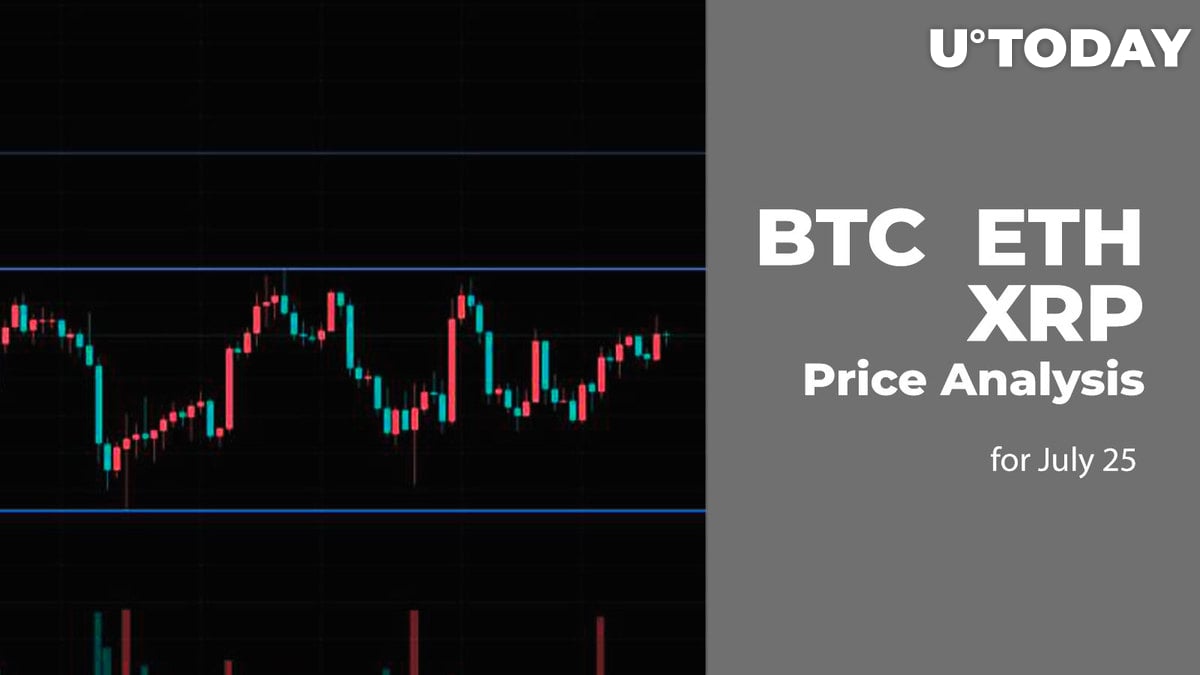 The new week has begun with a correction on the cryptocurrency market as most of the coins have returned to the red zone. 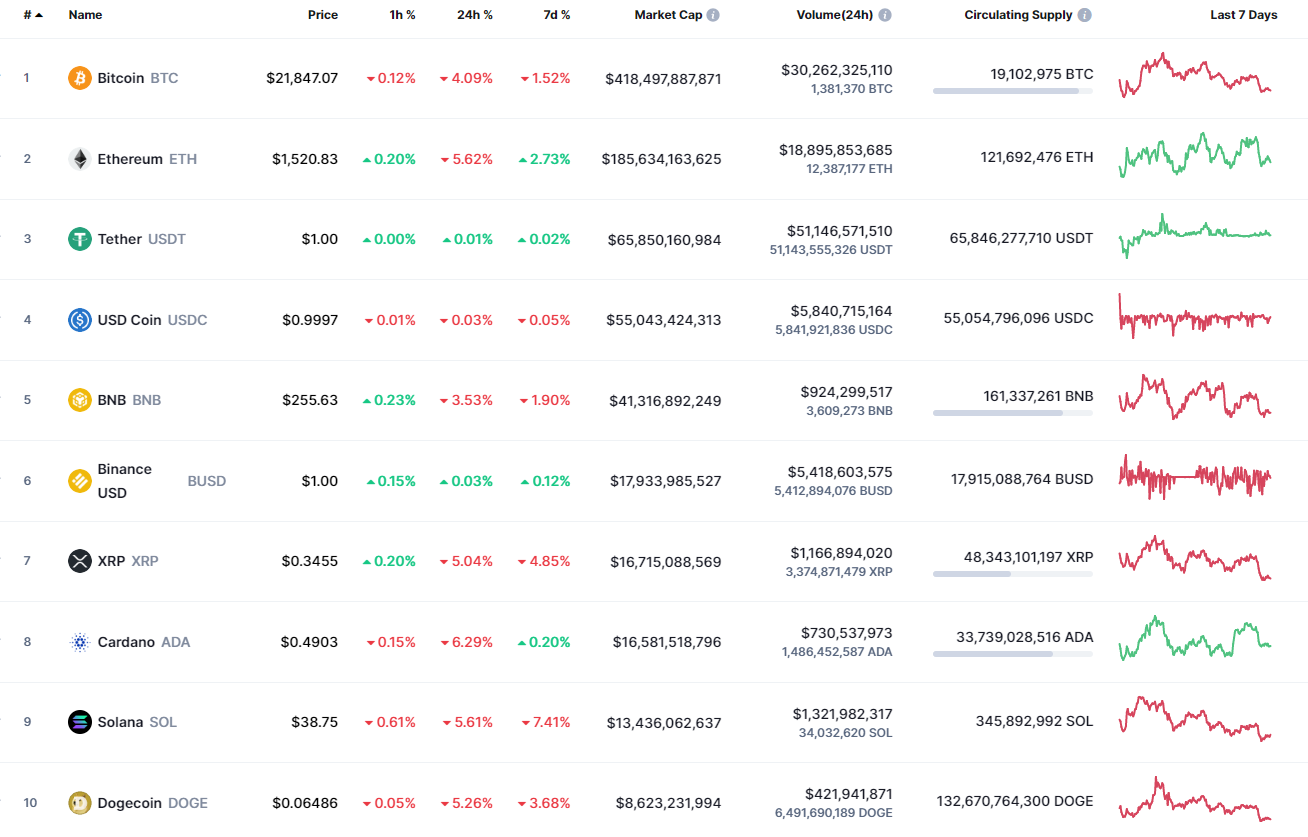 Bitcoin (BTC) has fallen the least from the list today with a decline of 4.50%.

Bitcoin (BTC) has made a breakout of the $22,400 mark on the daily chart, confirming buyers' weakness and lack of power for a further rise. Thus, the leading coin is below $22,000, which means that bears have locally seized the initiative.

If the situation does not change by the end of the day, there are high chances to see the test of the $21,000 area this week.

Ethereum (ETH) is the biggest loser from the list today as the rate of the main altcoin has dropped by almost 6% over the last 24 hours.

XRP has approached the support level at $0.3434 on the daily chart. The selling volume has increased, which means that bears are more powerful than bulls at the moment. In this case, the more likely scenario is the test of the $0.33 area soon.