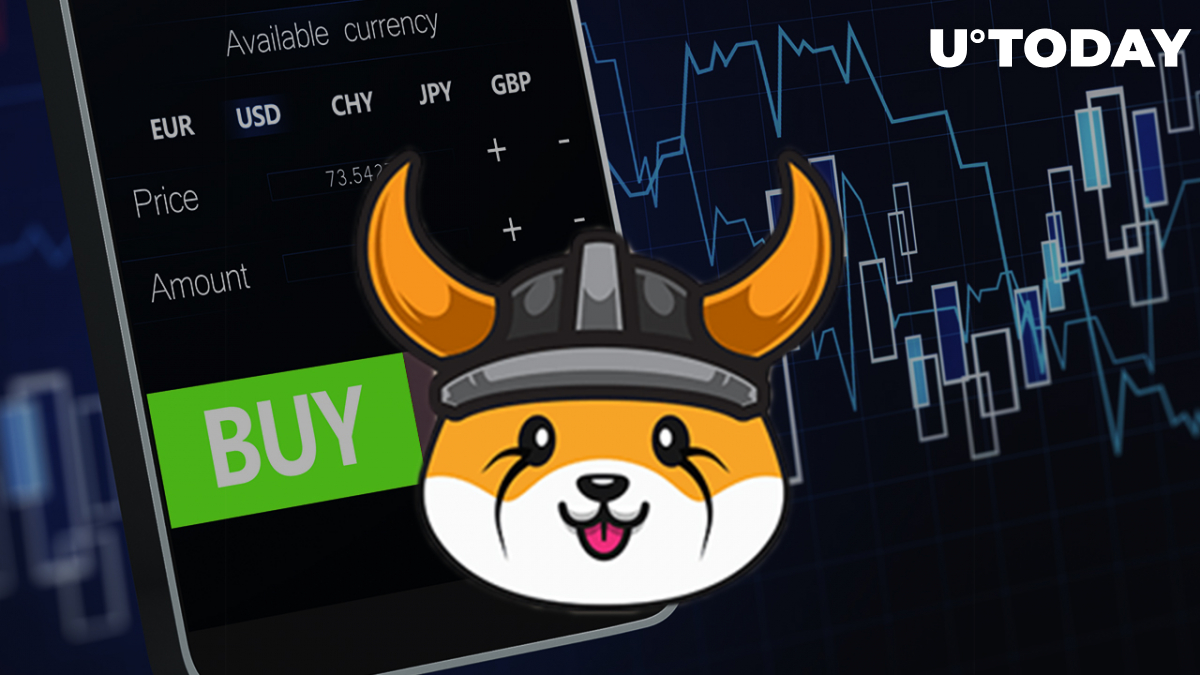 An anonymous FLOKI supporter bought the token in small portions. The first purchase was made one day and 13 hours ago. The Floki whale initially bought only 218 thousand tokens but then added 10.5 million more to the wallet.

But the largest buying volume appeared yesterday when, within an hour, the anonymous whale bought approximately eight billion Floki tokens. The last transaction has been made 17 hours ago when the wallet ending in 7b75 collected an additional billion FLOKI.

How did the token react?

Currently, FLOKI is trading with a 16% price increase, but it has also retraced by 18% from the local top of $0.0004. The whale's actions have not actually reflected significantly on the price of FLOKI.

According to CoinMarketCap, the token's daily trading volume remains around $166 million, which means that the whale's buying orders have only made around 2% and could not show a significant impact on the asset's price.

Meme currencies on the rise

Previously, meme-based community tokens and coins like Shiba, Elon and Floki received a great deal of attention from the industry, which resulted in up to 1,000% growth in a short period of time.

The meme-based FLOKI token was created in honor of Elon Musk's Shiba-Inu dog, named Floki. Previously, the project launched a massive marketing campaign in London, where people could see "Missed Doge? Get Floki" slogans on trains and buses.