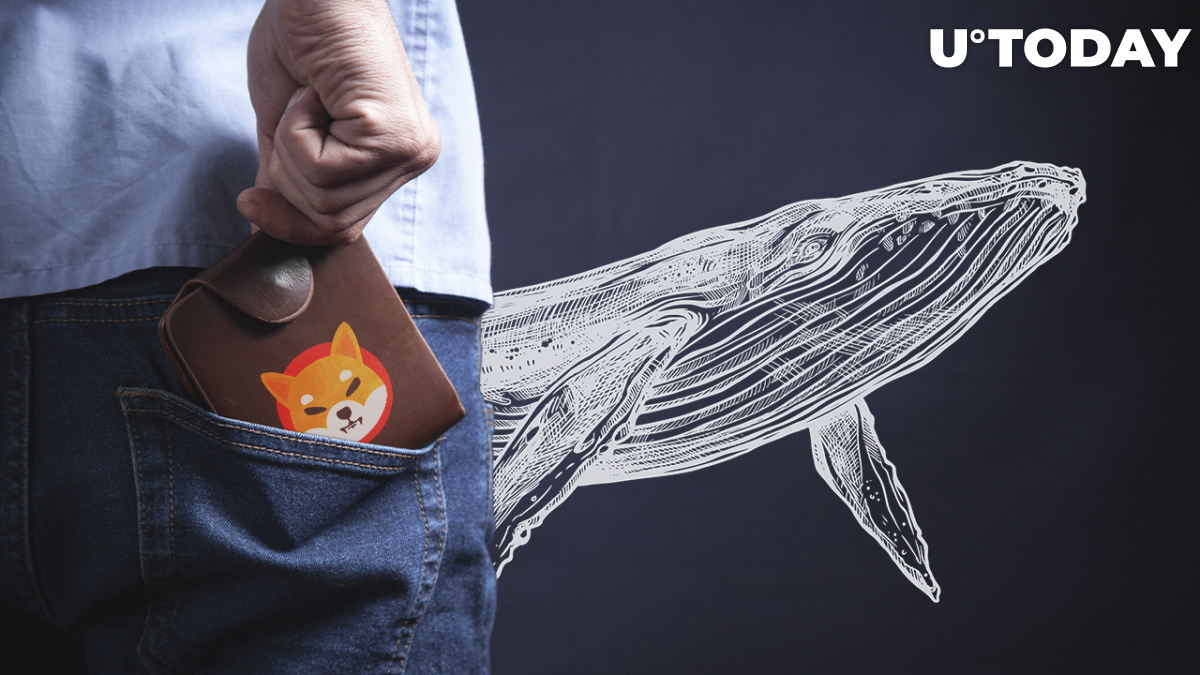 According to an article by Bloomberg, recent movements of SHIB made by the few whales that hold the largest percentage of circulating Shiba Inu tokens in their wallets have alerted crypto forensics firms.

The crypto world is fixated on a handful of “whale” wallets that control most of the Shiba Inu tokens in existence, underscoring how even in a market with this much transparency, no one really knows who is doing what https://t.co/DqRJDMckpc

Has the stellar rally of SHIB ended?

Last week, the market value of this meme coin soared to over $51 billion, and SHIB managed to enter the top 10 coins list, grabbing ninth place with Dogecoin right behind it in 10th place.

As reported by U.Today on Wednesday, Nov. 3, a large cryptocurrency investor with Shiba Inu holdings totaling more than 20 trillion coins has recently seen this amount of crypto surge to a staggering $5.7 billion.

Initially, last year in April, he/she invested as much as $8,000 into the meme token that has been proclaimed a "Dogecoin killer" and has become the second-largest meme coin now. In "Uptober," the coin demonstrated an overall rise of 825%.

This whale has moved around 10 trillion SHIB worth $2.7 billion.

According to the tracker on CoinMarketCap, 71% of SHIB is owned by just 10 addresses. A total of 80.27% of the whole SHIB supply is held by the top 100 wallets. In total, 872,382 wallets hold this meme cryptocurrency.

Bloomberg has cited several experts from blockchain sleuth companies that are worried about the uneven concentration of Shiba Inu coins.

Initially, the article says, Bitcoin and Ethereum also had a high concentration of coins across several wallets, and the whales who owned them were able to influence the market. However, over the past few years, BTC and ETH ownership has become much less concentrated. These days, for example, around 2,000 wallets hold more than 40% of the flagship crypto, data from BitInfoCharts says.

As reported by U.Today previously, a petition started on Change.org that asks for Shiba Inu to be listed by the popular trading platform with low fees, the Robinhood app, has gained almost 500,000 signatures already.

CEO Vlad Tenev, though, has stated that the platform is waiting for clearer regulatory directions about the coins that can be potentially listed, including SHIB. Besides, it has safety concerns that are preventing Robinhood from doing it.

Aside from that, three petitions asking Amazon to start accepting SHIB have already gotten close to 175,000 signatures on Change.org.