Alex Dovbnya
???South Korea-based Bithumb has fallen a victim of a malicious attack, losing 20 mln XRP and 3 mln EOS, blaming that on insiders❌ 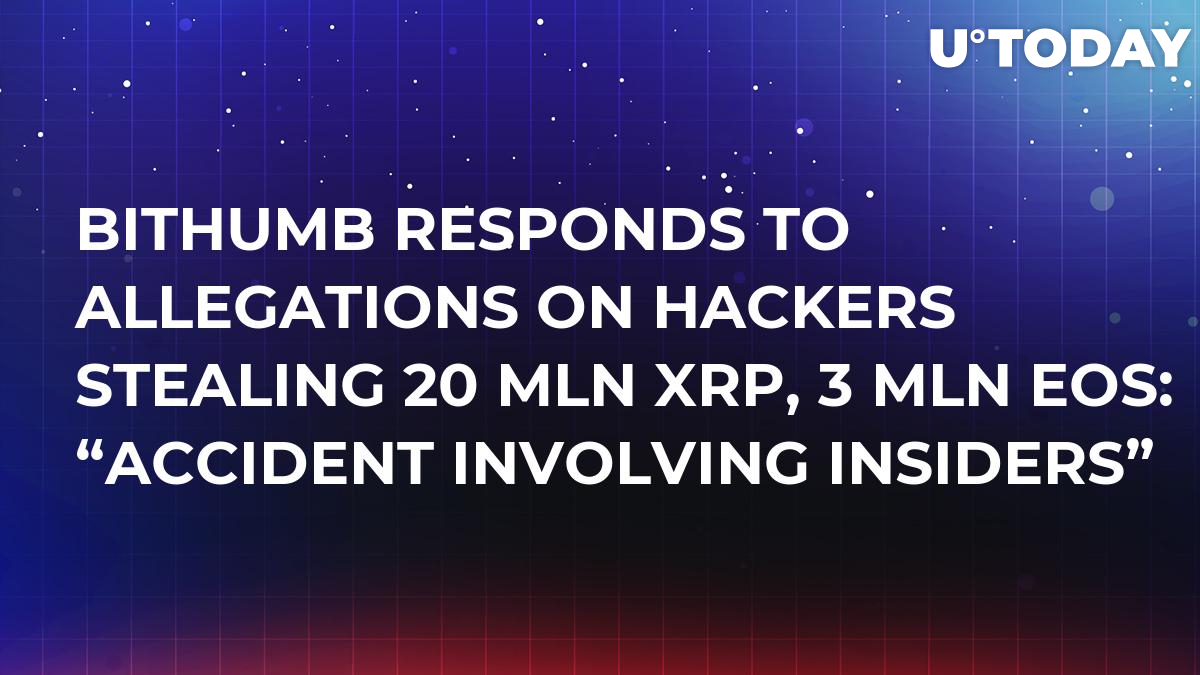 The number of hacked crypto exchanges this year seems to be rising. The first was Cryptopia, then recently came the turn of DragonEx. Now, it is South Korean Bithumb exchange that has lost a great amount of crypto – 20 mln XRP and 3 mln EOS.

[Notice?]
We deeply apologize to our members for delaying the cryptocurrency deposit and withdrawal service, we would like to inform you of the circumstances of the grounds and confirm that your assets are safe.
For more details >> https://t.co/dOvT78P0sK

Data tracked on blockchain shows that the culprit used ChangeNow, the non-custodial exchange, in order to transfer the stolen XRP and EOS to other trading platforms, like KuCoin, Huobi, and a few others.

The overall damage faced by Bithumb exceeds $10 mln, provided that the aforementioned amounts of coins was all the hacker managed to withdraw. The security breach was allegedly confirmed by the firm that does the auditing for Bithumb.

In its blog, the exchange team says that currently it is collaborating with KISA and the local Cyber Police Agency to investigate the incident.

Bithumb, apparently, has contacted the above-mentioned exchanges, where the stolen crypto was sent, as well as the reps of the coin platforms, in order to obtain their assistance in recovering the XRP and EOS.

Meanwhile, Bithumb has shut down withdrawing and depositing operations until the issue is solved.

In the blog post, the Bithumb team claims that the hacker managed to get hold of only assets that belong to the exchange itself. Crypto owned by customers is safe, since it is stored in cold wallets.

The internal investigation results say that the hacker did not work from outside only, more likely it was a job done by insiders.