Coinbase Partner Elliptic Denies Selling Coinbase Customer Data, Saying It Does Not Even Handle It 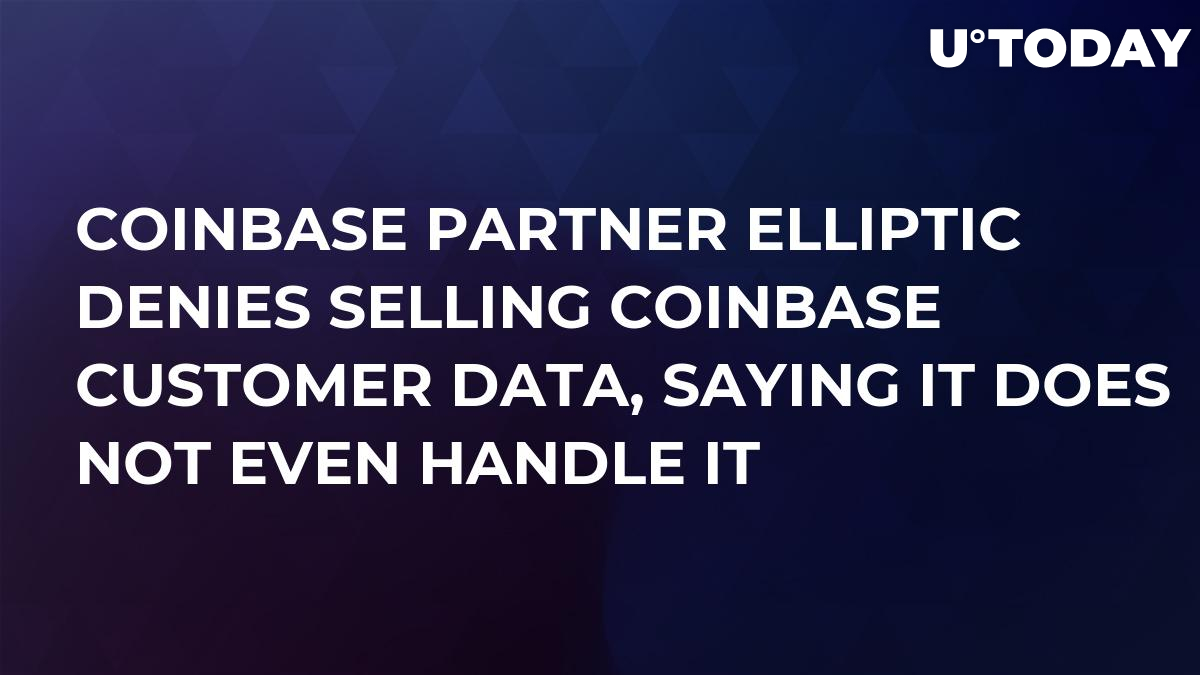 Last week was a tough one for Coinbase. First it got under a tsunami of criticism for acquiring Neutrino, whose major employees created and sold spyware to authoritarian governments. Second is that Coinbase’s director of sales confessed that the providers Coinbase had were previously selling their customers’ data to third parties.

No comments from Coinbase yet

The US-based exchange has provided no official comments on the matter, even though its head of sales, Christine Sandler, has told Cheddar TV that some of Coinbase’s previous partners had indeed sold customer data.

One of those partners has been DLT firm Elliptic. However, its CEO, James Smith, has publicly denied selling any identifiable personal data of Coinbase customers.

Smith stated that Elliptic does not receive any customer data that can be linked to particular customers from exchanges, i.e. names, social security numbers, etc.

What sort of data Elliptic handles

Smith says that all his company deals with is data on transaction hashes and client IDs. He mentioned that client IDs do not carry any identification details. However, they can be used for linking several transactions to the same person.

Analytics companies as a rule use this data to figure out bad actors, and this is one of major ways to stop financial crimes from happening.

As per Smith, Elliptic used this data for tracking crypto stolen by hackers from Bithumb in summer last year and found out that the money got away to a Russia-based virtual exchange. It is also common knowledge than Binance uses the same methods.