Alex Dovbnya
??The cryptocurrency market is spiking, enjoying the sea of green, with EOS riding on top of the bullish wave 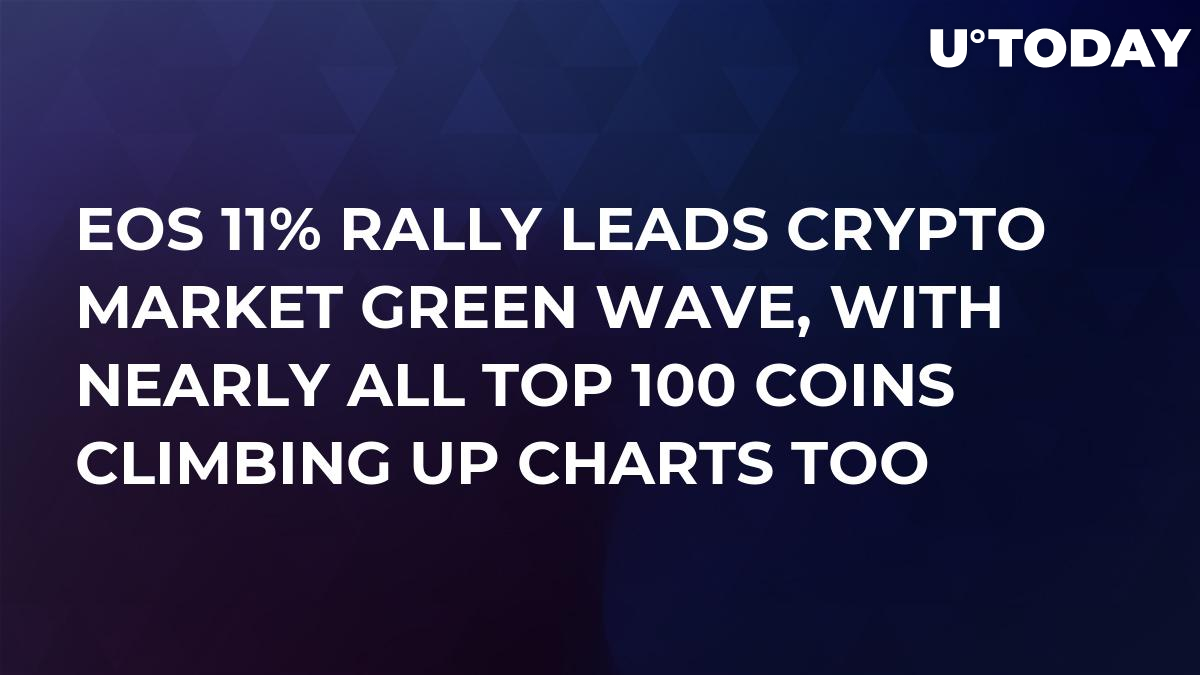 On Wednesday, Mar. 27, Coinmarketcap shows a massive rise of the crypto market with EOS leading the bullish rally. Cardano (ADA) is the closest coin that has managed to show growth that high.

EOS is the market leader

The highest appreciation is being demonstrated by EOS, the Ethereum’s rival. Overnight the coin has soared over 11 percent. Meanwhile, Bitcoin has promptly recovered its position above the $4,000 level and is pulling other major coins along too.

The Binance Coin, which was the only asset to be in the red this morning, is currently appreciating too, showing a nearly 4-percent gain. 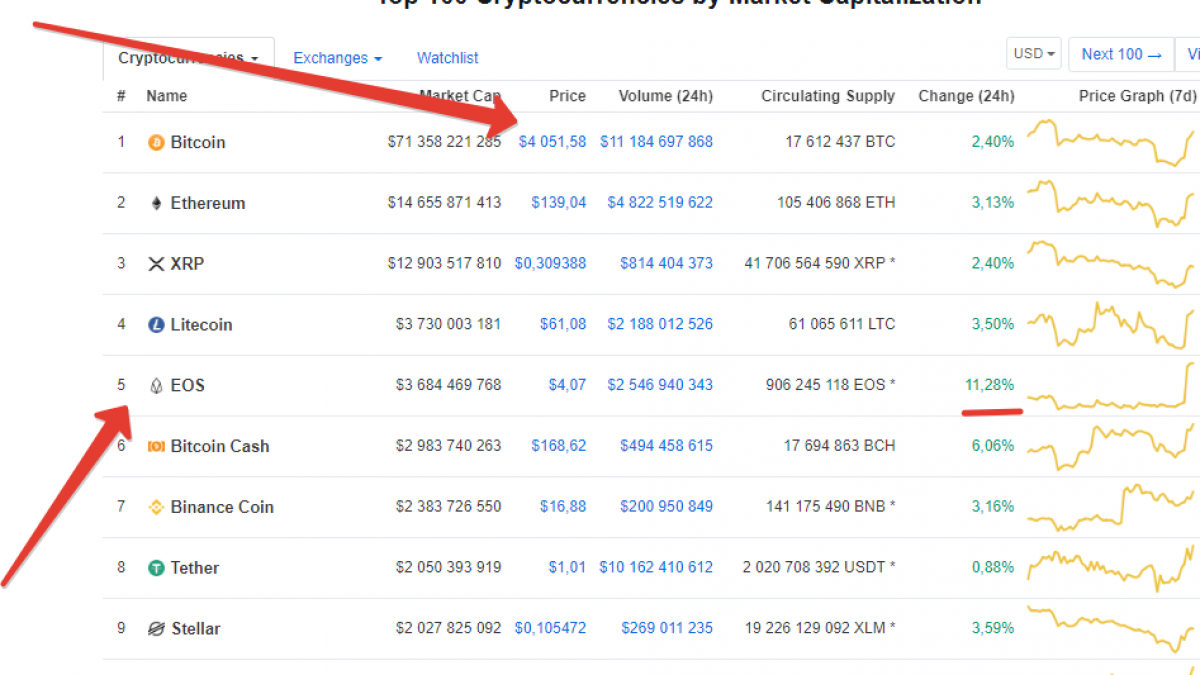 Cardano (ADA) is closely following EOS, giving market participants a rise by over 10 percent. As a reminder, just a week ago, ADA managed to re-enter the top-ten coins’ list, throwing Tron (TRX) to position #11.

ADA is currently sitting on position #10.

EOS has spiked after the announcement made by the Weiss Ratings saying that EOS, BNB and XRP have got to the top of the company’s Cryptocurrency Rating list.

Related
Justin Sun Followed by Bots: Analysis Reveals Half of His New Followers Are Bots - Another Fake About Tron?

Out of the 100 highest-ranking digital coins, per Coinmarketcap, are in a decline at the moment. These are Crypto.com Chain, Chainlink and Ravencoin.

Enjin Coin supported by the new Samsung Galaxy S10 wallet on the smartphone and Huobi Token launched by of the biggest global exchanges are coming next.