Bitcoin’s Losses Coincide With Wall Street Slump, All Hope Is Not Lost

David Dinkins
Bitcoin and other digital currencies have been suffering through a terrible month, but they aren’t alone. The stock market is tanking, and it may be dragging crypto with it. 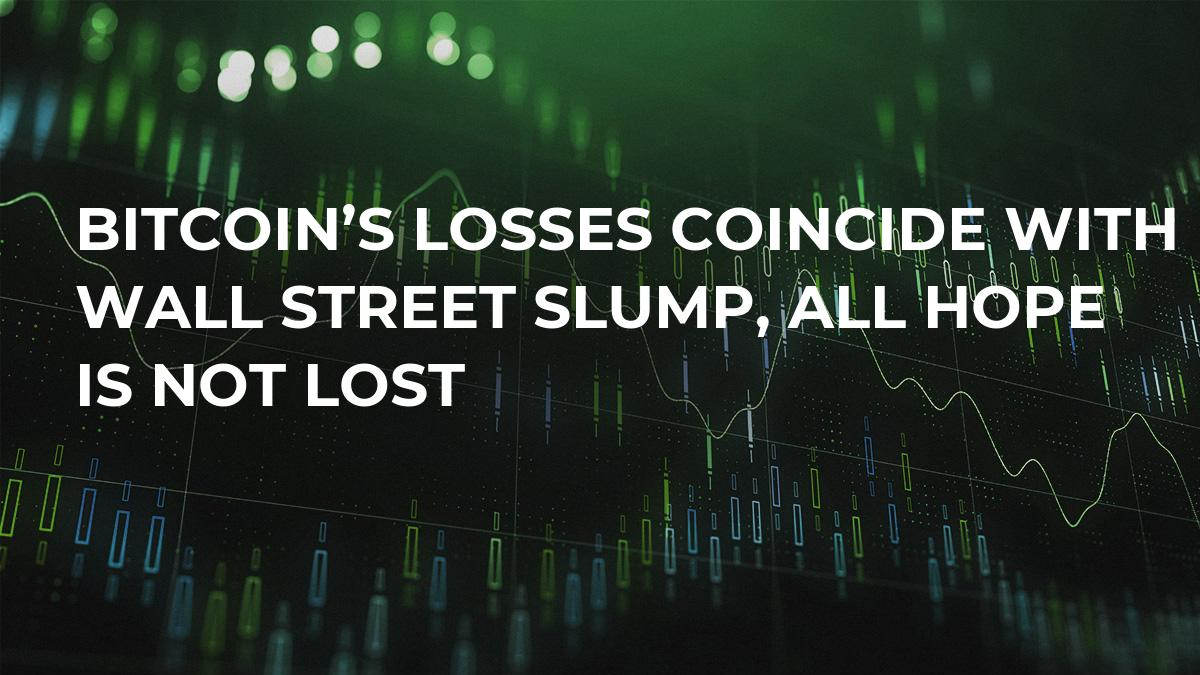 The digital currency community has seen a malaise sweep across it, as the value of crypto assets continues its steep descent. Bitcoin is down 66 percent from its 2017 high of $20,000, and is down nearly 40 percent in the past week alone. Bad news seems to come from every side, as regulators increasingly rattle their sabers and banks cut off credit card purchases of crypto.

The good news, if you can call it that, is crypto isn’t alone. Last Friday, Feb. 1, saw a broad sell-off on all major stock indices. The S&P 500 experienced its sharpest drop since the fall of 2016, and the Dow suffered a 665 point drop. Today, losses continued to mount as trading reopened, with the Dow closing the day down 1,175 points. The S&P experienced its worst day since 2011, suffering a 4.1 percent single-day drop.

The stock market has seen an incredible nine year bull run, the second longest in history, but it’s finally starting to show cracks. A broad pullback may be in store as fears over interest rate increases and bond declines seize Wall Street.

Many have wondered whether cryptocurrency would benefit from a Wall Street meltdown, and there were two schools of thought. One group believed that Wall Street investors, seeing their losses mount, would lose faith in centralized institutions and move their money to cryptocurrencies. Others thought that investors in cryptocurrency, seeing a decline in the stock market, would move their assets away from notoriously volatile digital currencies and into safer bonds.

It looks like that second group may be right after all: stock market investors seem disinclined to put their money into an even riskier asset. CNN Money’s “Fear and Greed Index” was showing extreme greed just last week, but is now firmly pegged into “fear” territory.

With mainstream media talking incessantly — as they have been for months — about Bitcoin's bubble bursting, many are afraid that their crypto assets will continue to tumble. While this is entirely possible, it's equally possible that a Wall Street rebound could bring cryptocurrency prices back up as well. The crypto community may not want to despair just yet, until we find out if Wall Street's bull market still has some steam.