Bitcoin’s Bubble Has Popped — What Can We Learn From History?

Darryn Pollock
We can officially call Bitcoin a Bubble, but that does not mean its pop has doomed it forever, as history shows 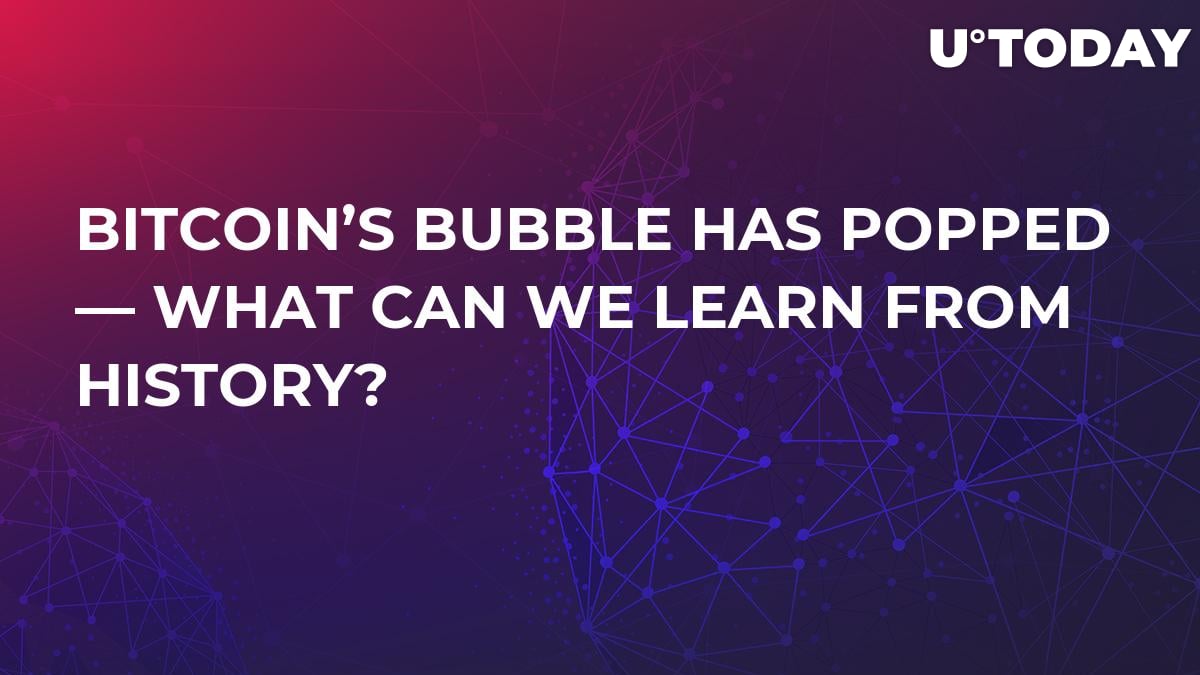 When Bitcoin was gaining in value by thousands of percent month on month, many called this a classic speculative bubble. There were also many who were vehemently against such assertions, stating that Bitcoin was marching to its own beat and could not be pigeonholed in such a manner.

However, bubbles are not that rare of an occurrence for us not to learn anything from them. There have been multiple bubbles across multiple markets. Some have ended in disaster and the death of an asset, but others have benefitted from such bubbles.

A look back historically at the nature of speculative price bubbles can give some insight as to where Bitcoin could be heading in the next few years.

Back in the day

Charles Mackay, in his book Extraordinary Popular Delusions and the Madness of Crowds, published in 1841, explains how whole communities could “fix their minds upon one object and go mad in its pursuit. Millions of people become simultaneously impressed with one delusion, and run after it, till their attention is caught by some new folly more captivating than the first”.

This is the very nature of the speculative bubble, and his prime example of the time is the Tulip mania that gripped the Netherlands in the early 17th century. Tulip bulbs soared in value to sell for up to 25 000 florins each (close to $35,000 in today’s money) before their price collapsed.

But, Bitcoin’s bubble has actually been seen to be one of the biggest based on the multiple values of the asset at the start. 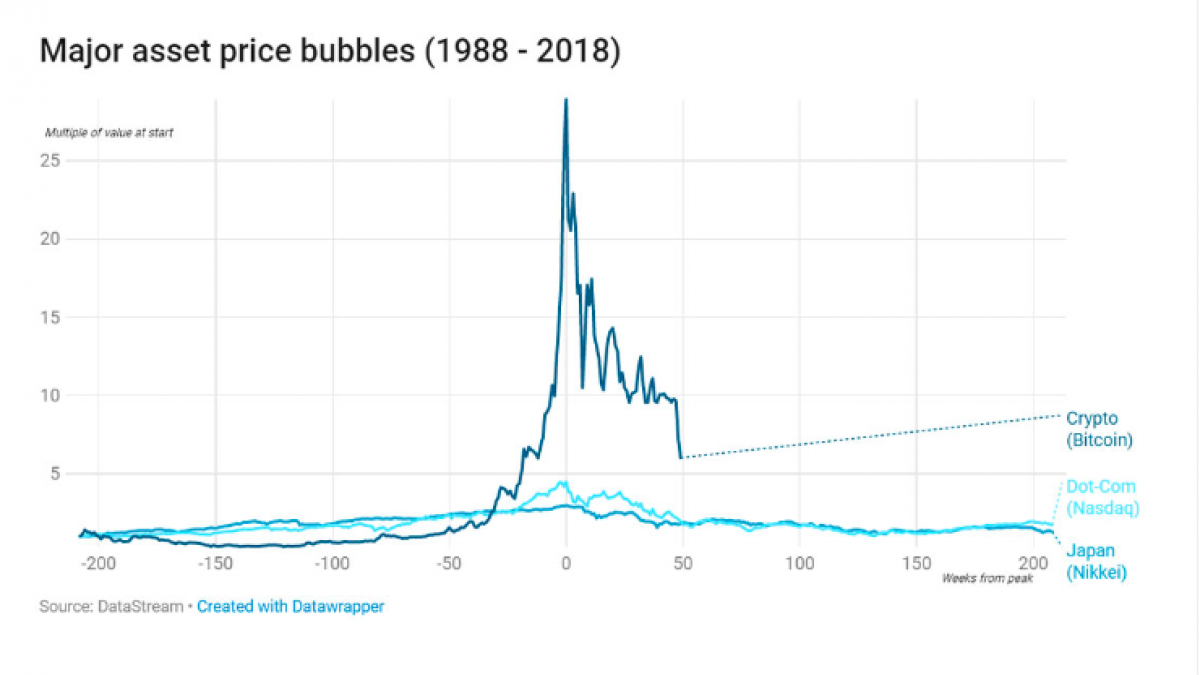 It must be remembered that Bitcoin was sparked into existence off the global economic crisis of 2008, and what followed from that massive market downturn was an upward trajectory. Media attention, stories of 1,000 percent gains, surged interest in speculative investors who flooded into the Bitcoin market at an astronomical rate.

The news stories then turned to people who were buying the asset with credit, or even mortgaging their houses to get in on the frenzy. As this frenzy reached higher and higher levels, it started attracting more attention from regulators and governments who knew they had to start putting in some checks and balances and make a decision on how this wave would be incorporated.

No one can really put their finger on what cause Bitcoin to suddenly, and sharply, turn from $20,000 and start its run down, but because the cryptocurrency market is such a liquid one, the fall was steep, and this added to the panic selling.

Speculators are easily scared off, and their sell off often causes a snowball effect which can be devastating. This was seen in other bubbles through history. The stock market crash of 1929 was a prelude to the Great Depression of the 1930s. The collapse in Japanese asset values after 1989 heralded a decade of low growth and deflation. The dot-com crash of 2000/2001 destroyed $8 trillion of wealth.

Where does this leave Bitcoin?

There are different ways that different bubbles can play out, and it usually depends on the asset itself. Obtaining a realistic estimate of Bitcoin’s intrinsic value is tricky because it is not an asset that generates a periodic cash flow, such as interest or rental income.

But it is also based on scarcity, and Bitcoin has a limited amount, which is in its favour.

However, Bitcoin is also based upon a technology, in Blockchain, and much like the Dot Com bubble, it is possible that the speculators can be flushed out by this price drop as the underlying technology (the internet in the Dot Com case) grows at a more sedate and steady rate.

It is possible that Bitcoin could not be the same as it was at its height going forward, but it is very unlikely that the entire cryptocurrency side of things will go away, predicated mainly on the importance of blockchain.