Bitcoin vs. Bitcoin Cash: Co-Exists or Kill Each Other?

Darryn Pollock
The Civil War may be over, but neither Bitcoin or Bitcoin Cash are going anywhere. 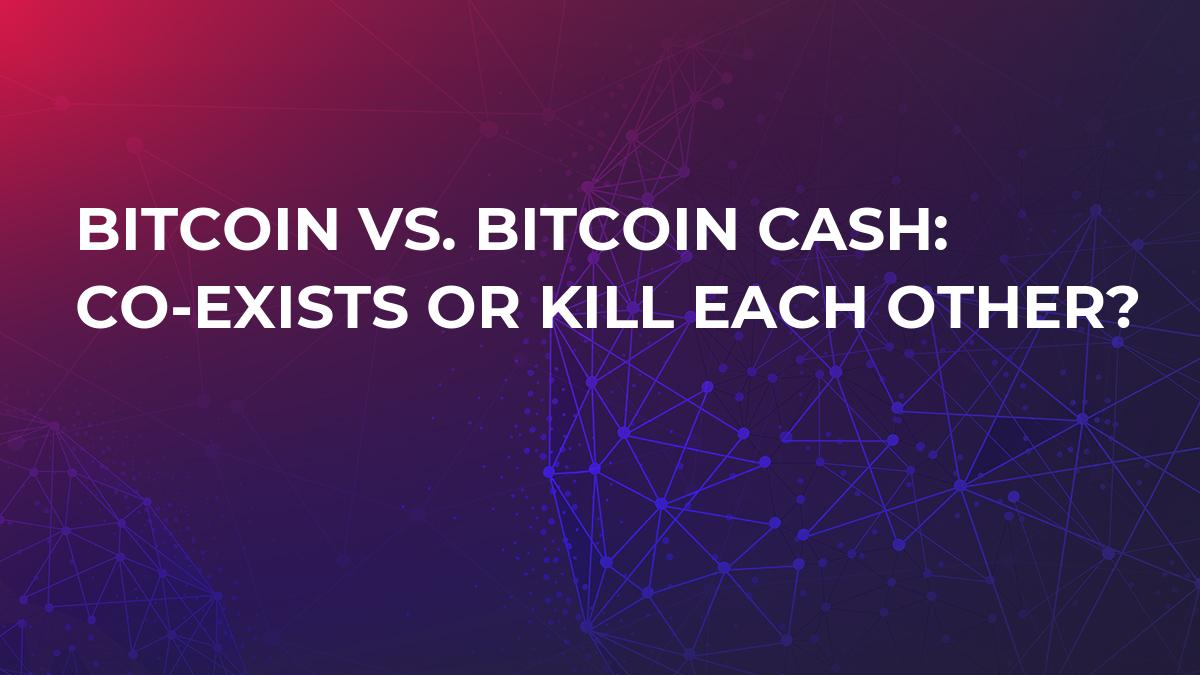 Bitcoin Cash took on a serious goal when it was borne into the crypto community. It intended to become the ‘one true Bitcoin’ allegedly getting back to Satoshi’s Vision for digital currencies.

However, the popularity of Bitcoin and its effect on the mainstream, especially on bringing more people into the cryptocurrency space was unstoppable and juggernaut-like. Bitcoin may no longer be the currency that it was, and it may be suffering problems, but that does not mean people will turn away from it.

The same can be said for Bitcoin Cash, however, in terms of its supporters. Whatever your view on the forked currency, there is no denying its proposed usefulness, nor its ability to stay relevant.

So, will these two fight until one is dead or will they learn to coexist, which will be of benefit for the average cryptocurrency user.

Since Bitcoin was created, there have been increasingly more and more coins that have been created as an improvement on a digital currency that is now 10 years old and operating in much of a similar vein since its inception.

The improvements from other coins are different offerings that are supposed to help users overcome some of the problems. And because Bitcoin's biggest problem is scalability, which leads to slow transactions and high fees, Bitcoin Cash has honed in on that.

As a competitor, that is just six months old, Bitcoin Cash cannot be derogated too far. It has remained one of the top coins in relation to Coinmarketcap and is increasingly growing its adoption and interest.

It offers something that Bitcoin cannot, currently, and that is both good for Bitcoin Cash and for the cryptocurrency community.

Bitcoin is the most popular and powerful cryptocurrency by far, that is not up for debate. It is the gateway coin which attracts people to the market, but it is also a coin with limitations.

Limitations currently are tied to scalability and for some that is not a problem as its ability to hold and grow value is what certain sectors are looking for.

However, the fact that it is not great in Bitcoin ATMs, for microtransactions, for speedy transactions and general retail adoption means there is a gap in the market.

Because both Bitcoin and Bitcoin Cash offer something that each other lack, quick and cheap transaction compared with mainstream acceptance, they are competitors, but they are not direct.

The Bitcoin community may have vehement followers who will side with only one coin, but not everyone need do that, it is fluid enough to use certain coins for certain circumstances and others in other places.

It is competition economics that sees Bitcoin and Bitcoin Cash trying to fight for ascendancy which is only leading to better products being honed for users who can easily use both. And this is a positive going forward should they not kill each other.