Alex Dovbnya
??Analysts believe that BTC might continue with its rise, since the asset’s price is approaching the 200-day MA for the first time in over a year 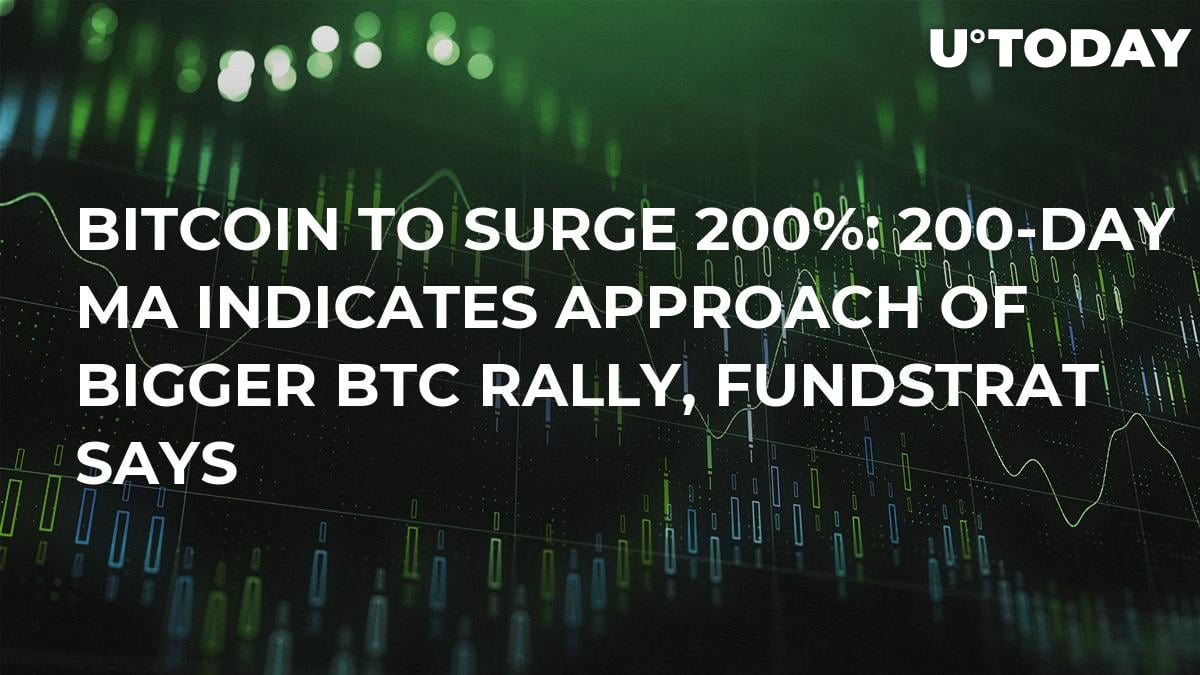 As per a recent article by Marketwatch.com, it seems like the crypto market is in for some good news. Fundstrat Global Advisors, founded by Tom Lee, reports that Bitcoin is about to surge 200 percent.

Early this week, the major crypto asset suddenly rose by almost 20 percent. Since its ATH in December 2017, this has been the best return of the price in percentage, which only lasted one day, however.

Fundstrat Global Advisors has calculated that if Bitcoin’s technical figures continue playing out, BTC may eliminate a great part of the losses the market suffered in 2018. For this to happen, BTC must close above its 200D. Then its win-ratio will total 80 percent. If it remains under the 200D, the ratio will be only 36 percent. This is what a research note of the fund says. 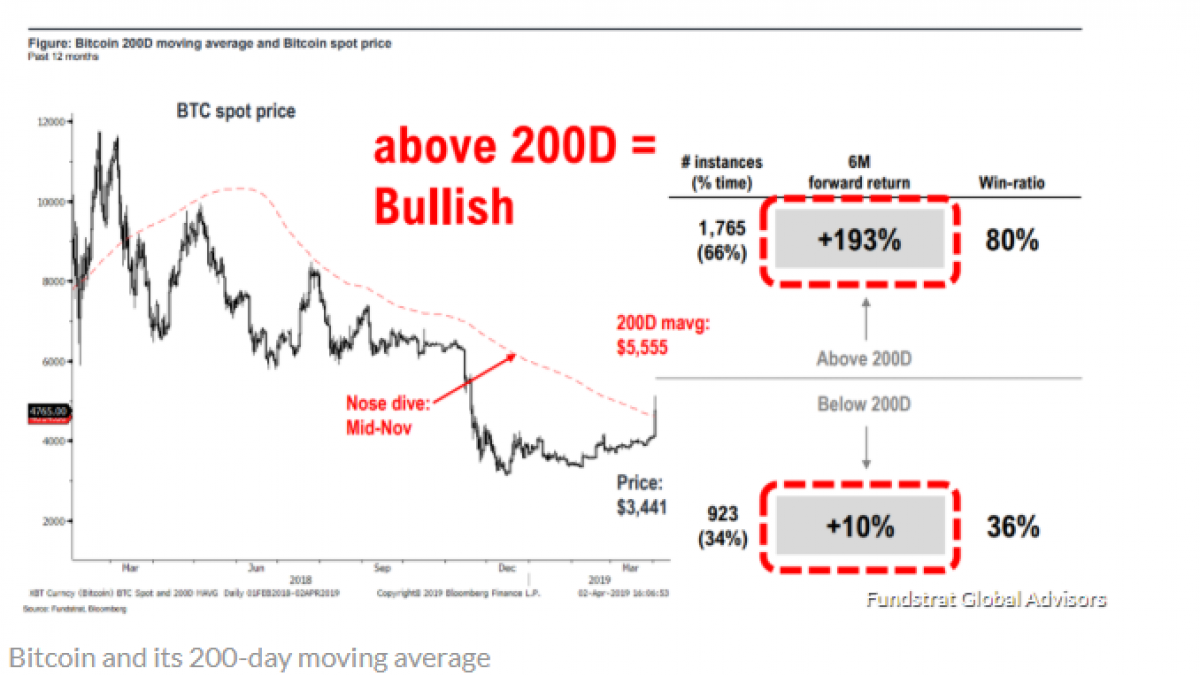 “Based on BTC’s trading history, a move above the 200D for BTC is meaningful statistically. When BTC is above its 200D its win-ratio is 80% compared to a mere 36% when it is below its 200D.”

Related
Forbes: 95% of Exchange Volume Can Be Wash Trading, Pushing Bitcoin Price Up

The next resistance level is expected to be $6,000.

A popular crypto analyst on Twitter, CryptoHamster, also encourages traders to face a BTC correction and then see it surging further than it has now.

Bitcoin made it for the first time during the whole bear market.
Prepare for a possible correction and then be ready to take off!
???$BTC #bitcoin pic.twitter.com/8iG8wODE2P