Alex Dovbnya
?☀️XRP proves that it can shine even when the rest of the market is enduring a major correction 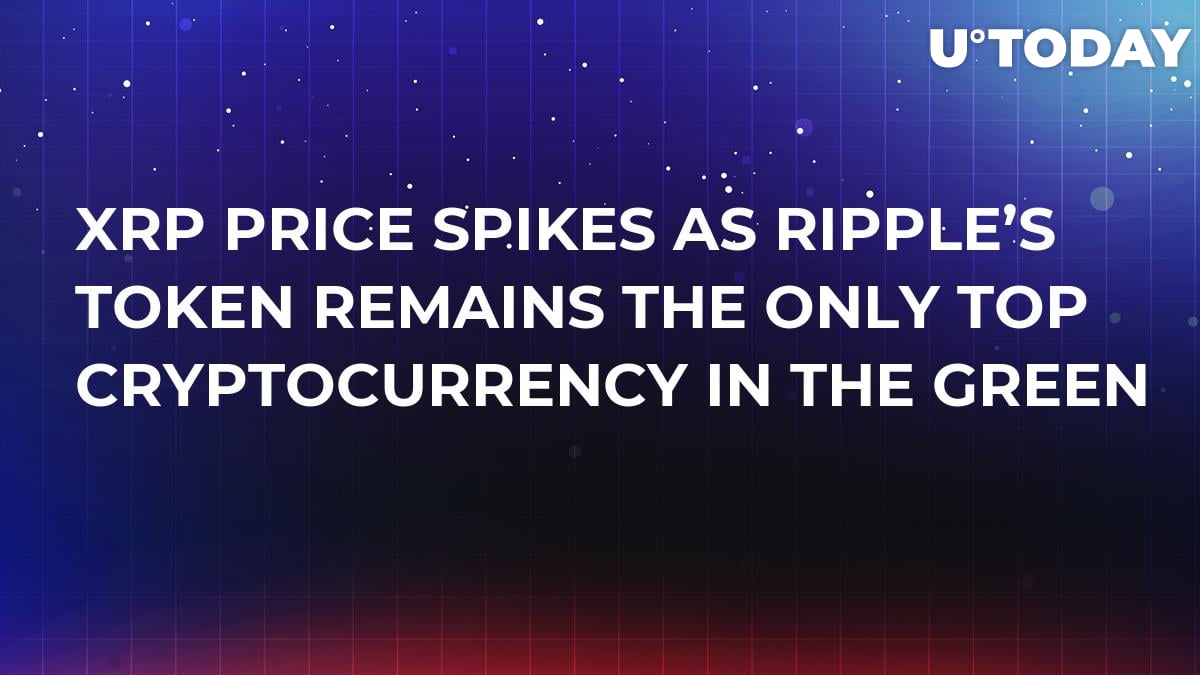 As they say, where Bitcoin goes, altcoins follow. However, it doesn’t seem to be the case with XRP – Ripple’s token recorded a sizeable 4.41 percent spike even while other altcoins remain in the red, CoinMarketCap data shows.

Related
Ripple (XRP) Price Analysis: Can Bulls Touch $0.43 or Not Yet?

At press time, the third biggest currency by market capitalization is trading at $0.35, according to CMC, thus almost matching its most recent peak of $0.36.

In a sea of red there was one green...we've seen this before ?#xrp #xrpthestandard #ripple #0doubt pic.twitter.com/HU5UzhHllA

As reported by U.Today, Bitcoin suddenly spiked by more than 20 percent on Apr. 2 that allowed its price to break above the important resistance level of $5,000. Unfortunately for crypto bulls, this rally didn’t have legs, and Bitcoin currently trading at $4,950.

Some other altcoins witnessed an even more brutal fall. Case in point: Bitcoin Cash. Roger Ver’s favorite coin plunged 12 percent following the astronomic growth of its price since Monday.

There is no clear indicator of that might be pumping the XRP price. On Sept. 21, XRP became the forerunner of the cryptocurrency market with its price registering a 75 percent spike, which allowed Ripple to surpass Ethereum. Back then, XRP peaked at $0.783, but it’s still a far cry from its ATH of $3.70 that everyone’s favorite remittance token recorded in January 2018.