Bitcoin Price Prediction: $6,000 Is Not an Easy Target. BTC on the Verge of Mega Resistance

Vera Yurina
?Is there a bearish period ahead for BTC? Read an expert Bitcoin price prediction from YouTube to find out what to expect from it in the long term 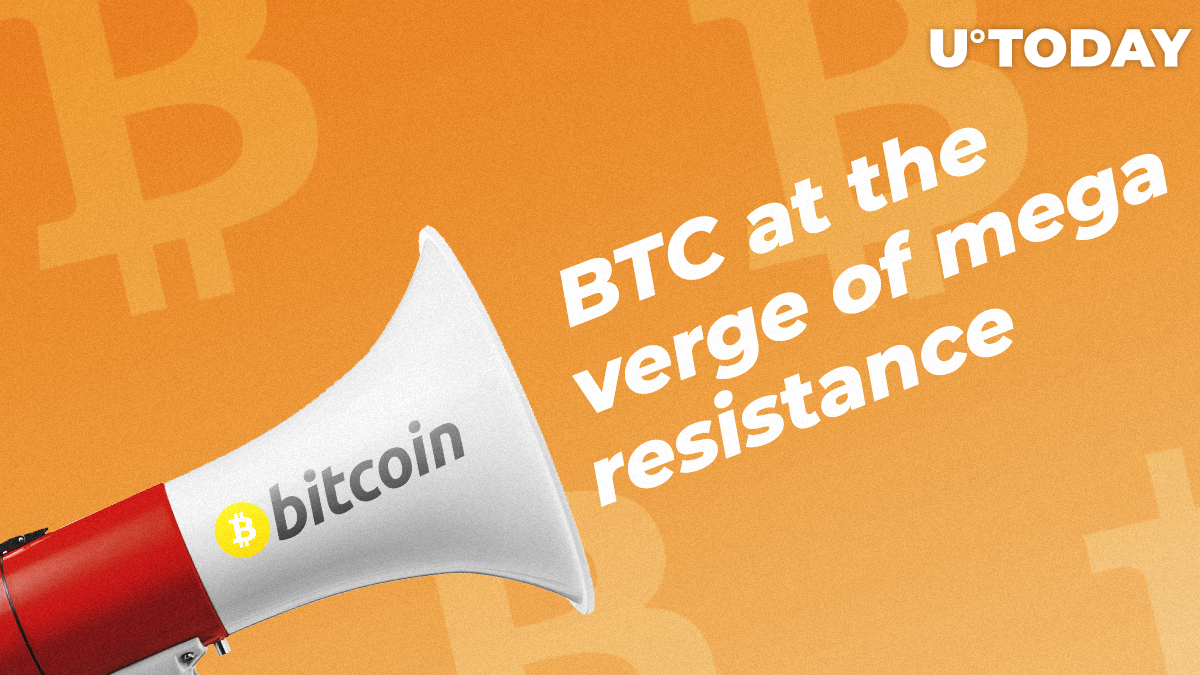 Bitcoin has been performing too good to be true, and opinions of traders have split: some are wearing rose-tinted glasses hoping that BTC will touch $10,000 soon. But is it possible? Read a BTC price prediction from one of the most popular YouTube crypto bloggers, Crypto Kirby Trading. He comes up with his Bitcoin price chart observations, technical analysis, and opinions. So, what to expect from old good Bitcoin?

As Crypto Kirby Trading mentioned, there are many ‘moon boys’ appearing on the market again – they believe that BTC will continue smashing the next resistance levels on its way to $6,000, $7,000, and even $10,000 levels. Optimistic traders have come to the market and don’t understand the real prospects. But what do we see in reality? A daily Bitcoin potential rejection setup. It’s getting clear that the overall bullish trend should end.

The trader comes up with his own strategy and Bitcoin price observations.

Look at the Bitcoin price chart. In the upward sloping channel we’ve been trading for several weeks, clearly there are 4 touch points of resistance, and 3 points of support on the bottom – BTC keeps going from one point to another. First, it touches the resistance, then it goes to support.

So, will BTC test the bottom for the fourth time? And, most importantly, will it find support?

Crypto Kirby Trading claims that it is very likely to happen, and we should expect over a 10% drop to the bottom! Although it looks dreadful, it’s still a healthy move, because BTC will be able to recover anyway.

What serves as a bearish sign? First, the Fear and Dread Index is back to 67 – the market is increasingly greedy again. Such an excessive level was achieved one year ago in May 2018, which means we are likely to dive again despite all the excitement. We’ve also got a bearish divergence on 1-day price charts – it’s been there for a few days.

There’s one more interesting technical indicator: NVT shows a macro bearish signal. It looks like a back test, we have been rejected on NVT turning red. A retest of the line and failure are the clear signals of a bearish trend.

Judging by the Fibonacci index, some -$557 correction would also be healthy, because Bitcoin will definitely recover. In fact, even a small drop to the support level is very likely, and we shouldn’t be afraid of it. It’s a natural move after such a significant bullish path.

If we drop to the bottom, the new low will be around ~$4,900. If this support line fails to push Bitcoin higher, we might see an even more massive drop. After that, we should expect a drop of 20% (even 24% drop golden correction is possible) by Fibonacci (~$4,300).

There’s one more curious thing to pay attention to. From the interest level standpoint (the number of Google searches for Bitcoin), we are at the same level we were at in July 2017. What was BTC like back then? According to the BTC price chart, it was around $2,579 – it means that the $3,000 bottom is where we should be if a massive fall happens.

If that happens, the support will be neutral on the bottom level. Crypto Kirby Trading doesn’t think that continuous falling will take place – it would stay near the bottom without massive fluctuations. Besides, the drop might happen in months. Don’t rush to bury Bitcoin right now.

Of course, there’s still a minor chance for success. For example, if we overcome $6,000 and $7,000 resistance levels, BTC will soar, though the Fear and Greed level will be terrific. That’s not healthy at all.

A pullback must be expected – we are already rejecting the current resistance level. If the next support breaks, a short bearish micro trend is likely to reign. And, of course, volatility in the short term is expected – you should prepare for that and trade carefully!

With such a glorious bullish path behind, Bitcoin should pause and lose in price – it would be natural. Prepare for a bearish period that might last for months. But keep in mind that it doesn’t have to happen in a day – it might take the whole summer for Bitcoin to test the bottom.