Bitcoin Price Floats around $7,900 as Crypto Market Nosedives into the ‘Red Sea’ 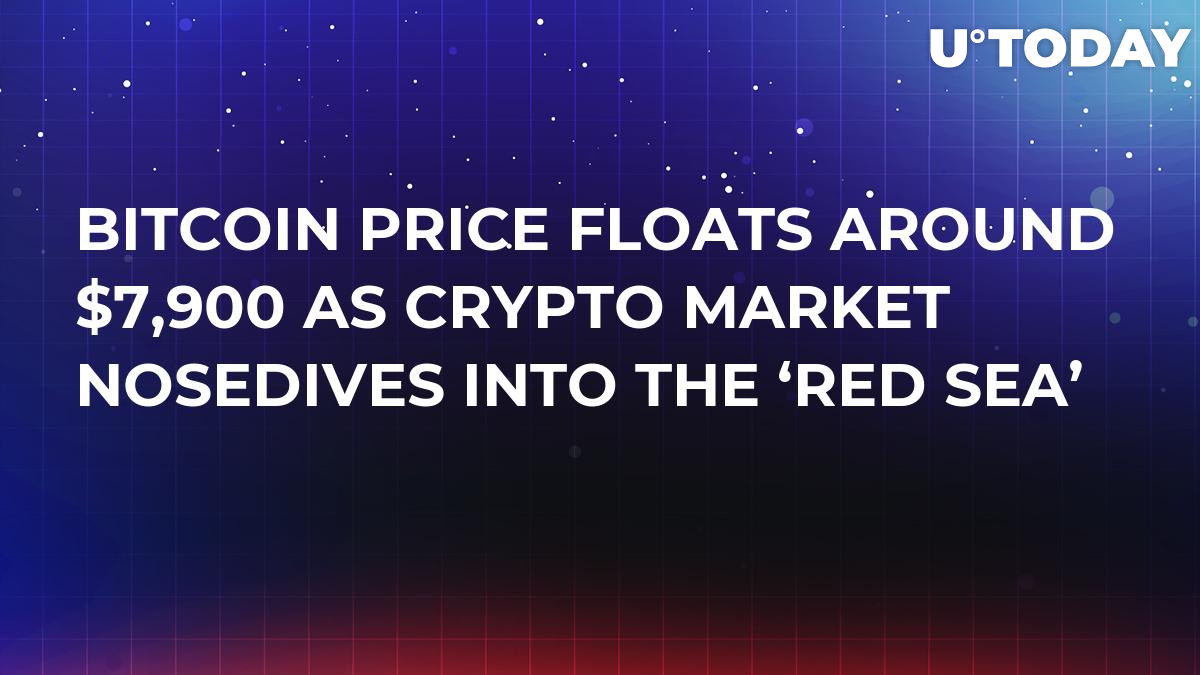 Tuesday came as another unfortunate day for the crypto market. Although splashes of green are still occurring from time to time, the market seems to be facing a retracement, which as some experts say, had better happen now and be less painful than occur later with far worse consequences.

Bitcoin price is diving back towards $7,500

On Tuesday, Bitcoin shred more than 10 percent and declined to almost hit the $7,500 mark, as witnessed by data from CoinDesk.

Current Bitcoin losses from its recent high of nearly $9,100 amount to almost 20 percent. Other top digital assets, such as XRP, Ethereum, EOS have also fallen by over 9 percent.

A co-founder of CryptoCompare, Charles Hayter, believes that this course of events is quite logical, since after a major move forward a retracement is bound to happen.

The market has moved a lot in recent weeks so this is just a retracement."

Overall, between the BTC price at the start of the winter and the recent high of slightly over $9,000, Bitcoin has added around 200 percent to its value.

Opposite opinions coming from market experts

As was mentioned above, some experts and heads of major crypto firms consider the current BTC price correct as normal and in line with natural market development.

Charles Hayter is among them, as well as Tim Enneking from Digital Capital Management. The latter told Forbes recently:

The entire crypto trading community has been waiting for a pullback for some time now. Most people, including us, are looking for a 25-30% pullback from the high (of about $9,100). So far, we’ve gotten about half that."

Another crypto expert, an investor Marius Rupsys believes that since the start of the current bull market, the community has not seen any price fall backs. People seem to be taking their profits out, he shared.

Some also believe that the recent actions of the SEC against Kik are also impacting the crypto space negatively.

Where Bitcoin price is now

At the time of writing, BTC price is at the $7,815 mark. The ‘father coin’ is showing a slightly under 2 percent decline over the last 24 hours.