Bitcoin Not Going to Zero, So It's Going to $1 Million: Michael Saylor Opines Why 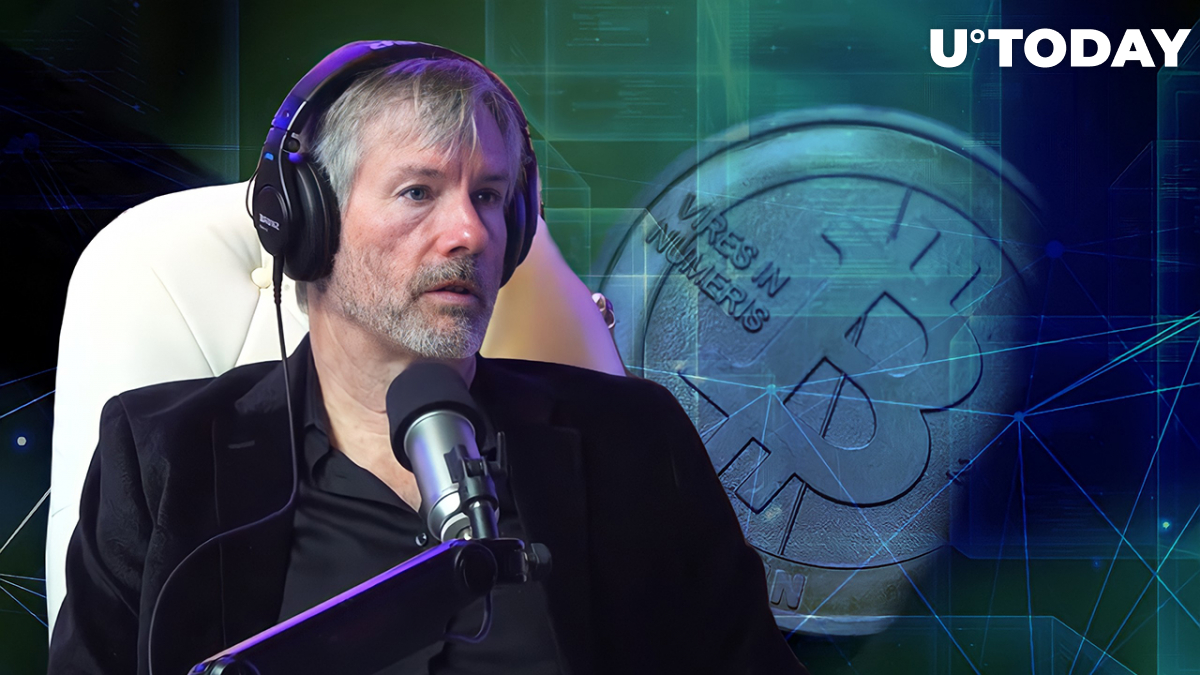 Michael Saylor, prominent Bitcoin evangelist and chief executive of MicroStrategy, has spoken to CNBC's Squawk Box, commenting on the new crypto bill proposed on June 7 by two U.S. senators—Kirsten Gillibrand and Cynthia Lummis—and stating why he believes Bitcoin is going to finally achieve the price of $1 million.

If #bitcoin is not going to zero then it’s going to a million. pic.twitter.com/uY673NAMPf

Here's why Saylor does not expect Bitcoin to plunge

When asked if he expects Bitcoin to drop further and MicroStrategy to suffer significant losses after its massive BTC investment, Michael Saylor stated that he does not believe the flagship cryptocurrency is likely to drop to zero.

Saylor stated that now that both Bitcoin skeptics and deniers have been wrong—Bitcoin has not been banned by governments and they are seeking ways to adopt and regulate it—BTC is certainly not going to zero. And if it is not going to zero, Saylor added, then it is going to the million USD price mark.

The MicroStrategy chief also said that Bitcoin is "obviously better than gold and everything that gold wants to be." If BTC were worth only what gold is worth, "Bitcoin would be only five hundred thousand USD per coin."

As two recent factors in support of Bitcoin, Saylor mentioned Treasury Secretary Janet Yellen's speech at American University on April 7 and the crypto bill presented on June 7 by senators Kirsten Gillibrand and Cynthia Lummis. In her speech in April, Yellen recited the legend about the mysterious Bitcoin creator Satoshi Nakamoto and explained that digital assets are crucial for the future of the United States.

Based on these, Saylor believes, people are now beginning to realize that Bitcoin is here to stay and its adoption is expanding.

Related
Bitcoin Plunges Back Below $30,000

No similar network can be built even for $500 billion

Michael Saylor believes Bitcoin to be a unique blockchain that cannot be replicated even if he provided $5 billion instantly to sponsor the creation of a similar network, which would have the same level of security and adoption.

This, along with the aforementioned factors, makes Michael Saylor very bullish on where things are heading from the current state of affairs with Bitcoin.

At press time, Bitcoin is trading at $30,429, per CoinMarketCap.