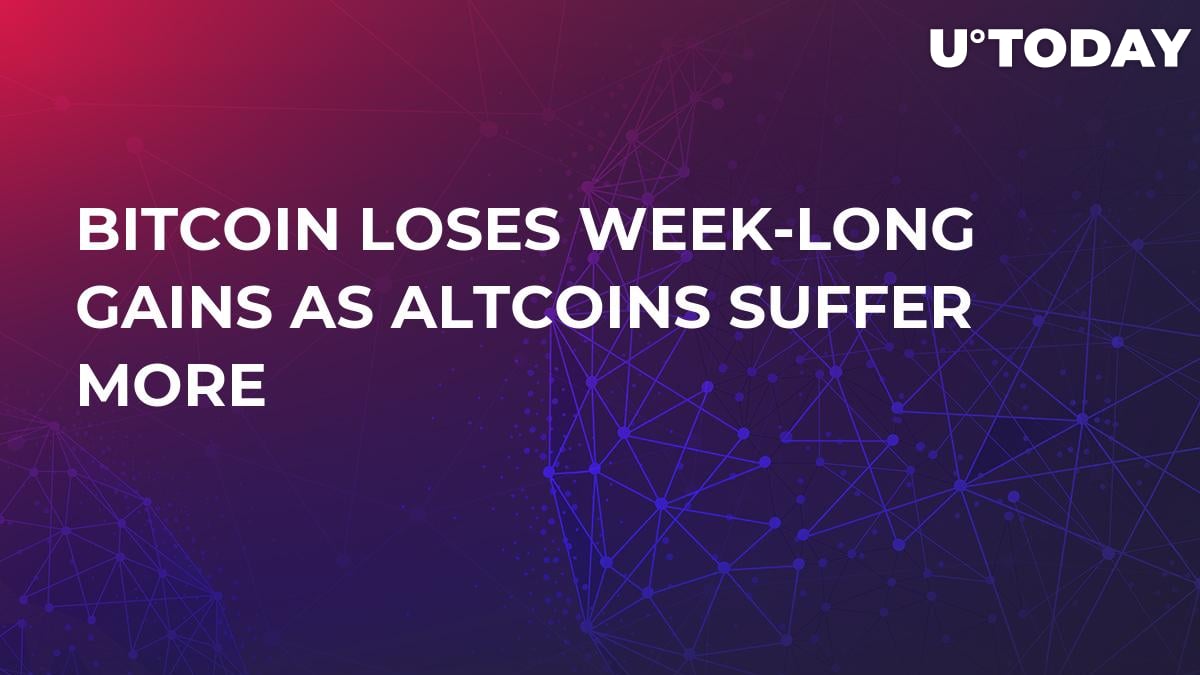 The cryptocurrency markets have slowly turned to red over the last few days, but there has been no noticeable dip, rather a slow decline in price. Bitcoin has fallen below the $6,500 mark losing about two percent, but the real damage has been done in the Altcoins.

Sitting precariously yesterday, the decline in price was to be expected, especially considering that there was a marked fall in trading volume which is sometimes a big indicator. But Bitcoin’s dip is far from alarming, but it does seem to indicate that the market is still very much bearish.

The likes of Ripple and NEM have suffered substantially with the former falling upon what was supposed to be positive and promising news about partnerships under xRapid. However, there is a good news for Siacoin and Binance Coin.

Losing a week’s worth of gains

Bitcoin’s price peaked towards $6,800 last week in what would have been a big move had it crossed that position, according to Mike Novogratz. However, since that point, it has been steadily declining and has effectively erased its week-long gains as its price matches that seen on September 27, trading at around $6,479.

The loss is indicative of a bear market as despite positive news surrounding the cryptocurrency market the price of the asset is struggling to break out of the $6,000 mark

The likes of Coinbase, a major cryptocurrency exchange, has been making big strides in trying to push the envelope of cryptocurrency into the mainstream; recently, they have hired Chris Dodds, former CFO at Charles Schwab, on the company’s board of directors.

This ties in with their appointment of Jonathan Kellner, the former CEO of Insistent, and potential partnership that could value Coinbase at $8 bln with Tiger Global.

Still, despite this growth of adoption and interest in cryptocurrency and the related businesses, there is very little effect on the price or even the trading volume.

While Bitcoin has fallen only slightly, there are much bigger drops for other altcoins in the top 20 in market cap. Ripple is down 8 percent since its major announcement about xRapid.

Ripple down 8% since the announcement of $80 billion Santander using XRP to send cross border payment. (I'd argue it is the biggest announcement Ripple made YTD)

Additionally, NEM is seeing a correction after it had a good week of gains. NEM was up 14 percent yesterday, but is now showing losses of 7 percent.

On the positive side of things, Siacoin is the best performing coin of the day — up 6,5 percent — but Binance’s native token is also up 3 percent and that could have a lot to do with Binance Labs having reportedly invested millions of dollars in decentralized digital content ecosystem Contentos.