Could Bitcoin be Gearing up for Another Crash as Volume Dips

Darryn Pollock
Bitcoin’s volume has started shrinking on a day where there are small losses, will this mean a downward turn in the cryptocurrency price? 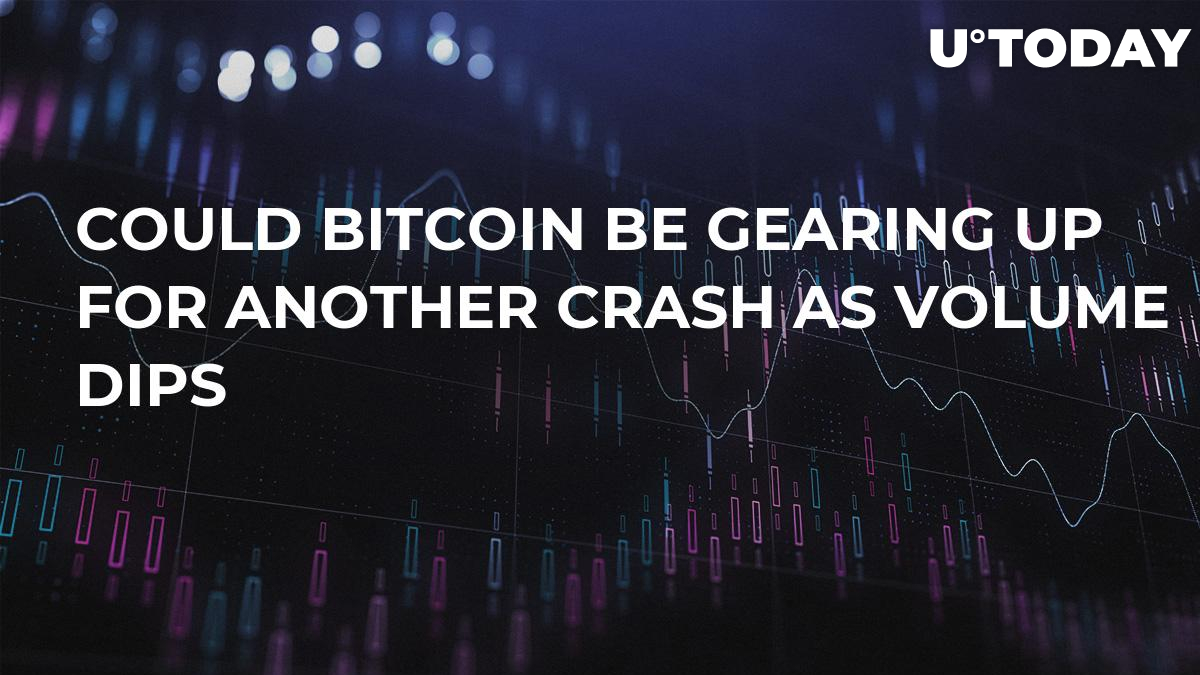 On a day where very few coins in the top 20 in terms of market cap are showing green numbers, most of them traveling flat or with a slight downturn, there could be an indication of another dip in the price of Bitcoin and the likes.

Bitcoin’s price has been trying to recover after it fell dramatically in September, but it has failed to breach an important level of $6,800. And now, the trading volume of the major cryptocurrency has fallen nearly 20 percent since it peaked last Friday just under $6,800.

A fall in trading volume is not always a direct predictor for a drop in price, but it has been witnessed before in the past month. The loss of movement and use of a cryptocurrency like Bitcoin, especially when traveling sideways, can lead to a sell off which sparks a big drop in price.

Midway through September, Bitcoin’s price was sitting comfortably at around $6,400 - $6,500 with the trading volume coming in at $4.2-3 bln, however, as the volume started to slowly deflate going down towards $3.2 bln, the price of the major cryptocurrency took a tumble, goin back down to its support level of $6,200.

A similar pattern is developing at the moment with the price of Bitcoin hovering between $6,500 - $6,600, but its trading volume has been cooling off since it hit its seven-day high on Friday. The volume at that stage was nearly $5.2 bln, but today that volume has come down to $3.8 bln.

While this alone will not be enough to send Bitcoin into the dumps and reach new lows for the year, it is highly possible that it could trigger a sell off that may push the coin back down to its support of $6,200.

The real issue is rather that every time Bitcoin looks to be making ground and breaking out of the $6,000 level it is shunted back down, battling to breach a new level of support and start any sort of significant Bull market.

Gains for NEM, loss for Ripple

Meanwhile, there is some big growth for the 17th ranked cryptocurrency by market cap, NEM, which has gained 14 percent in the last 24 hours, and over the last seven day, it has gone from a low of $0.09 to a high of $0.11.

A lot of this growth could be down to some partnerships that have been affected by NEM. They teamed up with Liven which will see people soon able to use NEM tokens to pay for their meals at more than 1000 restaurants in Australia.

Additionally, Gifto has also partnered with NEM to test its blockchain solution as an alternative to Ethereum.

On the other hand, Ripple, which has been making good gains recently, suffered a small loss despite making another important announcement. Ripple Labs announced three new partnerships with large global banks, among them is Pay FX run by Santander Bank.

And despite this, the news did nothing to help push the price of the coin up.