Bitcoin Is at Dangerously Low Level, Shiba and Doge Rally Close to Being Over: Crypto Market Review, August 17 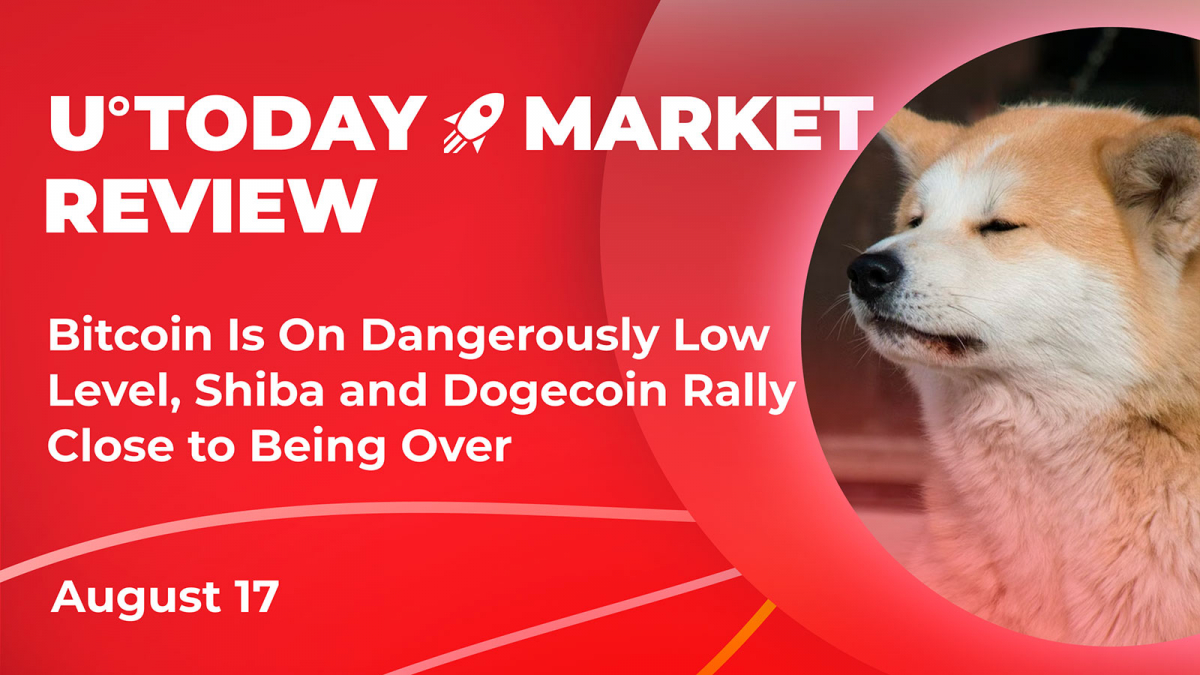 The positivity we saw on the digital assets market in the last week does not seem to be accelerating today as the majority of assets on the market lost up to 10% of their previous value. The same trend is unfortunately foreshadowed on meme currencies like Shiba Inu and Dogecoin.

Shiba Inu and Dogecoin are losing their ground

Unfortunately for meme currency enthusiasts, both dog-themed assets have been gradually losing the power on the market that they had on Sunday and Monday. The possible reason behind the deceleration of the rally could be the lack of trading volume and the relatively calm performance of meme tokens and coins that tend to gain up to 50% to their values in short-term bullish rallies, which is not the case today.

As mentioned in recent U.Today articles about Shiba Inu, the token is actually consolidating around an important resistance level that, if broken, will most likely act as a trampoline for the asset's next move.

At the same time, the performance of the coin, similar in its nature to Shiba Inu, shows the gradual fading of the recently started rally, according to the trading volume pattern on the market.

Since Shiba Inu's price increase was mostly fueled by whale-tier investors, the lack of transactions worth more than $100,000 was one of the main reasons behind the slowing performance.

Bitcoin is close to falling down

As we mentioned before, Bitcoin has been moving in a prolonged ascending wedge pattern for the last few weeks without successfully breaking up or down. Such price performance usually shows a lack of confidence among investors or the absence of serious market inflows.

Today, BTC has reached the lower border of the pattern and is dangerously close to breaking the current support level, which will directly lead to a plunge to the $22,000 price range.

Luckily, there is one more threshold that bears would need to break to push Bitcoin back to "panic" zone, which is the 50-day moving average that, coincidentally, has not been tested after the successful breakout we saw five days ago.

Additionally, Ethereum beat Bitcoin in terms of open interest on derivatives like options for the first time in history, which shows that the digital gold is not as interesting for investors as the second biggest cryptocurrency on the market, which will soon receive a fundamental update.

For now, the first cryptocurrency is losing more than 1% of its value in the last 24 hours. The overall performance of the market remains anemic, with volatility on the majority of assets reaching new lows.