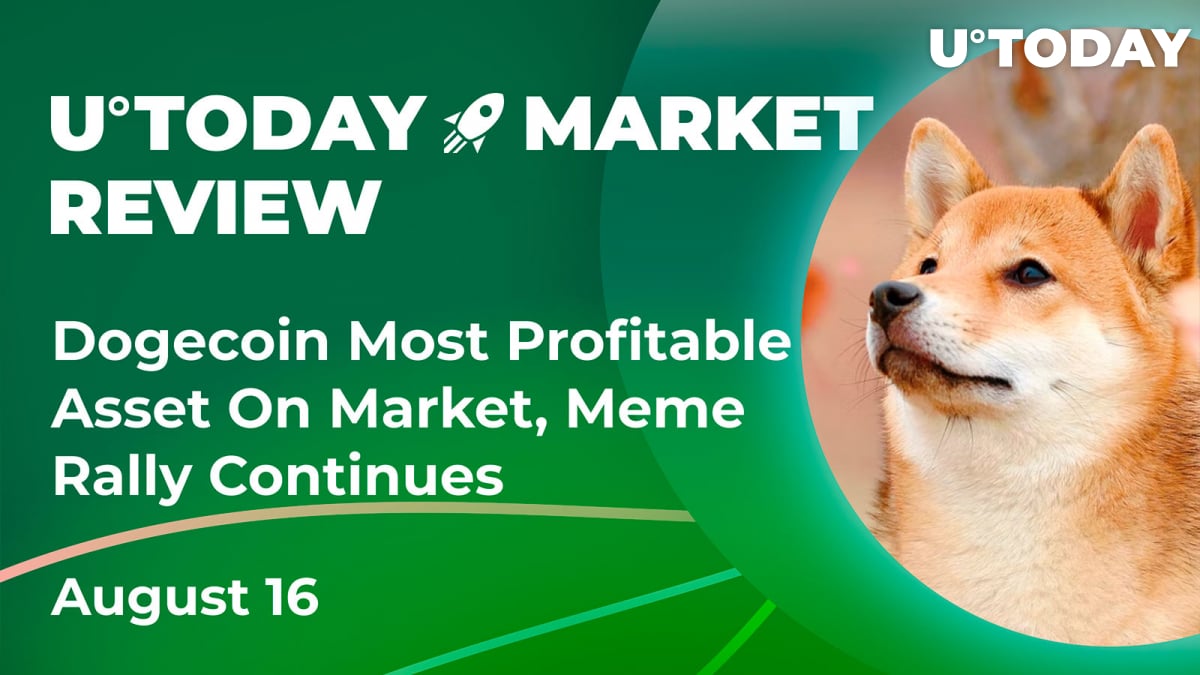 The rally of meme currencies on the market continues as Dogecoin became the most profitable asset on the market in the last 24 hours, with an over 15% gain. The rally on memecurrencies has continued for the last three days as SHIB also managed to restore some part its value lost previously.

For the last few days, the market saw a battle between the two biggest meme currencies on the market for 10th place on the list of assets sorted by market capitalization. Shiba Inu, with its $8.7 billion of mcap, is actively pushing Polkadot, which has $9.8 billion at press time.

Unfortunately for SHIB holders, it is not likely that the meme token will suddenly take the place of the old classic Dogecoin that currently has almost $12 billion in market capitalization.

In order to reach the level of Dogecoin, Shiba Inu would need more than a 40% price increase, which would put it close to DOGE's $12 billion. This scenario is unlikely to become a reality, considering the correlation between the two meme currencies that usually move toe-to-toe on the market.

One of the main drivers for both assets today is the high demand for risk exposure, which was present on the market last week. Even though the market was hungry for risk, this entire trend will most likely fade out considering the lack of inflows to the market.

Following our news about Michael Burry, who decided to leave the financial market and drop all of his stock holdings, we are seeing an outflow of funds from the cryptocurrency market by institutional investors who withdrew more than $17 million in assets from the industry.

While the number does not seem significant, the lack of inflows and the appearance of outflows could be the beginning of a trend for the next few weeks or even months. With Bitcoin starting to lose its value rapidly, we will see the acceleration of the outflow of funds.

What fuels the reversal

As we mentioned before, the rally of the U.S. dollar could be the next fuel for a cryptocurrency market reversal. The DXY index successfully bounced off the local support level and started to move up, gaining more than 1.6% to its value.

The growth of the index is a bearish sign for the digital assets market, as it usually causes the devaluation of all assets against the currency. In addition to it, investors are moving their funds toward more conservative investment options like bonds.

At press time, Bitcoin is changing hands at $23,928 and is still moving in an ascending consolidation channel for the last few weeks. Luckily, the first cryptocurrency is able to remain in the range and loses around 1% of its value in the last 24 hours.