Bitcoin Finds Support Above $6,200 as Stellar Shines and Ontology Drops

Darryn Pollock
Bitcoin’s downturn seems to have slowed as the major cryptocurrency finds support above the $6,200 mark once again 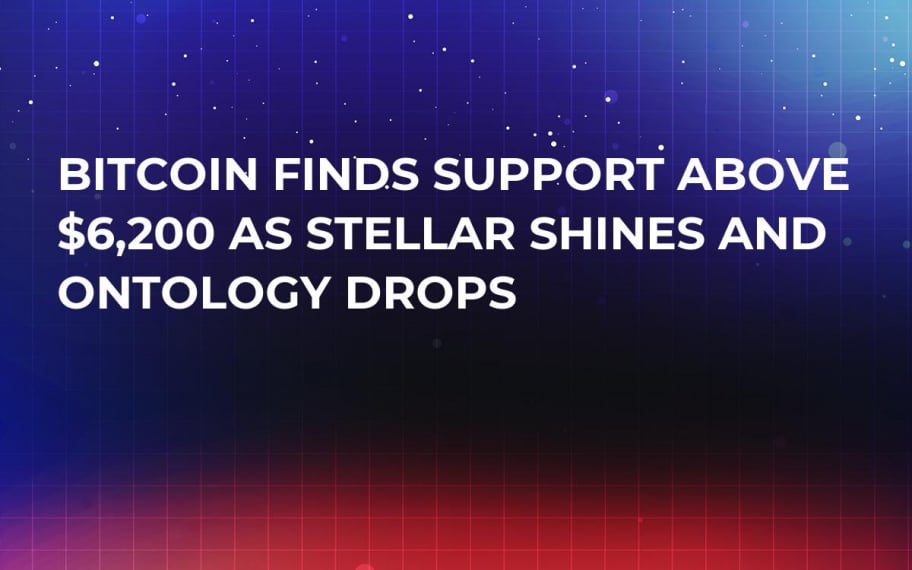 There has been some respite for the bulls in the cryptocurrency market as Bitcoin showed it has a strong base level support above the $6,200 mark. After a stint of price drops for Bitcoin from a high of near on $8,500, it has been a question as to where Bitcoin will find its bottom.

While the bottom may not yet be found, the $6,200 mark looks to be a steady base of support as the coin bounced up from that mark to $6,500.

Meanwhile, the rest of the altcoins have seen mixed results over the last 24 hours, with no massive losses, but Ontology suffered a bit. On the other side of things, Stellar has done well, picking up some solid gains.

Bitcoin hit a low point of Wednesday when the coin fell to $6,138, its lowest level in the past 26 days. However, that low was quickly eradicated as a jump in price of about five percent got Bitcoin back to $6,500.

The reason for this could have to do with a small opportunity in the form of a pullback that started Aug. 1 and lasted all of 10 trading days.

This is also shown across other cryptocurrencies, and the market in general, which is in a better space as coins record some gains, as well as small losses only.

One of the more well-known coins posting growth is that of Stellar, the number six coin, as ranked by market cap, is up over eight percent for the past 24 hours, and this must have something to do with its transaction boost.

Stellar has reported that its transactions are growing exponentially as the use of the Stellar Blockchain grows. This has helped investors flood towards Stellar, eyeing an opportunity for the promising coin.

Meanwhile, while the losses have not been too big over the last 24 hours, Ontology is having the worst time of it for one of the better know coins. But having said that, they are only three percent in the red for the past 24 hours.