Bitcoin, Ether and Others Back in Green, Solana Developers Take No Responsibility: Crypto Market Review, August 4 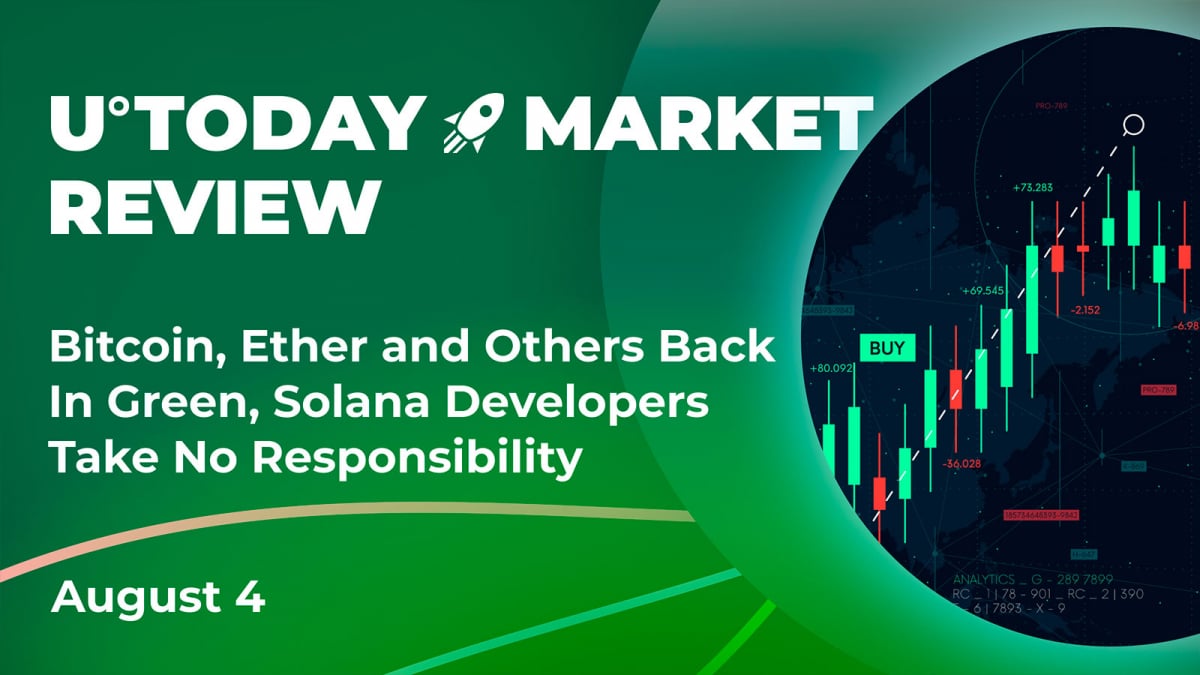 The cryptocurrency market faces a recovery as the industry recovers from a series of cross-chain bridge hacks and issues with the Solana network. Luckily, blockchains' security was not the problem behind the series of wallet hacks.

Despite all the negativity on the cryptocurrency market, Bitcoin successfully held its own against the selling pressure we saw yesterday and managed to defend the $22,000 threshold yesterday, even reaching $23,000 at some point today.

Unfortunately, for the last seven days, Bitcoin had seven consecutive red candles that show that the market is not yet ready to push the digital gold's value up nor to provide more inflows into the industry.

In the last week, institutional investors brought around $80 million to the cryptocurrency market, which can be considered an insignificant value for the $1 trillion market. However, we saw a fifth consecutive week of inflows, totaling $0.53 billion. Unfortunately, on June 26, we saw almost $450 million worth of outflows from the market.

With more details coming out on the most recent Solana blockchain "hack" emerging in the industry, it has become clear that the network's security was not the issue behind users' losses.

Reportedly, responsibility for the hack is on a Slope wallet provider who saved the seed phrases and private keys of Solana users in a plain text file, which is one of the most irresponsible things a crypto project that interacts with thousands of users could possibly have done.

After an investigation by developers, ecosystem teams, and security auditors, it appears affected addresses were at one point created, imported, or used in Slope mobile wallet applications. 1/2

Once hackers got access to Slope's centralized servers, they almost immediately found the file that would give full access to the wallets of any users who imported their seed phrase into the Web3 solution.

This fact also explains why some users lost funds not related to the Solana network, including Ethereum-based tokens or ETH coins themselves. As for now, we know that the largest portion of victims were using Trust and Phantom wallets.

For the last seven days, the cryptocurrency market was mostly facing selling pressure from investors, which might be a sign of an upcoming reversal the next week or even weekend.

In addition to being oversold on shorter timeframes, Bitcoin has reached the local support level, which is the 21-day Exponential Moving Average, that acts as the short-term foundation for a price movement.

At press time, Ethereum is changing hands at $1,600, while Bitcoin is still consolidating at around the $23,000 threshold.