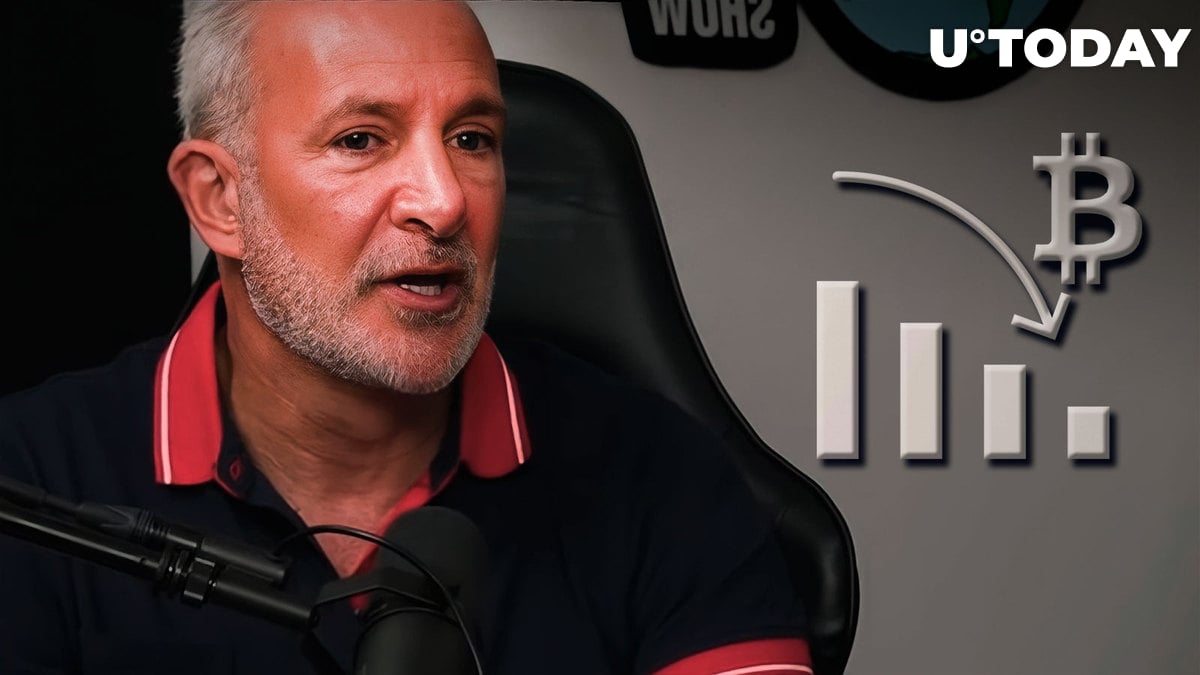 In a recent tweet, vocal Bitcoin opponent, founder of Euro Pacific Capital and SchiffGold, Peter Schiff, recalled his post published on August 14, stating that this bearish prediction on Bitcoin came true, though not in the way he had expected it.

That tweet of his came several days before the current Bitcoin fall as the leading cryptocurrency slumped more than 7 percent below the $22,000 level and Ethereum followed it by dropping under $1,700.

They “should have heeded my warning and sold”

Schiff reminded the community about the tweet that he posted last Sunday, where he predicted Bitcoin likely testing support below the $10,000 mark in the near future. As for details, Schiff warned that on that chart two bearish patterns – Double Top and Head & Shoulders top – were forming a Rising Wedge.

So slipping below the $10,000 level is a minimal decline, according to that tweet of economist and fund manager Schiff.

In today’s tweet, he pointed out that within five days after that post, Bitcoin fell by more than 14 percent, trading in the $21,300 zone at the moment, while many accused him of spreading FUD on Twitter.

Despite the fact that his warning was ignored, there is still time to sell Bitcoin, he tweeted.

This was my most recent #Bitcoin tweet. Many of you accused me of spreading #FUD. In the 5 days since this tweet the price of Bitcoin has fallen by over 14%. Those making fun of my tweet should have heeded my warning and sold. There's still time to sell. Better late than never! https://t.co/KraugIXXwT

On June 16, Schiff tweeted that his the Twitter post he published five days before about a likely fall of Bitcoin and Ethereum soon had come true by almost 100 percent.

When the lows Schiff predicted are taken out, he stated that he would still expect “a real crash”.

Related
Crypto Crash: Arthur Hayes Says It Might Be "Time for Shopping"

Overall, starting August 19, Bitcoin fell over 10 percent, hitting the $20,000 zone. By now, the flagship cryptocurrency has regained some of its losses, rising to the $21,186 level on the Bitstamp exchange.