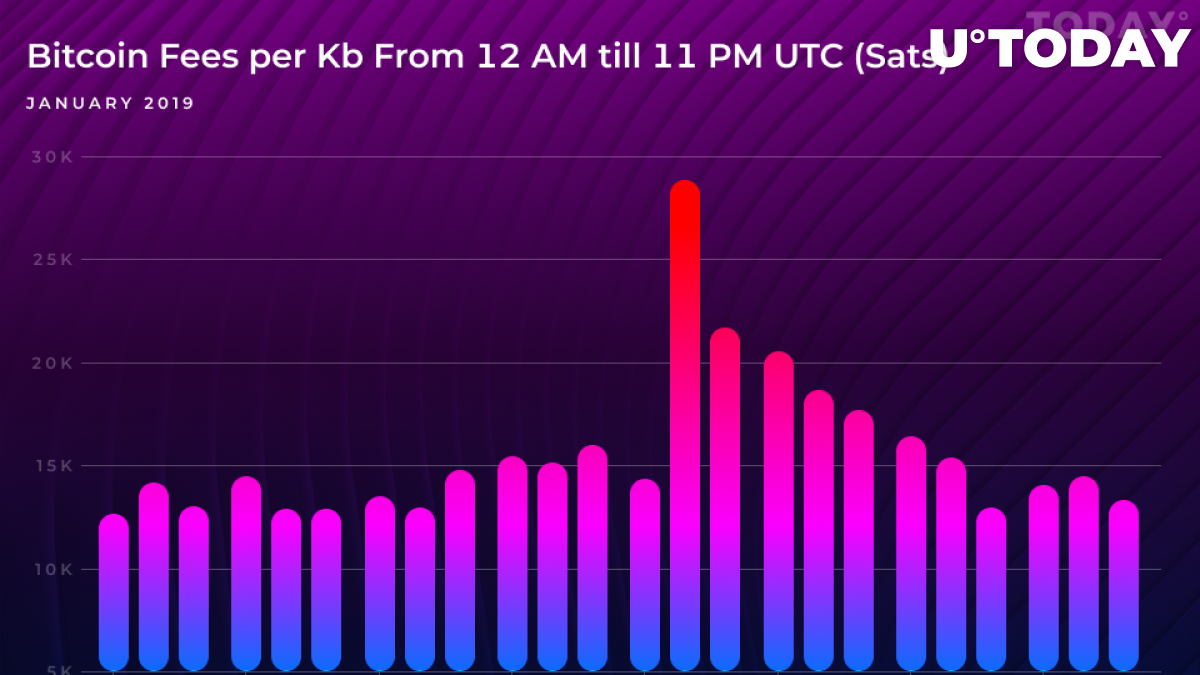 In its latest issue, Blockchain research startup Diar examined how Bitcoin fees correlate to different parts of the day. It turns out that those who perform Bitcoin transactions at 1 PM UTC have to shell out a substantially higher fee than those users who want their payments confirmed in the morning or at night.

Related
Fees and transaction time – what you should know

It’s all about the timing

As the graph shows, those who send BTC at night have to pay 15,000 satoshis less, but getting your transaction confirmed at 1 PM will result in a much higher fee — almost 30,000 satoshis. Since EST and CST are five and six hours behind UTC respectively, it’s the best bet for Americans to avoid making Bitcoin transactions early in the morning. Meanwhile, Japanese Bitcoin owners will have to pay much more at 10 PM.

Forking out big fees (not anymore)

As U.Today revealed earlier, all unconfirmed transactions go to a memory pool (mempool) where they remain in limbo before being validated by miners. Miners are obviously incentivized to pick transactions with the highest fees. During the peak of the crypto craze, more than 200,000 transactions were stuck in the mempool, and the fees went through the roof. However, the Diar report also shows that Bitcoin fees dropped to their lowest level in 4 years despite the current transaction count nearly matching the bull market peak.