Bitcoin and Its Correlation to Other Assets and Markets Revealed

Darryn Pollock
Bitcoin has mostly been a rogue market, however, more and more correlations are being drawn; but what does this mean? 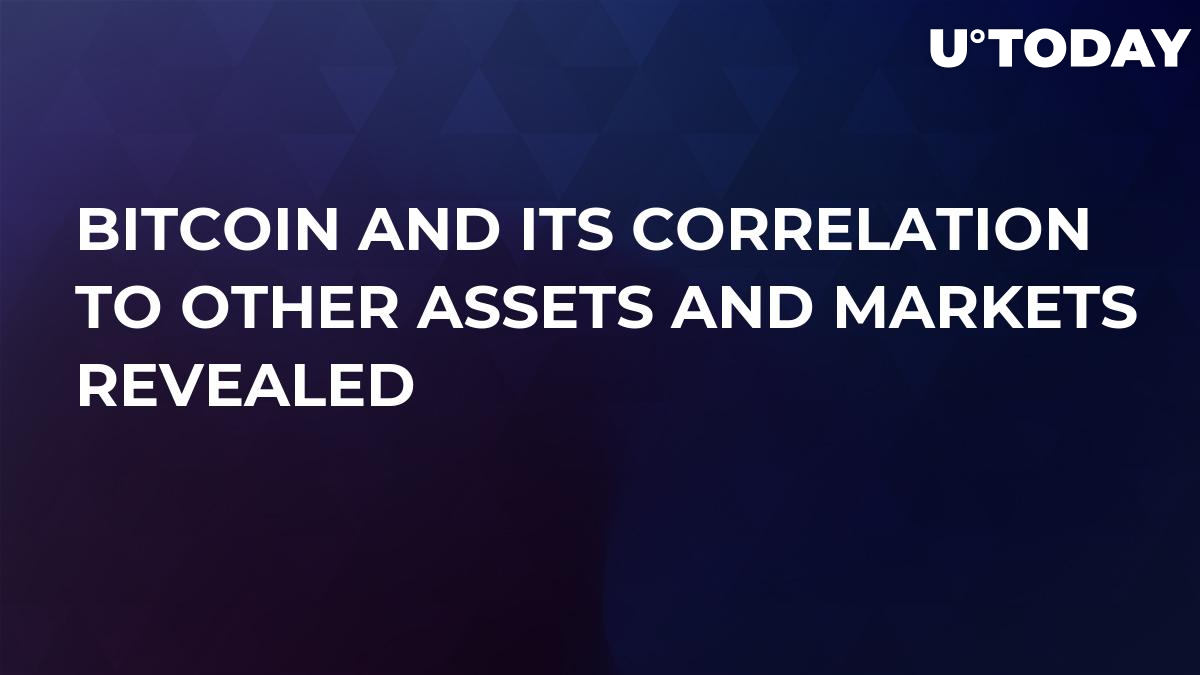 In the realm of stocks and asset markets, there is a lot of looking into graphs to find patterns, as well as correlations. However, with the emergence of the Bitcoin market, it has been quite hard to peg it down into any sort of box.

The volatile cryptocurrency, as well as its other even more volatile cousins, have mostly matched to the beat of their own drum; yet, there have been times when correlations have been drawn to try and effect predictions and assumptions.

Now, there is a growing belief that a more stable Bitcoin price could be closely correlated to the stock market — but this may well spell disaster for an asset that has made such a name for itself as a rogue.

Still, the arguments abound that there is even a correlation with the equities market, as well as with emerging markets.

The VIX Index is the Volatility Index and is a popular measure of the stock market’s expectation of volatility. It is colloquially referred to as the “fear index” or the “fear gauge.” The VIX was an important metric back in February this year as it spiked to big highs.

In February, the US stocks experienced their worst week in two years seeing the Dow plunges 1,000 points. This, of course, sent the VIX spiking as the fear of crashes and other negatives peaked.

At the same time, Bitcoin’s price was falling, but the reason was not much correlated to the reasons for the stock market dropping. Rather, there was an inverse correlation between VIX and Bitcoin. So, it is between the VIX and Bitcoin, not the Stock Market itself, where the correlation seems to exist.

Fundstrat’s Tom Lee said at the time that the initial relationship between the Stock Graphs and the Bitcoin price had only a limited correlation.

“[Bitcoin’s chart] could easily look like a chart that looks like the S&P, because both had a parabolic move and then subsequently gave back some of these gains,” Lee told CNBC’s Trading Nation.

He added that the “the connection between the two is really, really limited.”

A new era of correlation

However, Bitcoin’s markets have been performing slightly differently to the way they were back in February, and as such, their own volatility has reached new lows. To this end, there have been some similarities between the stock market and Bitcoin, prompting some new questions of correlation.

In its in-depth analysis, BitBull Capital CEO Joe DiPasquale states that timing is the key factor. Stocks and cryptocurrencies, he concludes, can only move in tandem in the short term. So, looking long-term, from 2015, there has been no correlation, and thus traditional and digital markets are not related in the long term.

But looking ahead, this may be the beginning of a long-term correlation, especially considering the drive to entice more institutionalized investors into the Bitcoin market. This may indicate a maturing market, but it could also take away a key facet of the cryptocurrency space — its volatility and potential to skyrocket — which brought investors to it in the first place.

There is also some evidence of a correlation to commodities and equities that are raised by Clem Chambers, CEO of private investors website ADVFN.com.

“Bitcoin is not meant to be an asset that is correlated to things like commodities and equities,” he explains. “However, it is — and if you are a chart-watcher you have likely seen Bitcoin move in line with other markets. The clearest example of this has been shown in big Bitcoin moves when certain countries’ markets open. South Korea was a strong example, and London often moves Bitcoin at open.”

“Another example has been when equity indexes move and ten minutes or so later or roughly the time it takes for the Blockchain to do its thing, the price of Bitcoin sets off in a new direction.”

Chambers make a good broad statement, although Bitcoin is relatively rouge, it is still something that is linked to ‘fiat’ and is a conduit for hedging and arbitrage where lots of potentially easy money is to be had.

So, while people discuss and debate the correlation properties of Bitcoin and try and utilize that information to their advantage, it cannot be said one way or another if there is a strong or direct correlation to other markets — but there certainly is a case for it.