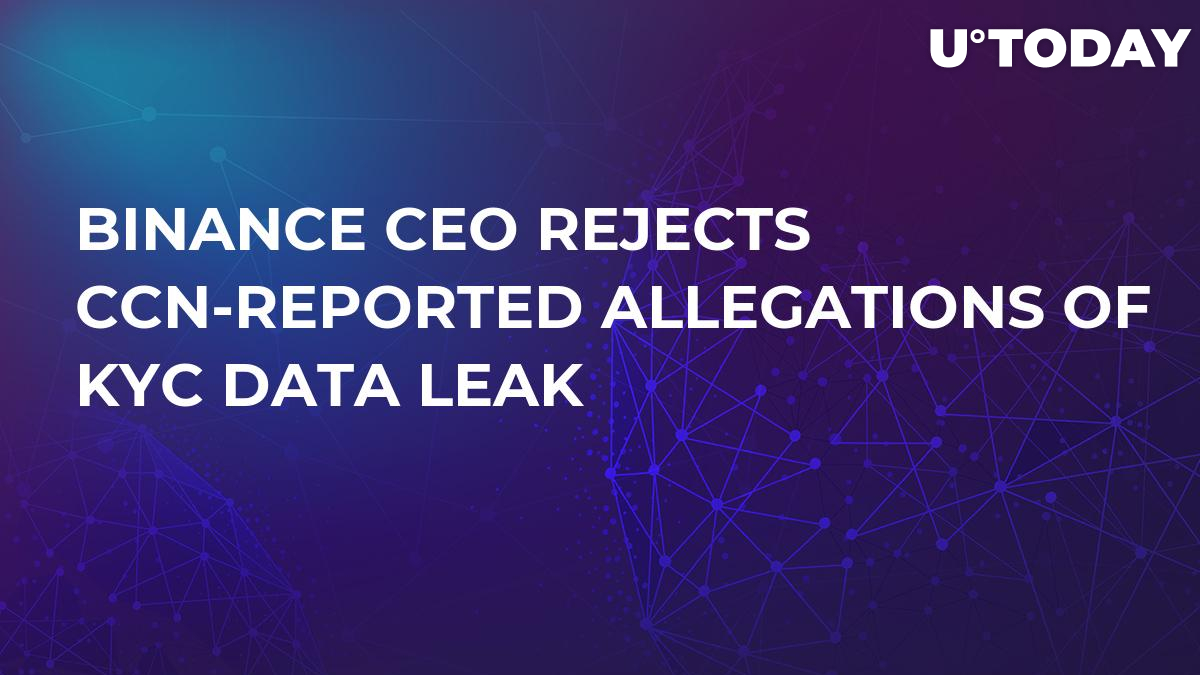 On Sunday, CCN news reported that several major exchanges, including Bittrex, Poloniex, Bitfinex, and Binance, became the victims of a hacker attack, losing the personal data of their customers. And now, allegedly, this data is for sale on the dark web. CCN, reportedly, received several screenshots of the data in question from an unnamed crypto expert.

The world’s largest crypto exchange looked deeply into the issue and reported that its experts spotted no data leak. Their representative, Leah Li, stated that the aforementioned photos and screenshots had been from a thorough investigation; however, they did not find any proof that the data breach took place on Binance. She added that the team of Binance experts had even come across KYC photos of the stolen data made in Photoshop.

An independent expert team that has also researched the matter believes that the documents and photos in question are most likely to originate from a phishing site, not Binance or other exchanges mentioned above.

Such websites pretend they register customers with an exchange, whereas all they do is steal people’s personal data and login details for this exchange in order to steal their deposits later on.

Such websites offer people to open an account on Binance and other popular crypto platforms.

Thank you! I can't believe CCN makes articles/FUD this bad. The original Reddit post didn't even include Binance. CCN also admit they did not verify or see any stolen data. Irresponsible in-industry journalism. Disappointed! https://t.co/1ACiY13xsd