Alex Dovbnya
The BitTorrent Foundation intends to conduct several BTT airdrops to owners of Tron (TRX). The first one will be 1.1 percent of the supply in circulation 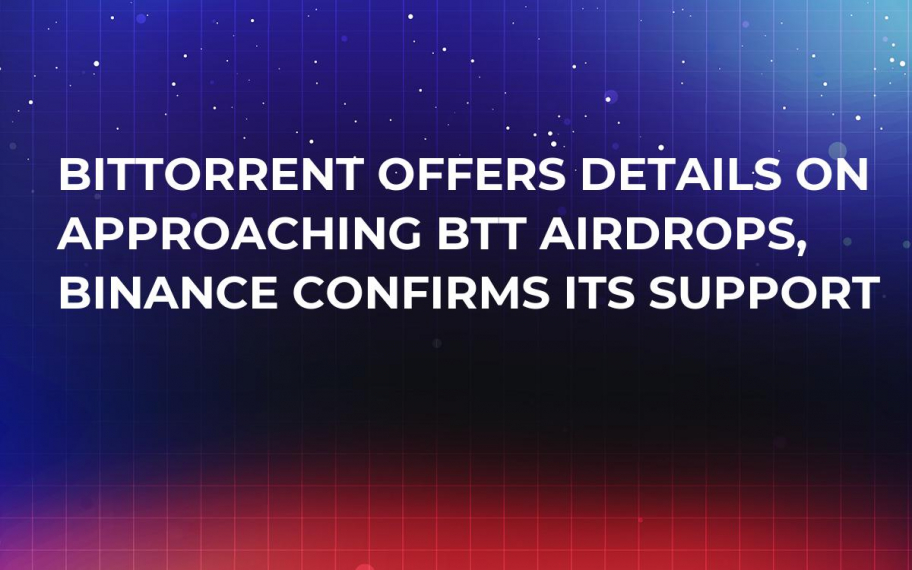 As U.Today reported earlier, the BitTorrent company soon intends to make several airdrops of their newly-made BTT tokens to the owners of TRX assets.

The first distribution is planned for February 11, when the block height reaches 6.6 mln. TRX users will get 10,890,000,000 BTT, which equals slightly over 1 percent of the total amount of BTT in circulation. 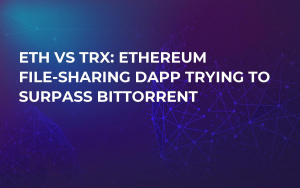 BTT airdrops in the coming years

Within this year, BitTorrent is going to spread around 12,000,000,000 BTT, which is 1.2 percent of the overall BTT amount. This will take place after the first airdrop in mid-February.

Within six years after that, airdrops of BTT assets will slightly increase in amount, rising by 0.1 percent each year. By 2025, they will reach the figure of 1.7 percent of the total supply that will be in circulation by that time.

To encourage and reward those users who have been hodling TRX coins for a long while already, BitTorrent intends to release an extra 99,990,000,000 BTT as another airdrop, giving them away during special events that will take place both on the Internet, on social media and offline, too.

All BTT airdrops will be conducted on Tron-based wallets at the ratio that TRX users keep in their wallets.

The BitTorrent Foundation will later provide details about the exchanges that will underpin the BTT airdrops mentioned above. So far, Indian exchanges Koinex and WazirX are in.

Binance’s CEO has also confirmed the support of the BTT airdrop, but an official statement from him has yet to come out. 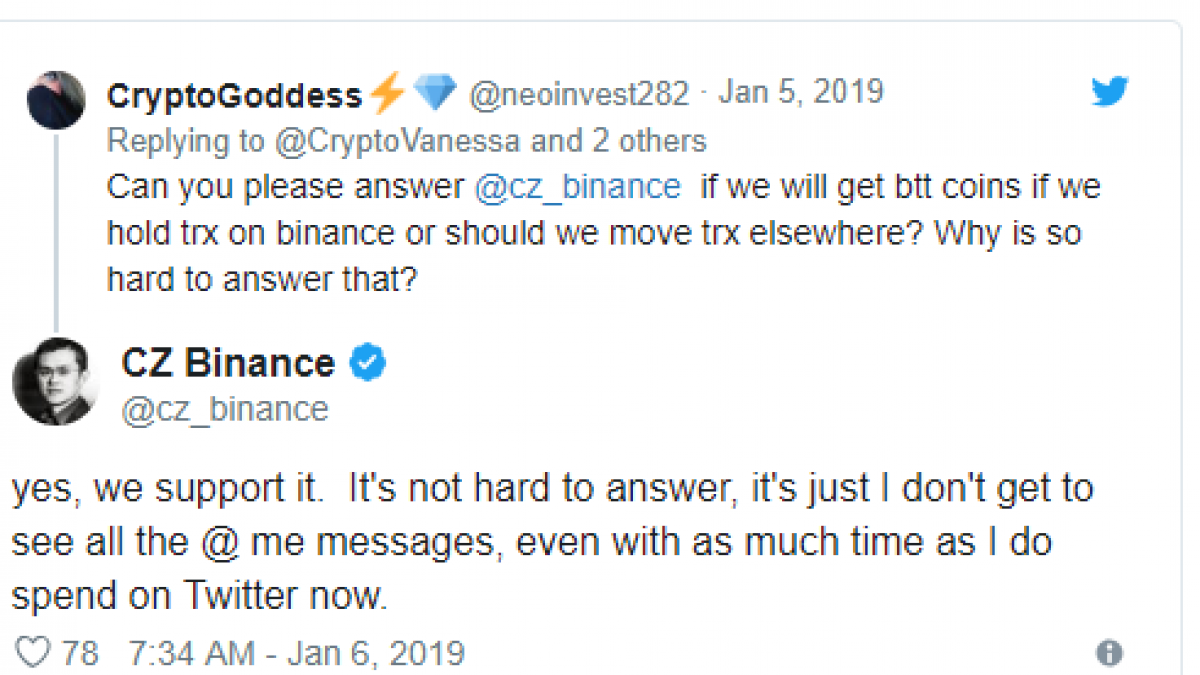