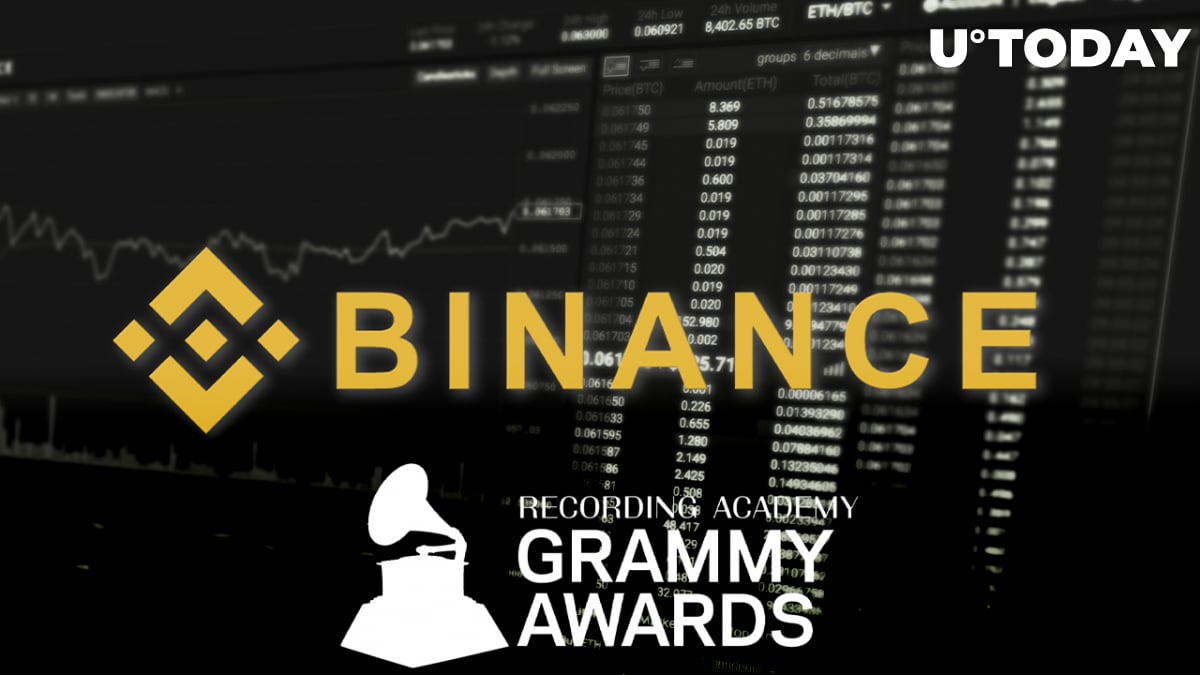 Cryptocurrency exchange Binance has become the official sponsor of the annual Grammy Awards, according to a Thursday announcement.

This is the first crypto company to partner with the Recording Academy, which is another sign of growing mainstream acceptance.

Binance co-founder Yi He claims that the partnership will bring fresh blockchain-powered experiences to the show.

The list of other partners that have decided to sponsor the upcoming Grammy Awards includes technology giant IBM, payments behemoth Mastercard, hotel chain Hilton, People Magazine and others.

The world's most prestigious music awards show is scheduled to take place on April 4 at the MGM Grand Garden Arena in Las Vegas. The event was originally supposed to happen on Jan. 31, but it was postponed due to the rapid spread of the Omicron variant in early 2022.

Related
WisdomTree Launches Solana, Cardano and Polkadot ETPs on Euronext Exchanges
With less than a week left, all eyes are, of course, on the Big Four categories that include album, record, and song of the year, as well as best new artist.

Twenty-year-old pop sensation Billie Eilish, who swept all the major categories with her blockbuster debut album, "When We All Fall Asleep, Where Do We Go?" two years ago, is once again among the top contenders despite experiencing a sophomore slump with her second LP "Happier Than Ever."

This year, she will have to fight it out with Lady Gaga and Tony Bennett, whose joint jazz album, "Love For Sale," is a heavy favorite to win the top prize at the forthcoming ceremony.

The list of nominees in the "Album of the Year" category, which has been expanded to 10 contenders this year, also includes Taylor Swift's "Evermore" and Olivia Rodrigo's "Sour."