Alex Dovbnya
WisdomTree's Solana, Cardano and Polkadot exchange-traded products have started trading in France and the Netherlands after debuting in Germany and Switzerland earlier this week 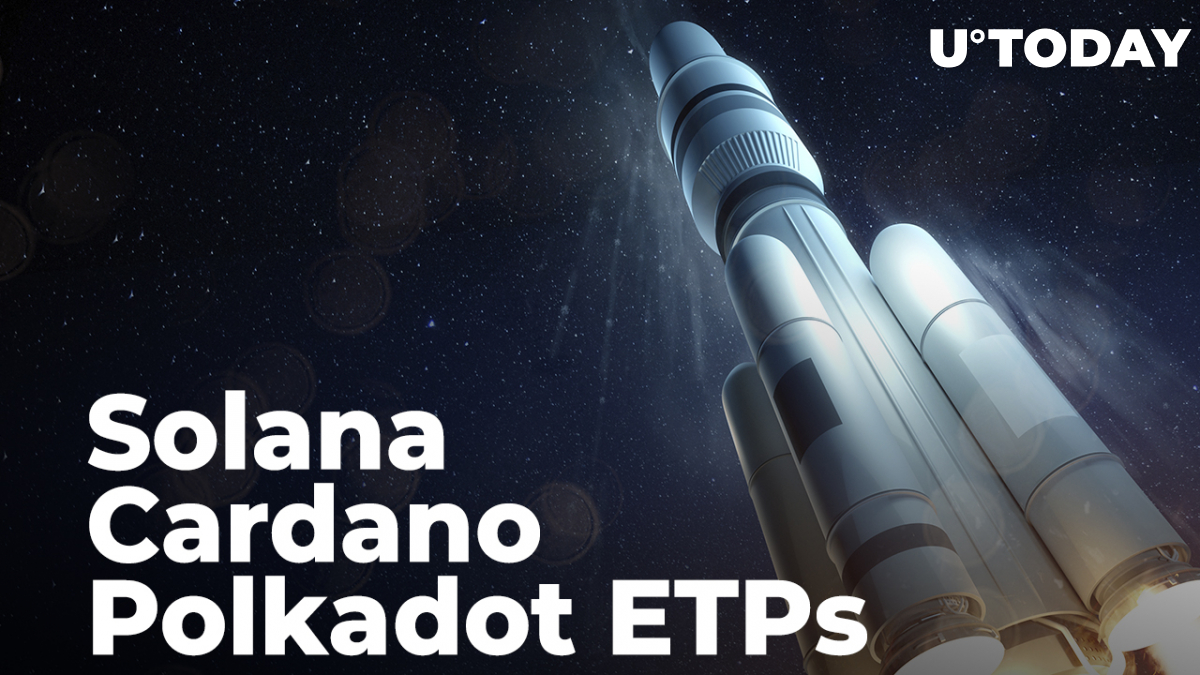 The two ETPs have started trading on Euronext exchanges located in Amsterdam and Paris.

The products boast a total expense ratio (TER) of just 0.95%. It measures the total costs associated with operating a certain investment fund.

Earlier this week, the Solana, Cardano and Polkadot ETPs were also launched on Zurich-based SIX Swiss Exchange and Frankfurt-based Xetra.

Cryptocurrency ETPs provide investors with exposure to a slew of cryptocurrencies in a secure and cost-efficient manner. Such products are typically popular in Europe, where regulators have shown a willingness to list such products. As reported by U.Today, 21Shares recently launched ETPs for such exotic cryptocurrencies as Decentraland (MANA) and Aave (AAVE).

Crypto investment firms are getting more creative. Earlier this month, Bloomberg reported that CoinShares had joined forces with crypto exchange FTX in order to launch a Solana-based ETP that would offer staking rewards in order to reduce management costs for investors.

No Bitcoin ETF in the U.S.

While there is already stiff competition among ETP issuers that offer exposure to esoteric altcoins, the U.S. Securities and Exchange Commission is yet to greenlight a physically backed Bitcoin exchange-traded fund.

Leading cryptocurrency asset management Grayscale Investments, which is vying to be the first to launch a spot-based Bitcoin ETF, recently warned that its quest to launch such a product could result in a lawsuit against the formidable regulator.