Yuri Molchan
Trading against BNB, BTC and ETH has made the coin skyrocket within hours 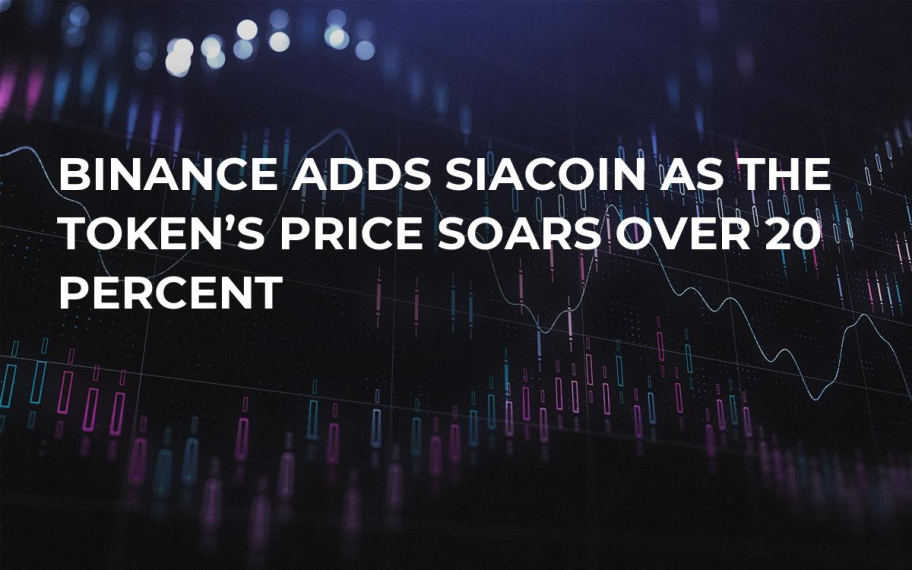 Currently, Siacoin is trading at the $0.014 mark after a 21.41-percent-rise, according to Coinmarketcap.com. If this bullish trend goes on, the coin may well recover its mid-April highs when the token price went up to $0.030.

Before that Siacoin reached a high of $0.09, when all the crypto market was bullish. Anyway, the Binance listing was helpful– the exchange provides a higher trading volume and a market cap figure, so it was expected for the coin to get high.

Avoid being too optimistic

Most likely, though, the current red wave that has flooded the market will finally get its hands on Siacoin as well to pull the price back down. The current 20 percent bullish ride will not last forever.

However, due to the news of the Binance listing spreading fast, the token may well gain some momentum and thus reduce the damage from the possible future decrease. Otherwise, if Siacoin had just dropped along with the other market, the fall could have been hard.

The token is issued by the decentralized cloud platform Sia, which is working on creating a marketplace for storing data– safe and sound othe Blockchain. The startup management is positive that their solution is a lot less costly and works faster than ordinary cloud services.

At the moment, out of 5.5 Petabytes of the storage capacity offered by the platform, 180 Terabytes are being used. One Petabyte is equal to one mln Gb.

Another coin, one of the top 10 currencies, IOTA, has just been added to Bitpanda exchange. But since the trading company is quite small, it has not given the coin any big rise: just over five percent.

Other altcoins are also making it to exchanges, ETC among them– Coinbase has recently announced on Twitter about its plans to list the coin in September.

This news surprised some of the crypto community members since this digital currency takes 18 place in the top 20 coins’ list and cannot boast a big market capitalization.

However, the coins price moved up 20 percent.