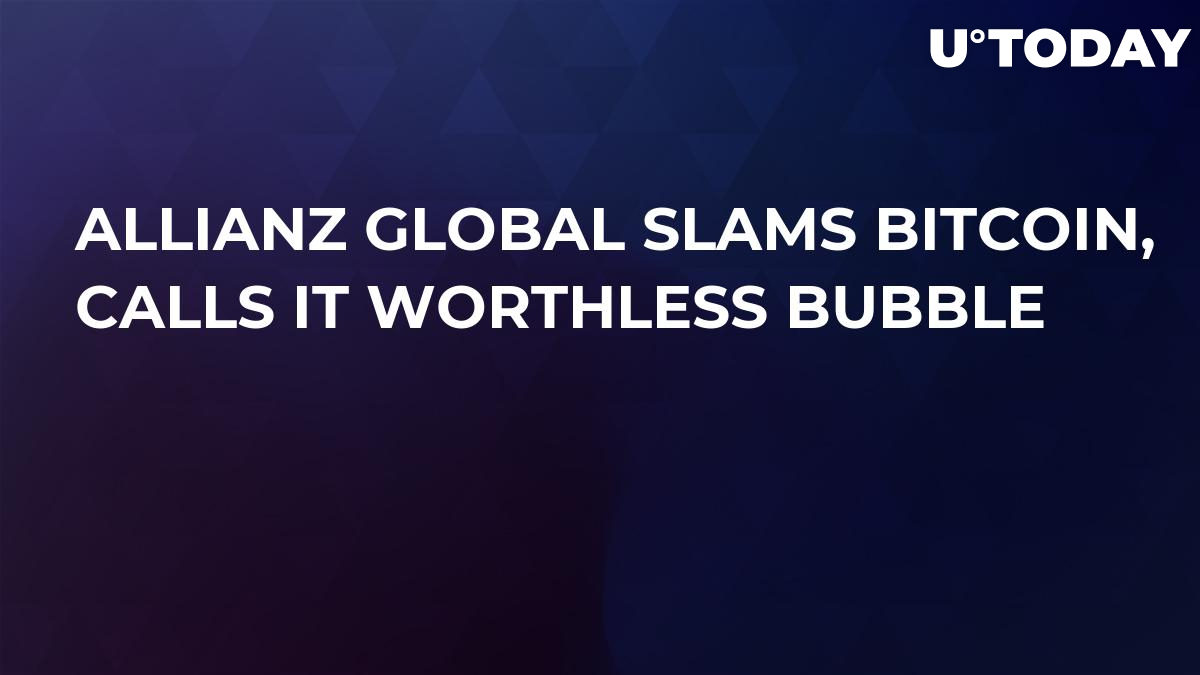 It is nothing new, to see major money and finance corporations take a hot at the decentralized digital money system that is sweeping the globe. The lastest is Allianz Global which has said that Bitcoin is worthless and that the bubble will pop.

The investment arm of Europe’s biggest insurer has come out and stated that, in their opinion, the intrinsic value of Bitcoin is zero, and that it is a case of when not if the bubble pops.

It is a pretty worn out argument but represents another case of a major company having a one-sided view of digital currencies.

Stefan Hofrichter, the company’s head of global economics and strategy, recently wrote on Bitcoin, addressing its value, and stating it to be zero. He then went on to compare the difference between cryptocurrency and fiat money.

“In our view, its intrinsic value must be zero,” Hofrichter said. “A Bitcoin is a claim on nobody- in contrast to, for instance, sovereign bonds, equities or paper money- and it does not generate any income stream.”

“Admittedly, one could make the same argument about gold, but gold has been widely accepted by humankind as a thing of value for more than two-and-a-half thousand years compared to less than a decade for Bitcoin.”

Hofrichter goes on to complete his argument on Bitcoin by stating that it “ticks all the boxes” as an asset bubble and that the bubble will eventually pop.

“The hyperbolic price movements of Bitcoin since its early 2009 inception have been very bubble-like in nature. When one compares Bitcoin’s five-year price momentum (adjusted for inflation) against that of previous asset bubbles, Bitcoin dwarfs the runners-up- the Mississippi bubble of 1720 and the Amsterdam Tulip Mania of 1637. And among more recent examples, Bitcoin far surpasses the IT bubble of the 1990s and the Japan bubble of the 1980s,” he wrote in a post on the website.

The arguments put forward, while well reasoned, are still very stale and do not bear repeating. Hofrichter is simply stating arguments that have been put forward before with no new evidence to support their eventuality.