Algorand Is up 28% in Week, Here Are Two Potential Reasons for Rise 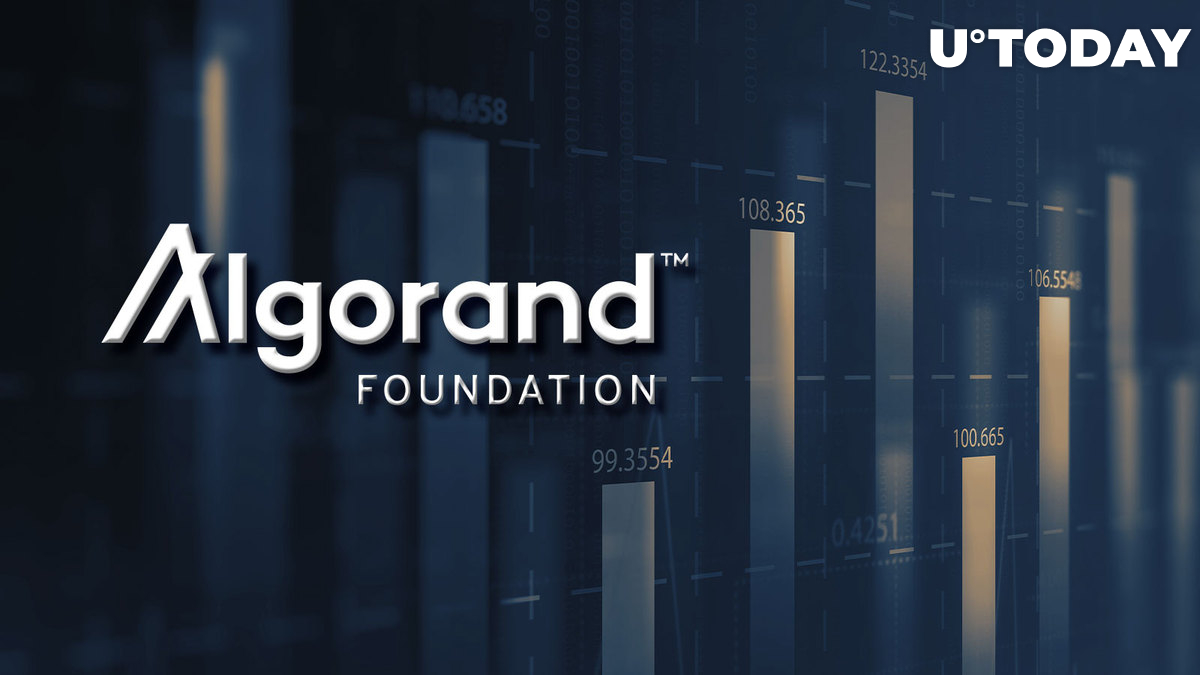 Algorand (ALGO) is up 28% in the past week, remaining among the top weekly gainers. At the time of publication, ALGO was changing hands at $0.38, up 5.58% in the last 24 hours, per CoinMarketCap data. Two potential factors might have contributed to Algorand's 28% gain in the past week: an uptick in interest coinciding with its partnership with FIFA and positive growth in user base and TVL.

Positive growth in user base and TVL

New addresses making their first $ALGO transaction have climbed from 5k a day to 20k a day within three months pic.twitter.com/JFIpQ6ndHz

On-chain analytics firm IntoTheBlock reports that Algorand is seeing an uptick in new users, which may bring about growth in activity for the blockchain, which is overall positive. It notes that the addition of new users has grown from over 5,000 in a day to 20,000 now.

Algorand's CTO, John Alan Woods, also tweeted that the blockchain has just set a new all-time high in its TVL. Total value locked, or TVL, is the overall value of crypto assets placed in a decentralized finance (DeFi) system, or DeFi protocols, and might indicate interest in a particular DeFi ecosystem.

Uptick in interest amid FIFA partnership

Algorand has seen an uptick in interest from investors and soccer lovers since the FIFA partnership. FIFA unveiled "FIFAplusCollect" earlier this month, a new platform that would let football fans purchase one-of-a-kind digital memorabilia of the most memorable moments from FIFA World Cup games. Under their recent partnership, FIFAplus Collect verifies ownership confirmation using the Algorand blockchain.

A lot of work with @FIFAcom to make history with @FIFAPlusCollect today on @Algorand! https://t.co/9O7zAQAC5h

Algorand also announced the appointment of Michele Quintaglie, a former Visa and Fidelity executive, as its chief marketing officer.

Joining the Algorand leadership team, Quintaglie will report to interim CEO Sean Ford and will lead global marketing and communications with a focus on building Algorand’s brand and reach through strategic growth initiatives.

Along with the hiring news of a new CMO, the FIFAplusCollect marketplace went live, which may have helped ALGO increase.