$860 Million Worth of Bitcoin, Ethereum, XRP and Other Coins Liquidated in One Day

Alex Dovbnya
It is pure mayhem on the cryptocurrency market, with over $850 million wiped out in just 24 hours 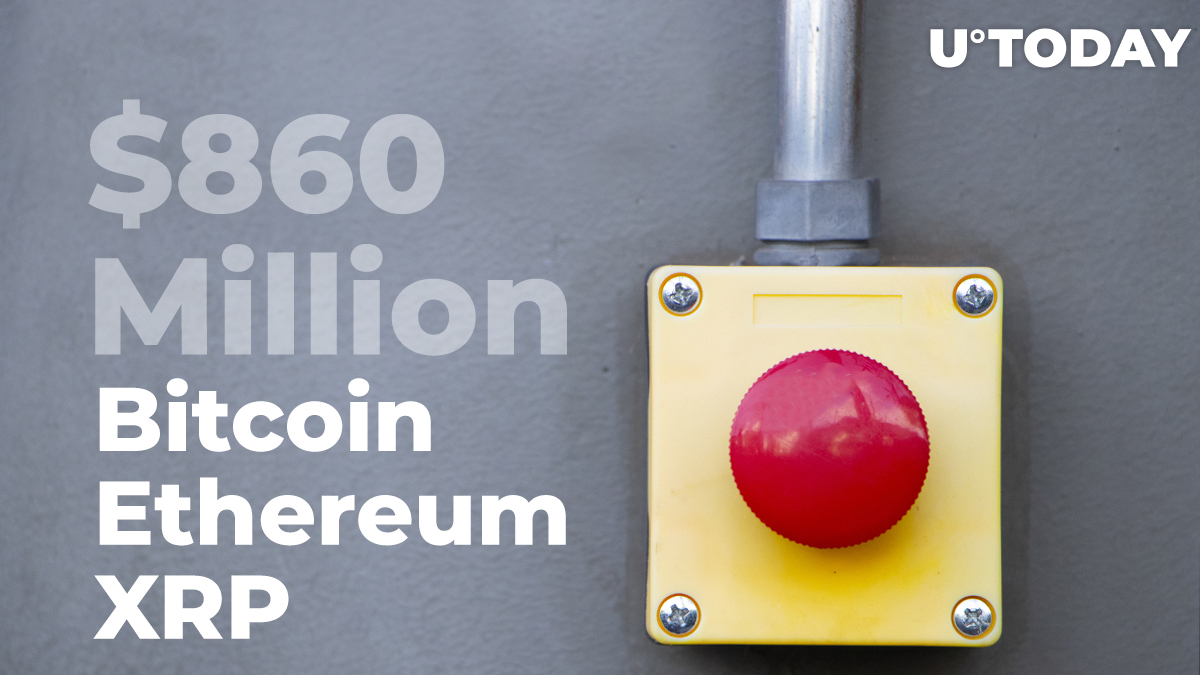 A total of $859 million worth of Bitcoin, Ethereum, XRP and other cryptocurrencies has been liquidated across major exchanges following whipsaw market moves on the first day of December, according to Bybt data.

Somebody lost $6 million with one trade

Longs are responsible for almost 70 percent of the aforementioned sum. Overall, 80,542 trading positions have been liquidated over the past 24 hours.

Singapore-based Huobi stood out with the largest single-day liquidation worth a mammoth $6.02 million in Bitcoin.

A total of $365.07 million worth of crypto has been wiped out in the last hour alone.

Binance is responsible for almost half of all liquidated positions (47.33 percent), with Huobi (26.96 percent) and OKEx (14.74 percent) coming in second and third place, respectively.

BitMEX, after ceding ground to its competitors, is only third with a tiny 4.8 percent share of total liquidations. On Dec. 1, Bloomberg reported about German trading veteran Alexander Höptner spearheading the 100x Group, the holding group behind the Seychelles exchange starting from January 2021. In October, BitMEX's long-time CEO Arthur Hayes and other exchange executives were handed criminal charges by the U.S. government.

Earlier today, Bitcoin updated its all-time high, surging to $19,918 on the Bitstamp exchange. When the cryptocurrency seemed to be a heartbeat away from the "sacred" $20,000 number, it made a complete turnaround and ended up plunging to an intraday low of $18,100 later, shedding over nine percent of its value in mere hours.

While the Bitcoin plunge was expected given how strong of a resistance level $20,000 is, many were caught off guard by Ethereum nosediving 11 percent right after the much-anticipated launch of Ethereum 2.0's Beacon chain. In reality, it was a typical "buy the rumor, sell the news" event.