Yuri Molchan
DLT giant Ripple has transferred 19 mln on the XRPL blockchain, meanwhile almost 80 mln XRP have been wired via an Asian ODL corridor that Ripple has not yet mentioned 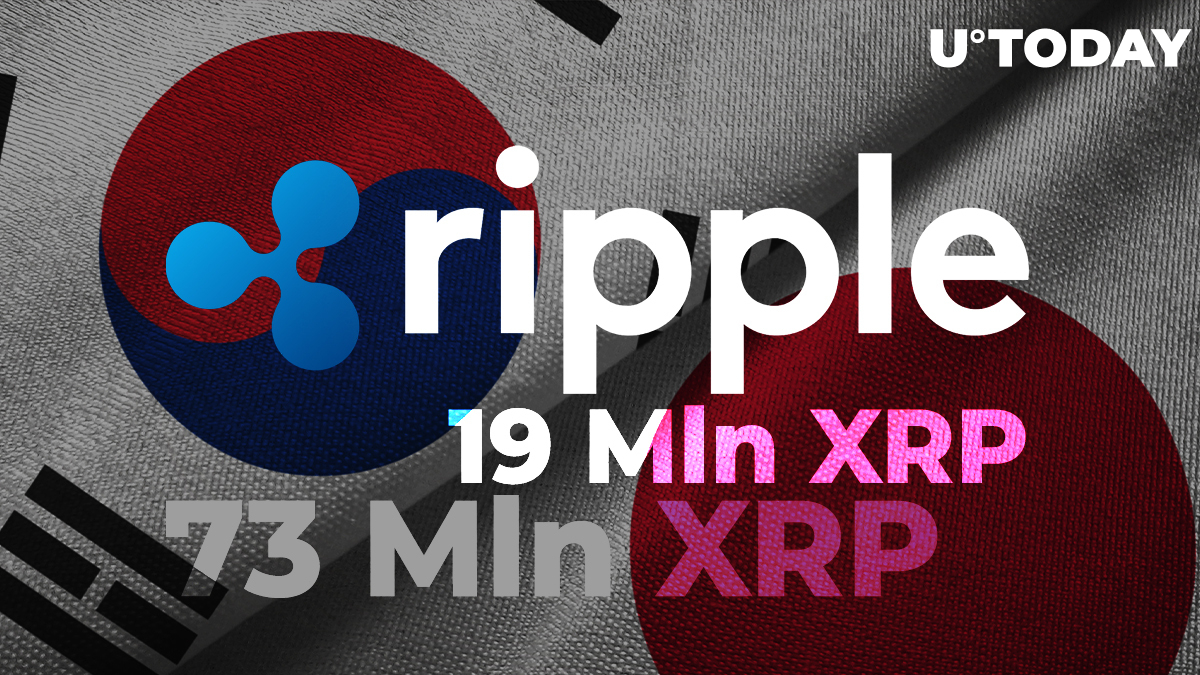 Around 73 mln XRP has been transacted through an unannounced Asian corridor that links the two biggest crypto markets, along with Ripple wiring 19 mln XRP, according to data shared by XRPL Monitor.

As per several recent tweets posted by XRPL Monitor, 73 mln XRP have been transferred by Bitbank and Bithumb—major crypto exchanges in Japan and South Korea.

Earlier this year, the Bitfinex exchange published a post on its blog, saying that the Ripple giant had connected these two major cryptocurrency markets with an On-Demand Liquidity corridor.

This blog post states that Bitbank and Bithumb are the two platforms that are making up an Asian ODL corridor that Ripple had never announced publicly.

XRPL Monitor also showed that the blockchain decacorn Ripple made a transfer of 19 mln XRP. Data from the Bithomp DLT analytics website says that these funds were sent inside the company, between two of Ripple's addresses.

Related
Major Ripple Partner to Be Added to Nikkei Index, Its Shares Spike

As reported by Whale Alert earlier this week, Ripple made another scheduled crypto payment to its co-founder Jed McCaleb, who served as the company's CTO and left soon after its founding.

Apart from that, on Sept. 1—following its three-year tradition—Ripple released 1 bln XRP from escrow and then locked 800 mln XRP back in.