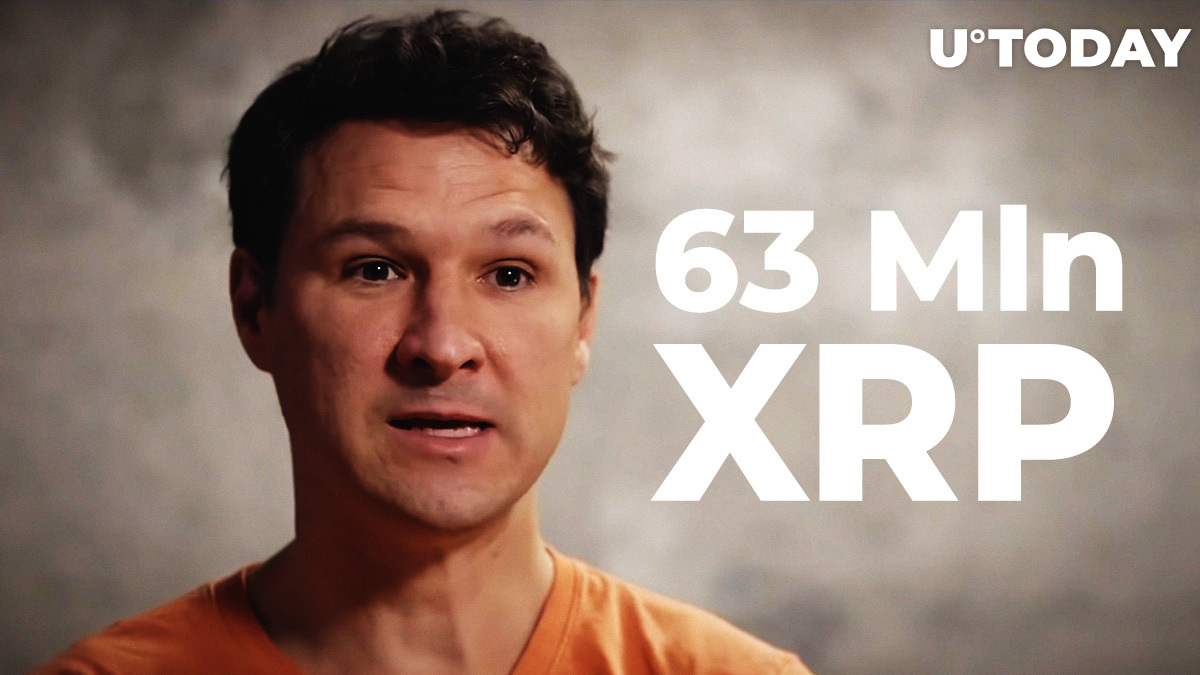 Digital asset investors holding mammoth-sized amounts of crypto are known as crypto whales and are believed to be able to impact prices on the crypto market by moving them up or down.

Data provided by ‘ledger.exposed’ says that the 0.01 percent of accounts holding 20.1 mln XRP have been accumulating more of this asset.

The second transfer was made to Jed McCaleb’s wallet. McCaleb is a co-founder of Stellar Lumens and a former CTO of Ripple. The amount sent to his wallet was 41,242,351 XRP, totaling $9,940,773.

When such giant amounts of the third largest coin are sent to McCaleb’s pocket, the community usually expects the price to dump shortly after.

Previously, U.Today reported that a gigantic amount of XRP (200 mln) was sent between accounts of the largest over-the-counter crypto exchange in Asia – OTCBTC.

Mark Phillips, a host of the BetterPRNow podcast, has shared data from the XRP transfers tracking website ‘ledger.exposed’. According to the data, the 0.01 percent of XRP accounts (the richest ones, holding over 20 mln XRP) have started accumulating more of this digital banking currency.

Institutional money is moving into #XRP. Notice the growth in the top 0.01% of accounts. Are these governments and/or major banks accumulating?

Phillips believes that these are institutional investors purchasing large amounts of XRP.

An XRP ledger developer @WietseWind has assumed that these could be just:

“People moving their XRP from their own smaller accounts to the big Exchange accounts."