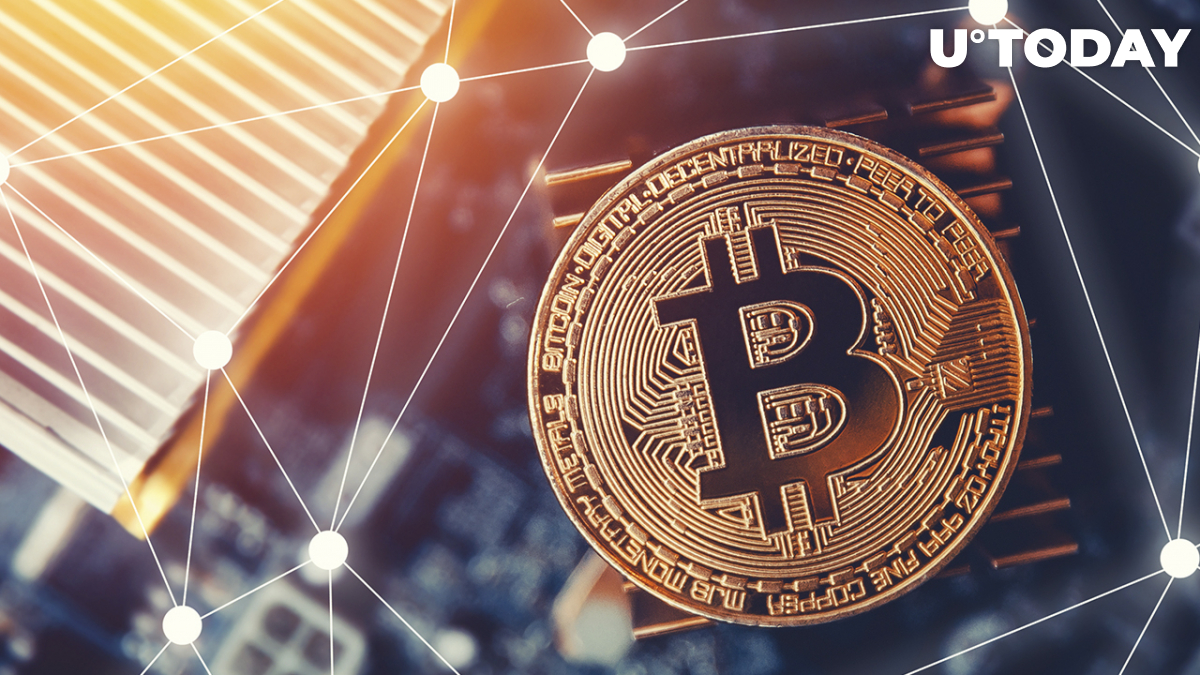 According to Bitcoin Block Bot that tracks large Bitcoin transfers and posts data related to them on Twitter, less than an hour ago, seven massive BTC transactions were made consecutively, carrying almost two billion USD.

Over $1.7 billion worth of Bitcoin on the move

Portnoy gets into Bitcoin again

Meanwhile, as the leading global cryptocurrency is trading below $38,000, founder of Barstool Sports and Internet celebrity David Portnoy announced that he had bought some Bitcoin again.

According to his tweet, Portnoy purchased 29 Bitcoins on Jan. 28, when the coin was changing hands at around the same level as it is today—$37,300.

As reported by U.Today earlier, in August 2020, the founder of Barstool Sports bought Bitcoin, as well as Chainlink (LINK) and Orchid (OXT), persuaded to go into crypto by the Winklevoss twins. He acquired $200,000 worth of BTC.

However, he was quickly disappointed and sold his crypto holdings, losing money on the price drop. Since then, he has been watching the crypto market and sometimes commenting about it on Twitter, arguing with Elon Musk about Dogecoin.

In March last year, Portnoy publicly admitted that he was wrong about Bitcoin.

Earlier today, President of El Salvador Nayib Bukele took to Twitter to suggest a reason why a "gigantic price increase" for Bitcoin is only a matter of time.

He assumed that, very soon, millionaires (he stated that there are slightly over 50 of them in the world) would want to own at least one BTC. With a fixed emission of only 21 million coins and over 18 million being in circulation already, it will obviously not be enough.

Therefore, the Bitcoin exchange rate against the USD is likely to soar, Bukele believes.

Meanwhile, according to data provided by Glassnode, the number of addresses holding more than one Bitcoin has dropped to a one-month low of 810,995.