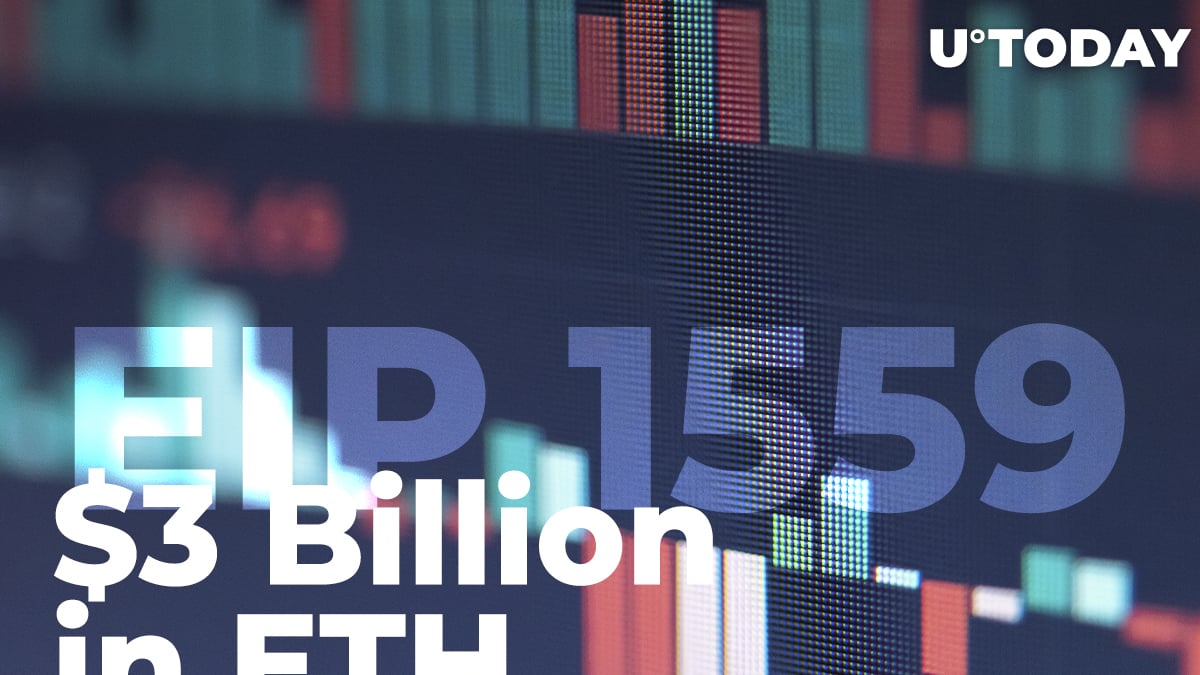 The aggregated USD-denominated value of Ethers (ETH) destroyed after the implementation of a novel fee mechanism has surpassed its historic level.

According to the latest announcement shared by automated Ethereum (ETH) network tracking services, the blockchain destroyed 710,000 Ethers by Nov. 1, 2021.

As such, amid the ongoing Ethereum (ETH) price upsurge to $4,350, the value of tokens excluded from the net circulating supply of Ether exceeded $3 billion for the first time in its history.

As covered by U.Today previously, the $2 billion milestone was registered on Oct. 25, 2021. It took less than one week for the second cryptocurrency to destroy its third billion dollars.

Ads
Related
$2 Billion Worth of Ethereum Burned Since August

Ethereum (ETH) token's burn mechanism was implemented in the network in August 2021. With EIP 1559 activated, a share of transactional fees are periodically sent to a "burn" address.

Despite being the most controversial upgrade in Ethereum's six-year history, London hardfork with EIP 1559 as its main update managed to made Ethereum gas policy more predictable.

The rate of Ethers burned rises hand-in-hand with network activity increases. More transactions are included in the blocks, more Ethers are destroyed.

Last week became the first deflationary one in Ethereum's (ETH) history: the network destroyed more Ethereums than it issued.