22,550 Bitcoins Moved from Exchanges While MicroStrategy Began Raising $400 Million to Get More BTC

Yuri Molchan
Largest aggregate amount of BTC in 2021 was withdrawn from crypto exchanges while MicroStrategy started raising money to get more Bitcoin, and BTC dropped to a new low later on 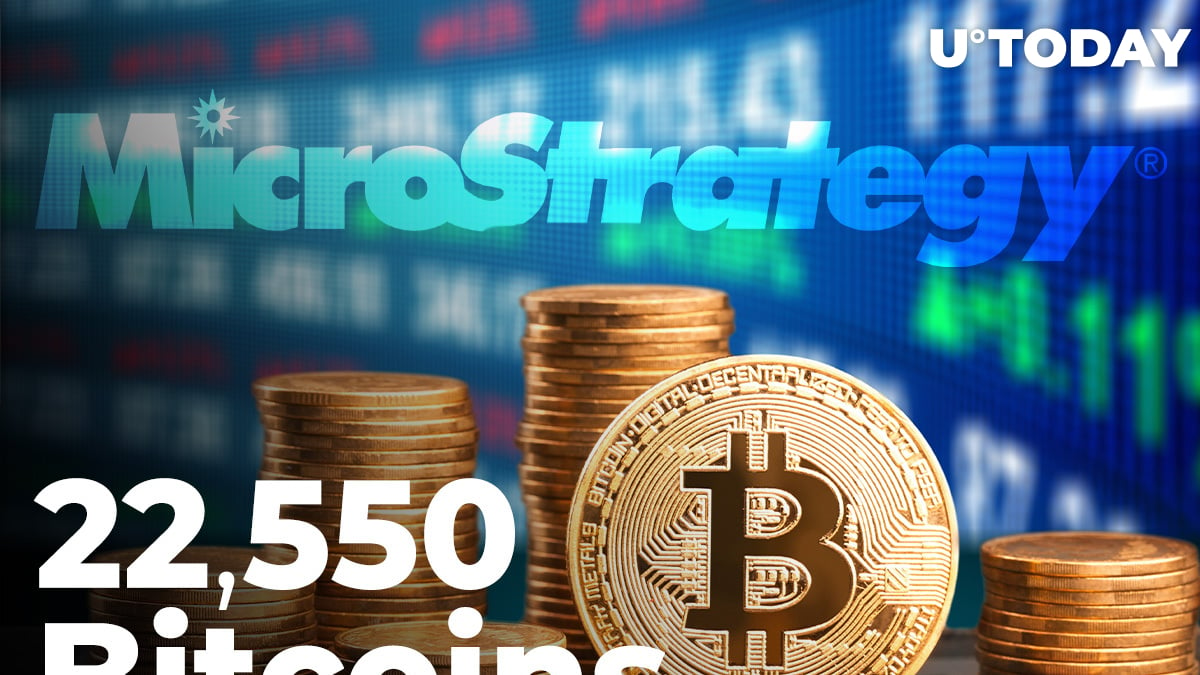 Data provided by the Glassnode analytics agency shows that a whopping 22,550 Bitcoins were moved from crypto exchanges in aggregate on Monday.

The tweet was shared by the CIO of Moskovski Capital.

The aggregate amount of Bitcoin withdrawn from exchanges totals a massive $743,604,290 in fiat.

This has been the second fundraising drive by the company this year to purchase the largest crypto by market cap. In February, it managed to attract $1.05 billion from shareholders for the same purpose.

In addition, later on, the flagship cryptocurrency dropped to the $32,000 level on the news of the FBI and U.S. DoJ seizing $2.3 million in Bitcoin from the DarkSide hackers' wallet.

This massive amount of BTC (22,550 coins) was likely bought on the dip and withdrawn to cold storage wallets. The chart shows that the amount of withdrawn Bitcoin has been the largest this year so far.

The same source also shared that after the business software-producing giant published a press release about starting to raise $400 million to purchase Bitcoin, a sum of stablecoins worth close to half a billion USD was deposited to crypto exchanges.

The likely purpose of these deposits was Bitcoin purchases.

Peter Schiff runs a bearish poll on BTC and ETH

After Bitcoin declined to the $32,000 area, the vocal BTC hater and gold bug Peter Schiff tweeted that he expects it to keep going down and hit $10,000 in the end.

He also published a poll in which he offers his half a million followers to choose which bearish event will happen first: Bitcoin dropping below $30,000 or Ethereum plummeting under $2,000.

So far, 48 percent have voted for Bitcoin breaking below $30,000 first. However, 41 percent believes neither will happen.

A total of 21,664 respondents have taken part in the poll so far.