Yuri Molchan
Prominent crypto trader Tone Vays slams DeFi, calling it nothing but Ponzi schemes and greater idiocy than ICO was in 2017 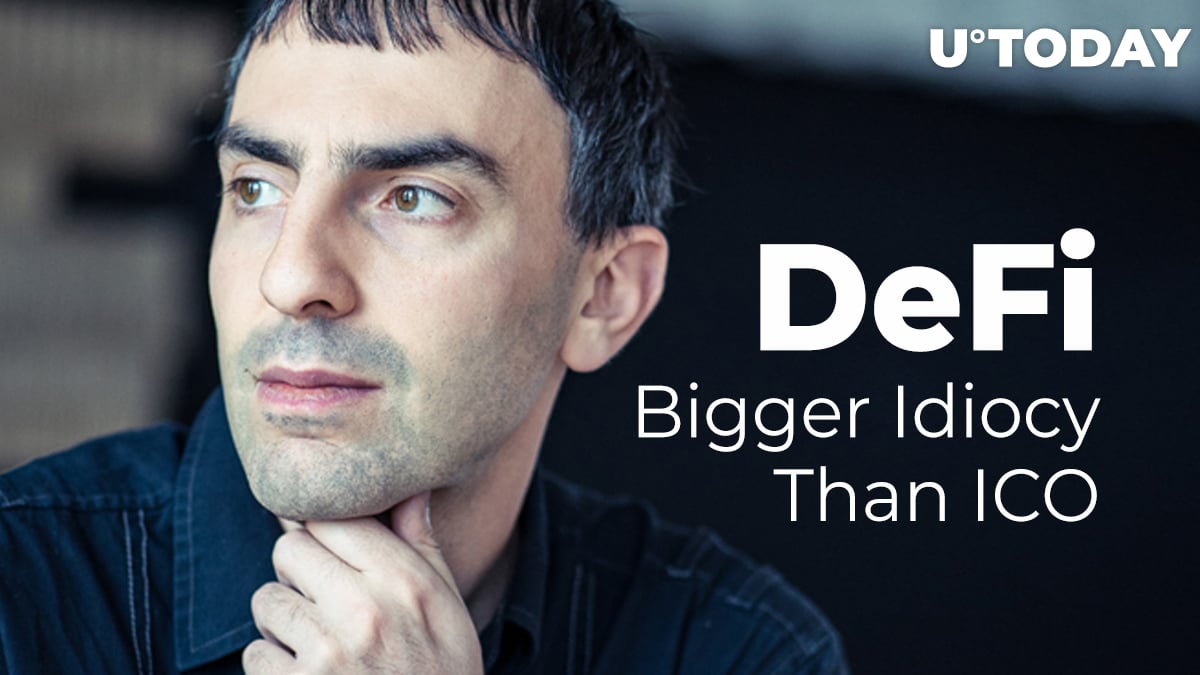 Renowned crypto trader and Bitcoiner Tone Vays has spoken to Forklog about DeFi and explained why he believes it to be a mere Ponzi scheme and "bigger idiocy than ICO was."

He also slammed the Fed's intention of setting up digital wallets for U.S. citizens to hold and distribute digital survival cash.

In the course of the discussion, the trader shared his opinion regarding the Fed's plans to set up digital wallets for Americans and give them the next round of helicopter money in the form of digital USD, holding that money for them.

This may lead to the disappearance of commercial banks in the U.S. altogether, with only the central bank remaining. He is vehemently against this possible turn of events in the future, since in that case all the funds of the U.S. population would be totally in the hands of the government.

It would be able to impose any control measures on U.S. citizens' money, from extremely high taxation to simply freezing accounts.

He added that the U.S. built itself and its capitalistic system thanks to those commercial banks, and the theoretical presence of only one bank—the Federal Reserve—reminds him of the Soviet period in Russia, when everyone had to keep their money in the country's central bank.

DeFi is even bigger idiocy than ICO was

Tone Vays also slammed the current DeFi craze that is growing wider and larger in the crypto community and explained that he is strongly against the so-called yield-farming offered by DeFi projects in particular.

The trader believes that DeFi tools have not brought anything new to the global community, since it means taking collateral from people (in the form of Bitcoin or Ethereum in this case) and giving them crypto tokens instead, which can be traded later on.

These new tokens for yield-farming, as per Vays, grow in value due to the growing amount of valuable crypto locked in its apps. Then, when these tokens surge, their creators just sell their bags and leave.

Besides, after users provide BTC or ETH as collateral, these major coins may drop in price and lose money.

In the end, Vays called DeFi even greater idiocy than ICO was in 2017. He believes that, in about a year, the U.S. SEC will become interested in DeFi and start regulating it with abandon.