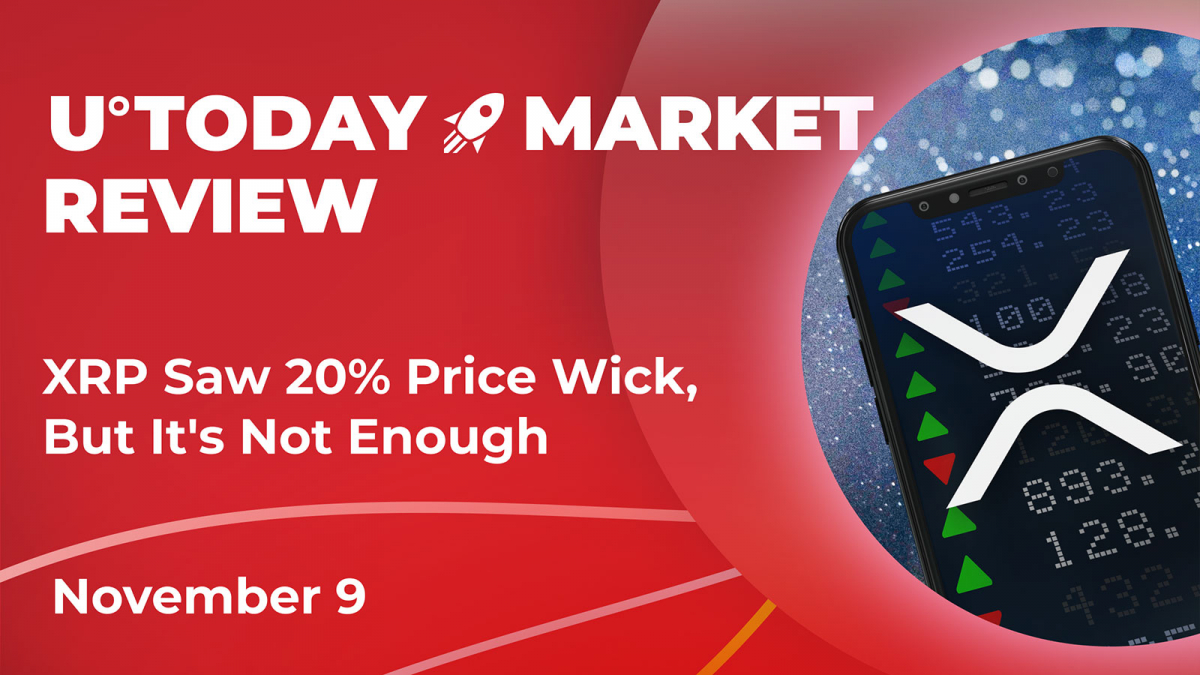 The cryptocurrency market entered one of the deepest stages of the bear market. The FTX situation caused massive liquidations and double-digit losses on some assets. Yesterday, XRP showed us a solid 20% bounce, but it was not enough to cause a reversal.

After circulating rumors started looking like the truth, XRP, in a similar fashion to other cryptocurrencies, started to rapidly lose its value, plunging to the pre-pump levels we saw back in September.

According to derivatives trading platforms, millions worth of XRP longs got liquidated, with traders having to close positions opened at local highs. However, the spike in the liquidation volume attracted the attention of investors who tried to catch a knife and did so successfully after the 20% wick we saw yesterday.

However, a short-term 20% bounce was not enough to cause a reversal on XRP and, the next day, the asset continued its journey to the year's lows and is now trading at $0.37 — almost the exact price level that became the foundation of the rally to the $0.55 high.

Nevertheless, by taking a look at volume profiles on XRP, we can clearly see that panic or enormous outflows from the asset did not cause the sell-off, the most likely reason is the general state of the market and market-making procedures.

While the fact that FTX fell under the pressure of its own users and had no other choice but to ask Binance for help feels shocking, the effect on the market did not appear immediately.

The total cryptocurrency market capitalization lost around $30 billion hours after rumors of FTX being insolvent appeared in the space. On the day that Binance announced the absorption of its competitor, an additional $50 billion had been withdrawn from the industry. As of today, the total volume of funds the crypto market has lost in the last 48 hours is at $130 billion.

Unfortunately, this tendency shows that the whole situation may aggravate drastically even without the appearance of additional risk factors or events that would scare investors even more. Almost every social indicator and metric shows panic among investors, and this tendency will most likely prevail until the end of the week.

Every non-stable asset from the market's top 100 trades negatively in the last 24 hours. This situation will most likely prevail until fresh capital hits the market or the majority of assets become extremely overbought.

Open interest in the majority of positions on the market remains average, suggesting that traders are not yet ready to provide funds to stabilize the situation on the market and form a foothold for a recovery.

Luckily, there is some positivity: liquidation volume on the market dropped to the pre-dump level and now remains at $300 million instead of the $850 million we saw yesterday, which is an average result. This reflects the stabilization of the derivatives market that usually dictates the movement of funds on a spot market.