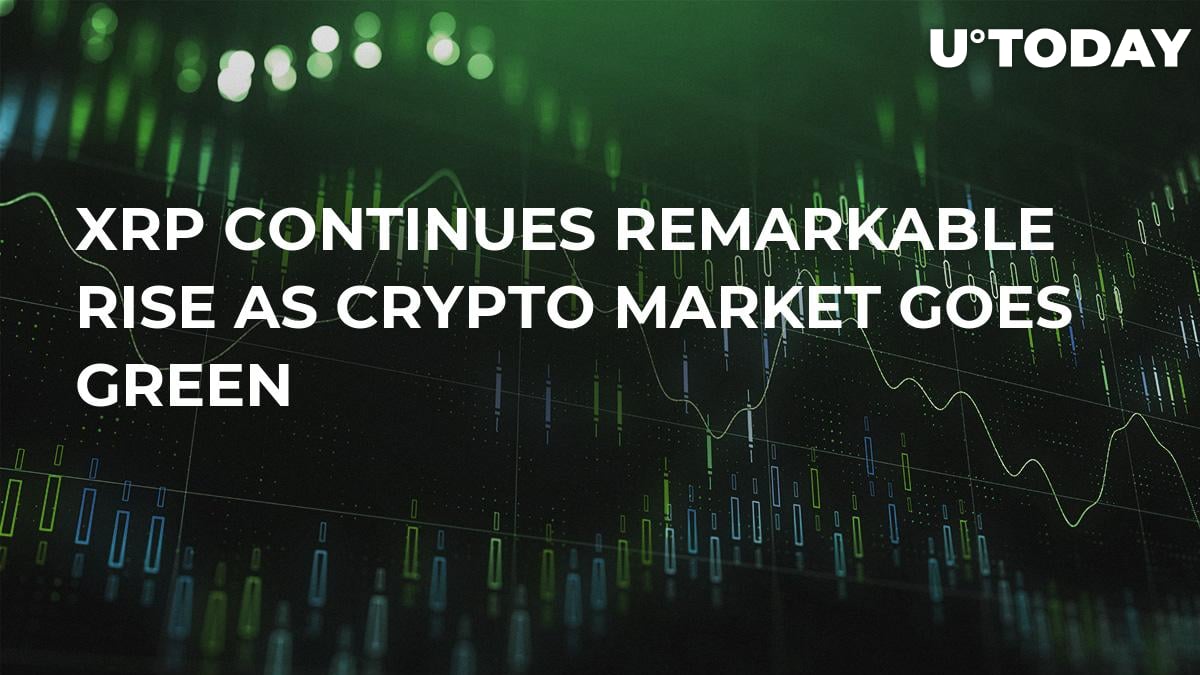 Having made some steady growth through the earlier portion of this week, XRP is racing ahead as its price closes in on $0.50. But, the positivity is spreading as almost all of the coins in the top 100 are showing green numbers, and good growth, especially for those in the top 10.

Bitcoin and Ethereum have both crossed key support prices of $6,500 and $220 respectively while there is also double-digit growth for Stellar, Cardano and Bitcoin Cash.

XRP price is skyrocketing, and this is nothing new for the cryptocurrency which is primarily linked to inter-bank payments, as it was the top performer of 2017 having rallied the most through December 2017.

Many are putting this latest rally down to the new product linked to XRP from Ripple, xRapid.

"The main development fueling this drive is the upcoming xRapid release, which, many believe, will lead to real-world usage of XRP and push the price even higher," he added.

xRapid uses XRP as a sort of bridge between currencies. This will allow banks and payment providers the ability to process cross-border transactions faster.

With xRapid, if a bank wants to process a transaction from US dollars to another currency, the process would be greatly sped up as the dollars will be converted to XRP tokens and the money will then be moved overseas after it is converted back to the other currency.

It is uncertain if it is Ripple’s announcement and subsequent boost in their price that is driving up the prices of the rest of the cryptocurrency market, but there is a large wave of positivity being felt. The entire market cap has gone up from under $200 bln to $214 bln with Bitcoin's market dominance still over 50 percent.

Bitcoin itself saw a small flash crash which took it back down to $6,200 before rebounding from that sell off to steadily grow past $6,500 as the week has worn on.

Stellar is another coin that is performing well and has been for the past seven days, even when the market sentiment was done. It is up 17.4 percent in the last 24 hours and looks ready to keep climbing.

However, despite the big rally from XRP, it is the 72nd ranked coin by market cap, MonaCoin, which is showing the biggest rally, having jumped a massive 54 percent in the last 24 hours. It has gone from a low of $0.86 this week to a high of $1.34.