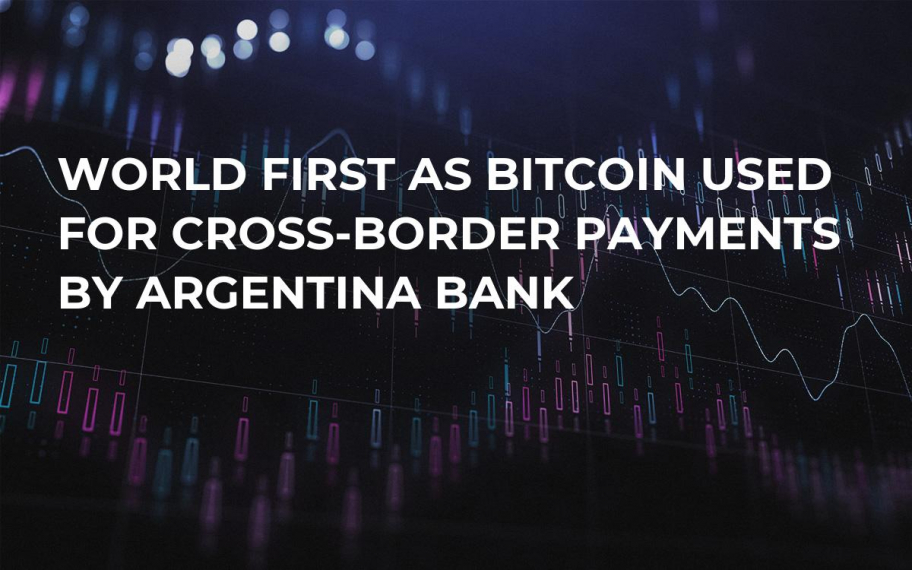 In a rather big step with regards to Bitcoin’s adoption and use case in the traditional sectors of banking, the digital currency will be replacing Swift in an Argentinian Bank. Argentina's Banco Masventas Bank has revealed that it will allow its customers to send cross-border payments with Bitcoin.

The bank, in partnership with Latin America-focused exchange startup Bitex, claims that this is the first time that they are aware of that a domestic bank has adopted Bitcoin for such a use.

The move is being motivated by a move towards a broader drive by the bank to enhance its digital, smartphone-based services, as well as to lower the bank's cost of service.

"One of the actions was to contract Bitex as a strategic partner in the implementation of the Bitex platform for payments and collections operations for our clients abroad," he said.

As this is a first for domestic banking there is still a few kinks that need to be worked out, and the plan itself makes it simpler than just handing over Bitcoin to everyday bank users.

Bitex Chief Marketing Officer Manuel Beaudroit explains that the customers do not actually use Bitcoin, it is all done through the bank and the exchange who acts as a provider.

"The customers will ask the bank to do an international payment, and the bank uses Bitex as a provider. For the customer, it's transparent, they don't touch, they don't see the Bitcoin. We are a provider for them, and they are not touching Bitcoin," he said

Getting the best out of Bitcoin

It has long been held that Bitcoin can be much more superior to banking methods of moving money, especially internationally where fees and waiting times are extremely tedious. Bitcoin’s ability to transfer value across the globe in a matter of minutes for fees that pale in comparison are very attractive to bank customers.

This must also be a driving factor behind banks moving in this direction towards cryptocurrencies as customers who may not understand Bitcoin understand that they can have an option to get their money around the world, and banks need to keep up.